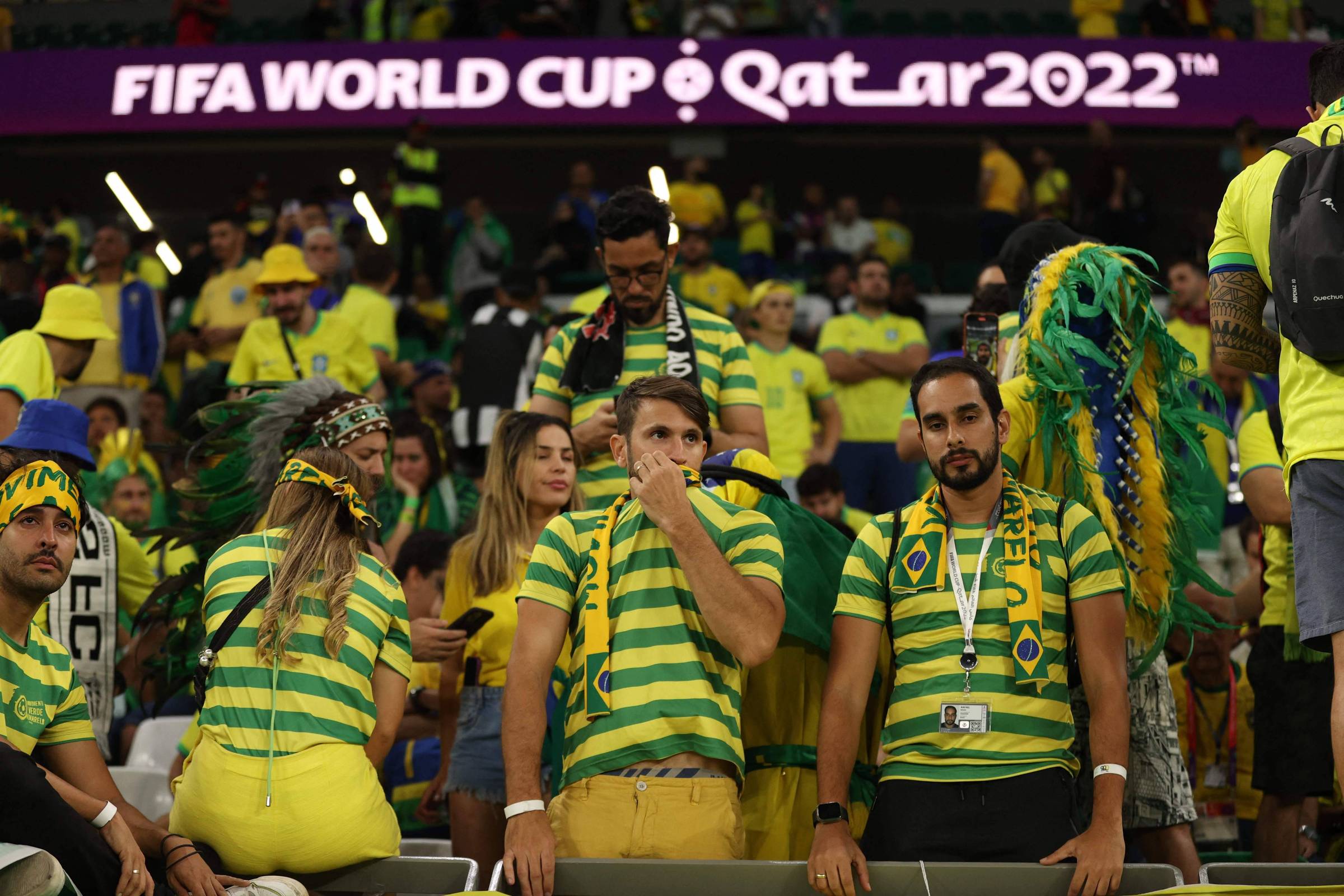 The end of the World Cup for Brazil caused a stampede of Brazilian tourists in Qatar. With the team’s defeat to Croatia, fans who had tickets purchased for after the final rescheduled their flights and are leaving the host country earlier.

At Hamad International Airport, in Doha, Brazilians were waiting for a flight to São Paulo this Sunday (11). Unlike the flights to Qatar, which were filled with cheers, chants in favor of the national team and costumes, this time the fans opted for a more sober personality.

If it were not possible to hear them speak Portuguese, it would be difficult to know that they were Brazilians boarding. Even green and yellow T-shirts were not the option of the day for most passengers.

Mariana Neme, 42, had initial plans to return home to Brasilia right after the game against Croatia. Confident in the selection’s triumph over the European team, however, she postponed her trip to also watch the semifinal. But victory did not come.

The day after Brazil’s defeat, his first task was to reschedule the flight again, this time to anticipate his return. Without the national team in the championship, she no longer wanted to follow the World Cup. The exchange cost $50.

“Coming back because Brazil lost, there is no more Cup, the city is dead. I have received a lot of messages from Qataris and Brazilians that we know here that the country is sad”, he says, while waiting for the flight to the capital of São Paulo.

Brazil lost, there is no more Cup

This Sunday, eight departures from Hamad airport to São Paulo are scheduled. Direct flights, which last an average of 14 hours, tend to be more expensive. Many tourists make stopovers in cities in Europe and Africa, which tends to make the trip cheaper.

Who also rescheduled the ticket was João Mouro, 37. The lawyer was at the airport for his father to board, who was also waiting for the plane to the capital of São Paulo. Moura would stay until the championship final, but as soon as Marquinhos kicked the ball into the crossbar, he was sure he wanted to leave.

He managed to reset the date of his passing, but only two days after his father left for home. Even so, it arrives in Brazil almost a week before the original date.

His flight, with a stopover in Egypt, saved him BRL 3,000 compared to the direct tickets that were available. At the time of the exchange, he was able to reschedule the first stretch at no additional cost, and the second for around R$383.

“I would easily pay triple that, for me it’s like zero”, he says. Mouro, who still didn’t have tickets for the next game, estimates that he saved at least R$12,000.

The Brazilian team also rescheduled the passages as soon as the result became unfavorable. The athletes left the field on Friday night and flew to London, England, in the early afternoon of the following day.

The team was eliminated from the World Cup last Friday (9) in the penalty shootout in the match against Croatia. The game went into overtime, and the green and yellow team got ahead of the dispute with a goal by Neymar, but, minutes before the end of the second extra time, Croatian Petkovic equalized the score.

On penalties, striker Rodrygo started hitting, but the ball ended up in the hands of goalkeeper Dominik Livakovic, voted man of the match. Also missing was Marquinhos, who kicked the post.

Neymar, who would be the last, didn’t even try. In a press conference after the match, Tite said he opted to wear the number 10 last because he has better technical and psychological preparation.

“It’s the fifth and decisive penalty. It’s the one with the most pressure, and [precisa] of a player who has greater quality, it is better mentally to make it happen.”

The coach also confirmed the departure of the Brazilian team. Tite had already said that the World Cup in Qatar would be his last championship with the team and, in a press conference after the defeat, he declared the “end of the cycle”.

“A painful defeat, but at peace with myself”, he pointed out.