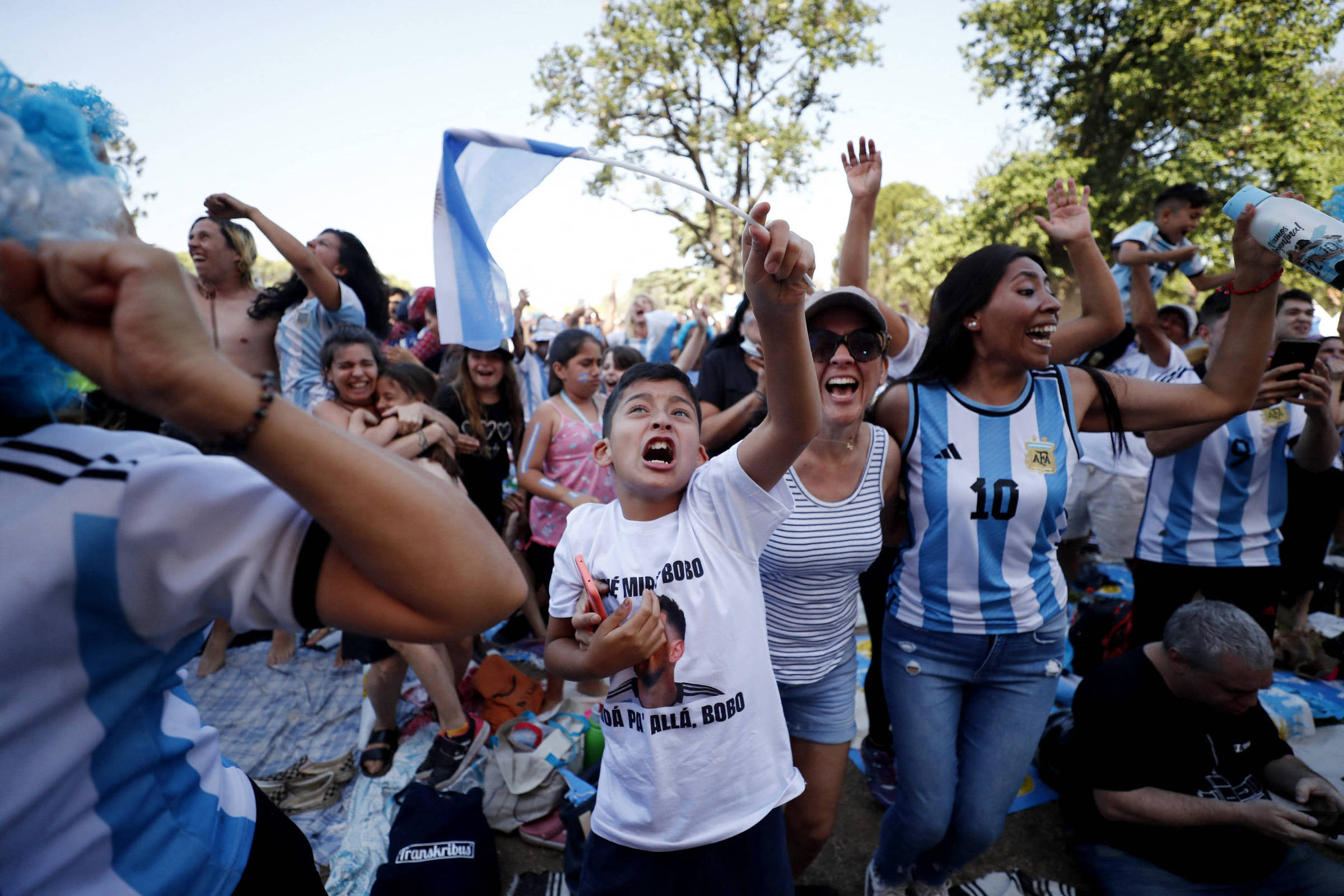 A huge T-shirt with Messi’s number flitted across the sky in the city of Rosario, where the star grew up. Wherever he went, people saluted, got emotional and even sang the anthem.

“We owe them these unforgettable moments in our history”, said Luciana Saponara, 57, a worker in one of the houses in the upscale neighborhood of Núñez, who left work early this Tuesday, to watch the match between Argentina and Croatia, for World Cup semifinals. “I never understand why my son is so fanatical about football, why he screams and celebrates every Boca victory, but today I’m like him,” she says.

In the space reserved for fans in Palermo, the Fan Fest, there wasn’t room for a needle, on an afternoon when the temperature reached 34 degrees. Nicolás and Esmeralda, 24 and 22, were together. “We came with two different groups, but we already knew we were going to watch it together, it’s the most emotional moment of our courtship”, they said.

Unlike previous games, early on the Obelisk region began to fill with fans. The place marks the country’s major political and sports celebrations. It was there, for example, that the Argentines celebrated the Copa America title against Brazil. This Tuesday (13), fans began to arrive as soon as Messi opened the scoring, in a perfect penalty kick in the first half.

Gradually, the Obelisk square became a sea of ​​people, most wearing national team shirts or with the white and blue flag. Fans were climbing the poles, placing the Argentine flag over the street nameplates.

Families walked with children in arms while teenagers arrived in droves, with wigs in the colors of the selection. Even those who were at the Fan Fest in Palermo headed downtown, by bus or on foot.

The police closed some roads so that the public could get around the monument faster. A crowd has not taken over the Obelisk like this since Maradona’s death two years ago. The idol, by the way, was stamped on t-shirts and present in the fans’ songs.

In other cities in Argentina, fans also gathered to celebrate.

If until now goalkeeper Emiliano Martínez and Leo Messi, of course, were the most celebrated figures, the name of the afternoon was Julián Álvarez. The Manchester City striker, formerly of River-Plate, conceded the penalty that opened the scoring and scored the other two goals in the 3-0 victory.

The party had already started before the end of the game, when shouts of “finalist”, “finalist” took all the concentration points among the fans.

At the Fan Fest in Palermo, spectators only started to move after the final whistle. “It was all worth it, we’re in the final, now I’m going home to celebrate with my parents. It will be the first World Cup that Argentina wins with everyone living here in Buenos Aires”, celebrated student Roberto Donioso, 24, sweaty, shirtless and almost if voice.