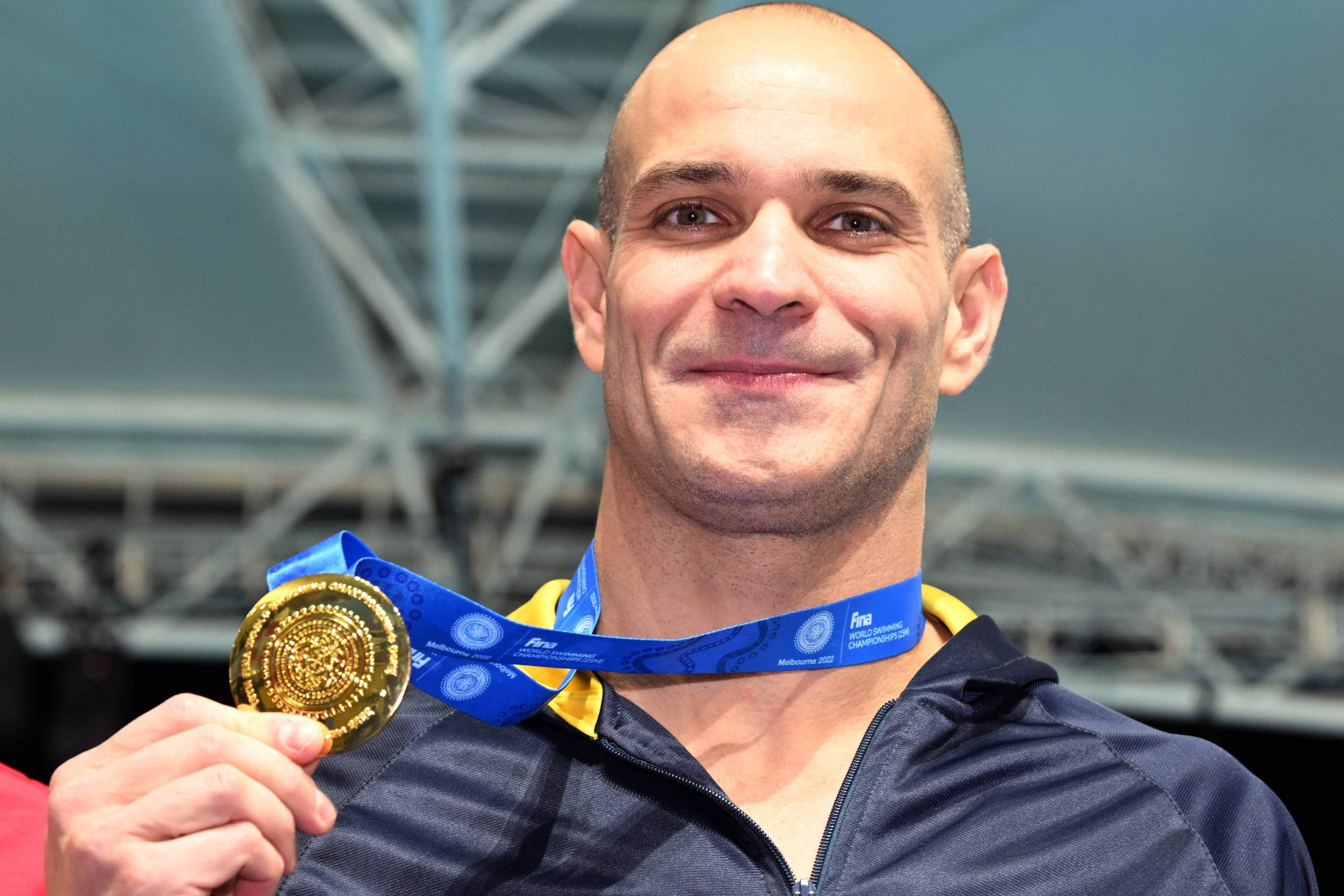 At 42, Nicholas Santos beats his own mark as the oldest to be world champion in swimming

The athlete’s other three golds were won in 2012, 2018 and 2021. The last two already as the most experienced to climb to the top of the podium.

Nicholas also broke the championship record, clocking a time of 21.78. The mark is just above the world record for the race, 21s75, currently divided between the Brazilian and the Hungarian Szebasztián Szabó, 26, who won bronze this morning. The silver was won by the Swiss Noè Ponti, 21 years old.

The oldest athlete to medal at world swimming championships belonged to Nicholas since 2015, when he, aged 35, won silver at the World Championships in Long Course — 50 meters.

Among long and short pool world championships, the Brazilian updated the record in the following years. He was also the oldest to medal in the championships held in 2017, 2018, 2019, 2021, until he won this edition.

Nicholas is also the athlete with the highest number of participations in world championships in the modality. This year’s is his 18th.

The second Brazilian with the most medals at the Short Course World Championship, behind only César Cielo, now retired, Nicholas announced that this world championship was the last of his career.