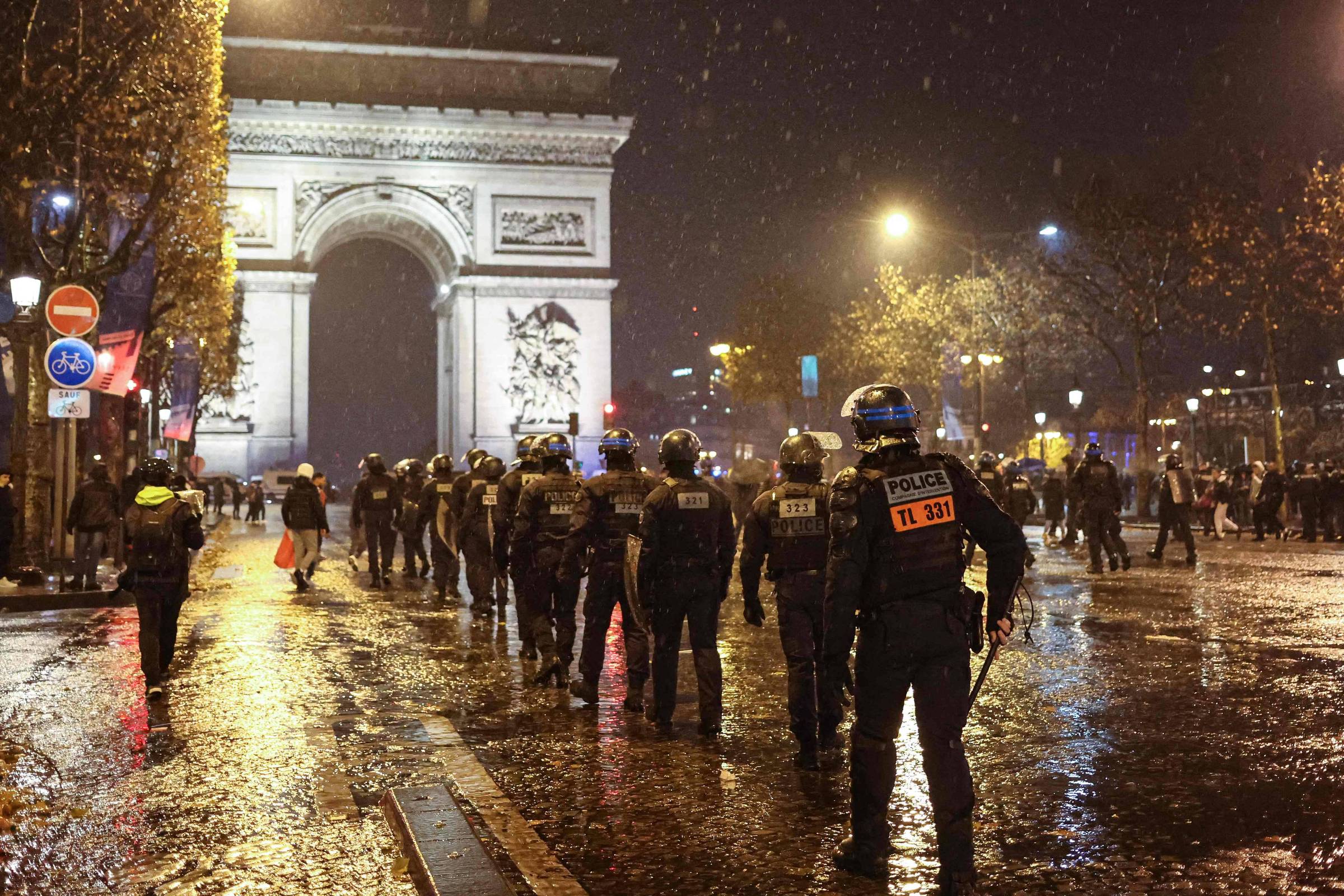 A total of 227 people have been arrested in France, 47 of them in the Paris region, in riots after the World Cup final, the Interior Ministry announced. Argentina beat France on penalties after a 3-3 draw in normal time and extra time.

Security forces deployed 14,000 police across the country, including 2,750 officers in Paris. After the matches against England (quarter-finals) and Morocco (semi-finals), incidents were also recorded.

On the Champs-Élysées avenue, police were attacked with bottles and fireworks. The agents responded with tear gas.

The final recorded an all-time record for audiences on French television, with 24.08 million viewers, reported TF1, the country’s main broadcaster.

The record covers “all programs and channels” without distinction, indicated TF1, based on figures from the French institute Médiamétrie.

This means that France had never registered so many viewers tuned to the same channel to watch the same program.

The previous record was from the 2006 World Cup, when the semi-final between France and Portugal recorded an audience of 22.6 million viewers, according to TF1.

Facebook
Twitter
Pinterest
WhatsApp
Previous article
Dollar rises with an eye on PEC and Gilmar Mendes’ decision on Bolsa Família
Next article
Economist: Greece had the best performance among 34 developed countries in 2022