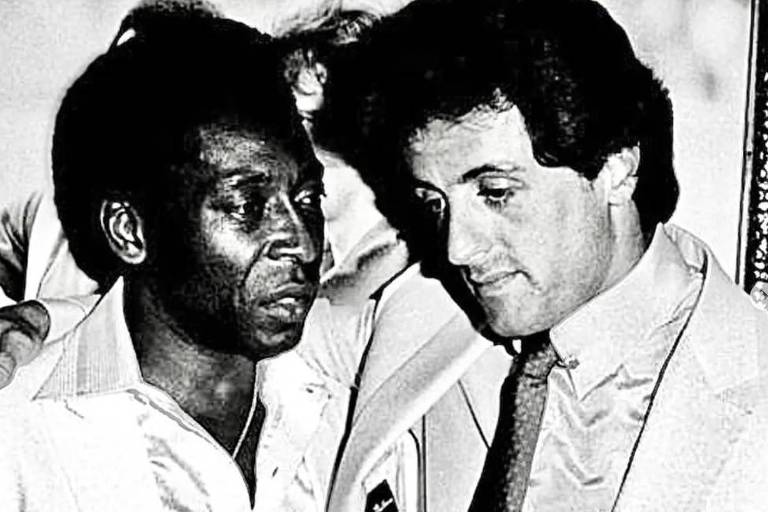 Sylvester Stallone pays tribute to Pelé on social media: ‘He was a good man’

The greatest football player of all time, Pelé has received tributes from world celebrities since his death was announced this Thursday (29) at the age of 82, in São Paulo. Hollywood star Sylvester Stallone paid tribute to the former player. The two acted together in the 1982 film “Fuga para Vitória”.

“Pelé, the great! Rest in peace! He was a good man”, wrote the actor in the caption of the publication in which he appears next to the player behind the scenes of the production. During the recording of the feature, the king of football kicked the ball so hard that he broke the finger of Sylvester Stallone, who acted as an untalented goalkeeper.

The film tells the story of a fictional game between a Nazi team and a team of prisoners during World War II. Stallone told in interviews how the meeting with Pelé was. “I commented that I was going to play goalkeeper and he replied: ‘Really? Have you ever done that?’ I said no and he warned me: ‘You stay here in the goal, I’m going to kick the ball and you won’t be able to do anything about it’. I thought it was silly,” began the actor.

And he continued with the story. “On the second kick, I managed to put my hand on the ball and heard a crack. It went through my hand, broke my finger, tore the net and knocked over the wire tents. I just managed to bow”, finished the boxer interpreter Rocky Balboa.