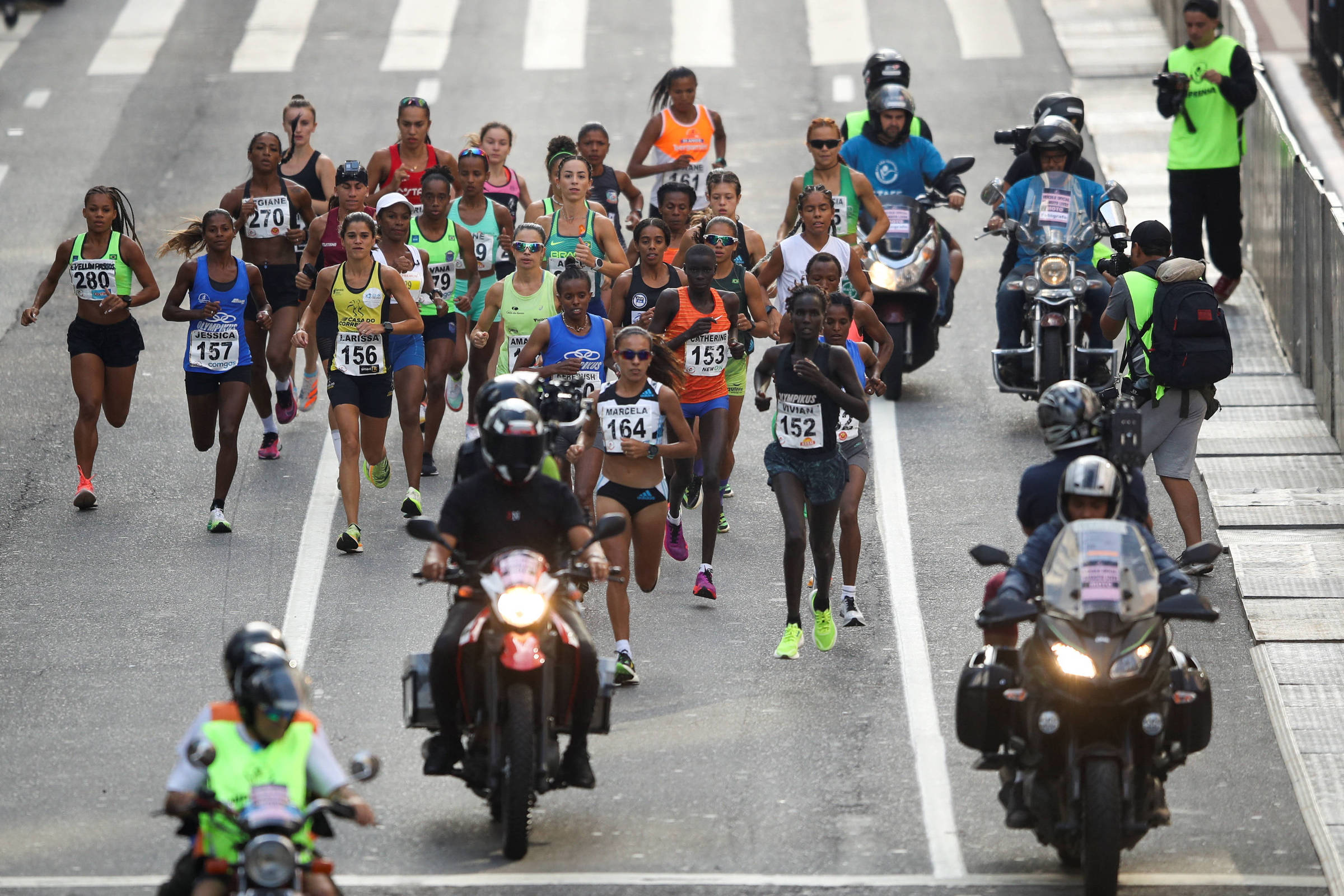 Kenya’s dominance is maintained for another year in the women’s race at the São Silvestre International Race. Catherine Reline, just 20 years old, was the winner of the category in the 97th edition of the street competition, held this Saturday (31), in São Paulo.

Despite her young age, the athlete had won the Italian Half Marathon this season and was already considered one of the highlights of the female elite. She crossed the finish line with a time of 49min39. The record belongs to another runner from Kenya: Jemima Sumgong, with 48min35, in 2016.

Last year, the first place on the podium had also gone to Kenyan Sandrafelis Tuei, with 50min06.

This year’s race marked the farewell of Brazilian Maria Zeferina Baldaia, aged 50, after 21 participations in São Silvestre. She was the country’s third winner in this race, in 2001, after Carmen de Oliveira in 1995 and Roseli Machado in 1996.

Since Lucélia Peres’ victory in 2006, the women’s race at São Silvestre has been dominated by Kenyans. In the 14 races since then, athletes from the country have won 11 times. The only one to manage to break this hegemony was Yimer Wude Ayalew, from Ethiopia, winner in 2008, 2014 and 2015.

In this century, only four winners of the women’s event were not representatives of the continent: the Brazilians Maria Zeferina Baldaia (2001) and Marizete de Paula Rezende (2002), in addition to Lucélia herself, and the Serbian Olivera Jevtić (2005).

No country has as many victories on São Silvestre as Kenya. Among women, there are 14 victories by Kenyan athletes. Individually, the biggest winner is the Portuguese Rosa Mota, champion between 1981 and 1986.

The 97th edition of São Silvestre marked the return of normality at the event after the Covid-19 pandemic. After being suspended in 2020 due to restrictions caused by the coronavirus, last year’s edition had been held with a limit of subscribers (22 thousand).

This time, without limitation, the race had 32,000 participants, according to the organizers. One of the highlights was precisely the increase in female participation, with 35.6% of women in relation to the total number of subscribers, against 29.4% last year.

The main street race in Latin America has a total length of 15 km through the streets and avenues of the city of São Paulo. Both the start and finish take place on Avenida Paulista.

The route also passes through well-known points in the city, such as the Pacaembu stadium, Praça da República and the corner of Avenida Ipiranga and Rua São João.