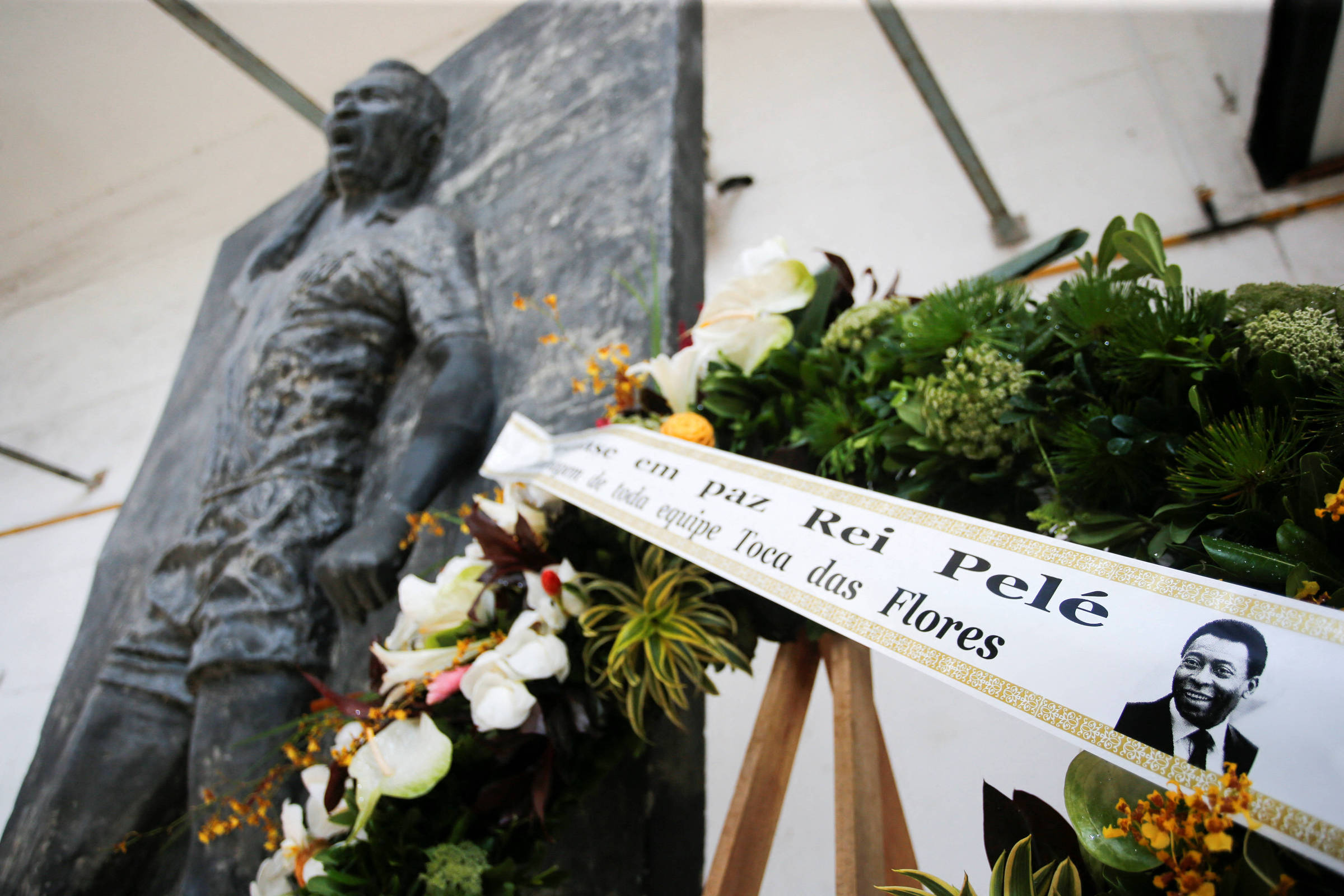 Pelé’s wake must have an open coffin; body transport logistics is set

Pelé’s body will be transported from Albert Einstein Hospital, in São Paulo, to Vila Belmiro early this Monday (2). The special escort will take place along the Anchieta highway, with the help of the Federal Highway Police and the Military Police’s shock troops.

The transfer is scheduled to start at 2:00 am (Brasília time), with an expected arrival at 3:30 am at the stadium, in Santos. The ceremony will be open to the public on the same day, starting at 10 am.

The distance from the hospital, located in the Morumbi neighborhood, to the Santos Futebol Clube stadium, on the coast of São Paulo, is 83km.

The trend is for fans, as well as dozens of journalists from across the country and international news agencies to follow the moment.

There are several station cars parked around the stadium since before the confirmation of the former player’s death last Thursday (29), due to multiple organ failure as a result of the progression of colon cancer.

The King of Football’s body was embalmed and kept in a refrigerated area at the Einstein. The thanatopraxy procedure should allow the coffin to remain open for part of the wake – before, the prediction was that it would be sealed.

Ecovias, the concessionaire responsible for the Anchieta-Imigrantes system, maintains the latest position on logistics, when it said it was “in contact with the body transfer organizers” and that it “awaits a decision from them”.

The concessionaire made itself available and maintained the uphill operation (2×8 lanes) until 5 am on Monday. After this time, normal operation will return (5×5) due to the high flow of vehicles in both directions.

In the uphill operation, the descent of the mountain range is made only by the south lane of Via Anchieta, while the ascent takes place by the north and south lanes of the Imigrantes highway and by the north lane of Anchieta.

Santos City Hall, in turn, informed that several streets around and accessing the stadium will be closed to vehicle traffic from 00:00 on Monday until 12:00 on Tuesday (3).

The ceremony takes place until 10 am on Tuesday, when a funeral procession will begin through the streets of Santos, which will pass through channel 6, where Pelé’s mother, Celeste Arantes, lives.

The burial will be reserved for family members only, scheduled to take place at 2 pm on Tuesday.

Due to the high flow of authorities, guests and fans of the King of Football, the entire ceremony will take place with strict security protocol.

When contacted, the PM did not respond to questions about the company’s logistics Sheet.

Facebook
Twitter
Pinterest
WhatsApp
Previous article
Belo Monte opposes Belo Sun, which wants to explore 60 tons of gold in the Volta Grande do Xingu
Next article
Shakira gives ‘prick’ in New Year’s message: ‘Even betrayed, we have to keep trusting’