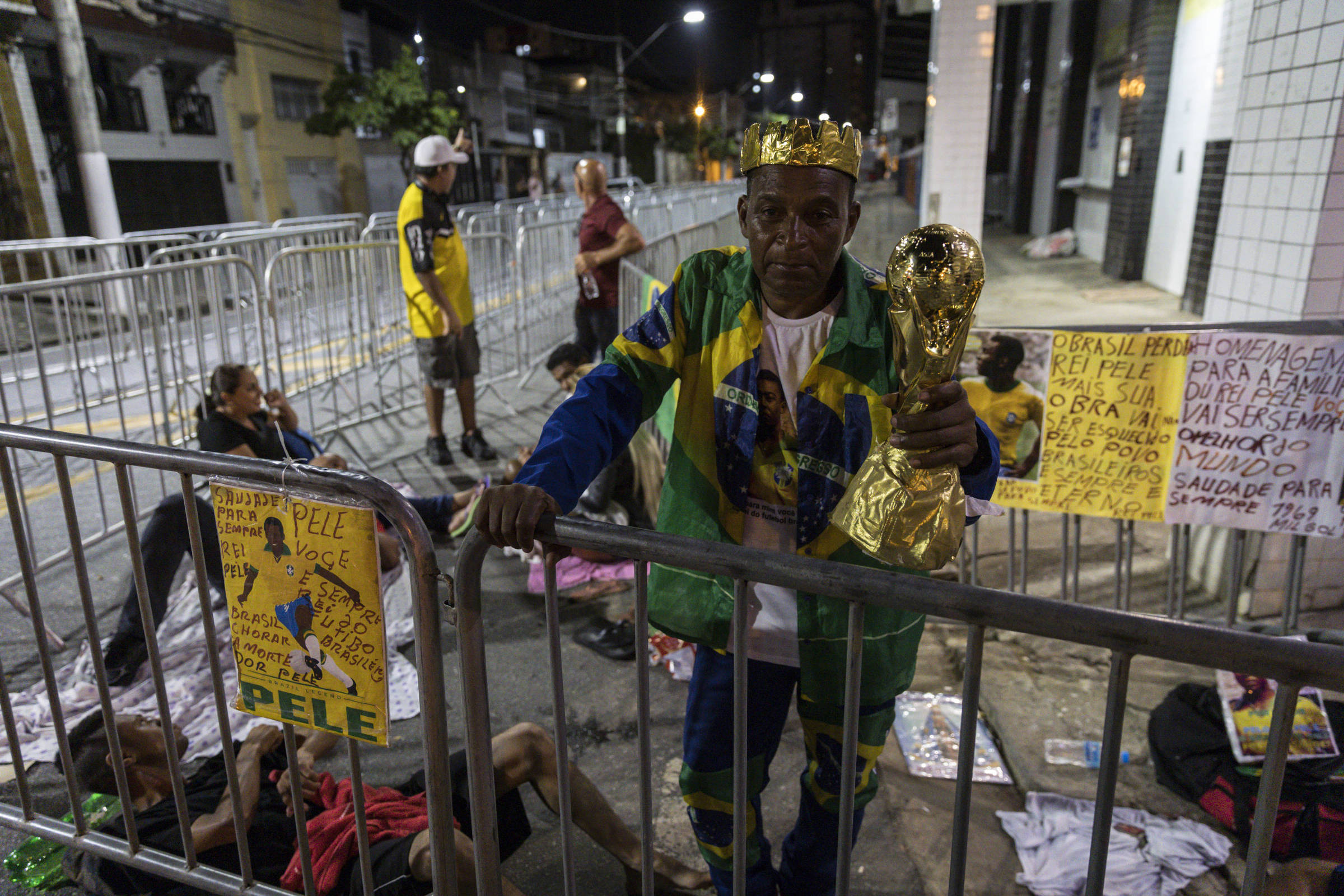 Antônio da Paz, 69, was still living in southern Bahia when he heard the radio announcer shout wildly. It was the narration of Pelé’s thousandth goal, in a penalty against Vasco in Maracanã, in Rio, on November 10, 1969.

He never tired of telling this story early this Monday morning (2) in front of one of the gates of Vila Belmiro.

Seu Antônio da Paz was third in line to see the body of the former player who will be laid to rest on the field at Santos stadium, starting at 10am this Monday.

Wearing yellow clothing, a crown on his head and a replica of the World Cup cup in his hand, the street vendor assistant took a bus in Santo André, in the Metropolitan Region of São Paulo, where he currently lives, and arrived at the door of the Vila in Sunday lunchtime (1), and only left his seat to go to the bathroom.

“I stayed three days outside the Albert Einstein hospital, in the south zone of São Paulo, praying for him”, he said, showing a poster asking for prayers for the recovery of Pele, who died last Thursday (29) from cancer.

Around 1 am, the corridor surrounded by bars, through which the fans will pass, had about ten people. Among them was painter Emílio Carmo, 58, who lives in Casa Verde, in the north of São Paulo.

As a child, he watched a Santos game at the old Palestra Itália stadium, in Pompéia, west zone. And he never stopped being a saint. “Santos tied 1-1 with Palmeiras, with goals from Pelé and Ademir da Guia, look what a privilege I had”, said the fan who arrived in line around 11 am on Sunday.

Dressed in the club’s shirt and a bag with snacks of bread, mortadella and water, the fan said he was there for his mother, a Santos fanatic, who died six months ago at the age of 93.

Around 1:20 am, public servant Adriana Bonfim, 53, sought information about the wake from those in line. She had just arrived.

A resident of Brasília, the Flamengo fan took a plane around 6 pm, landed at Congonhas airport, in the south zone of São Paulo, rented a card and went down the mountain just to attend the funeral of the King of Football.

“I came for everything he represented for the country,” he said. “I tried to convince the men in the family, in vain. And as I found a plane ticket at a good price, I came alone.”

Pelé’s body was expected around 3:30 am in Vila Belmiro, which already has fences to prevent people from accessing where the hearse will enter.

The wake, which will be open to the public and uninterrupted until 10 am on Tuesday (2). The burial, at the Ecumenical Necropolis Memorial Cemetery, will be attended only by relatives and close people.

There will be a parade through the streets of Santos, to channel 6, where Dona Celeste, the player’s mother, lives.