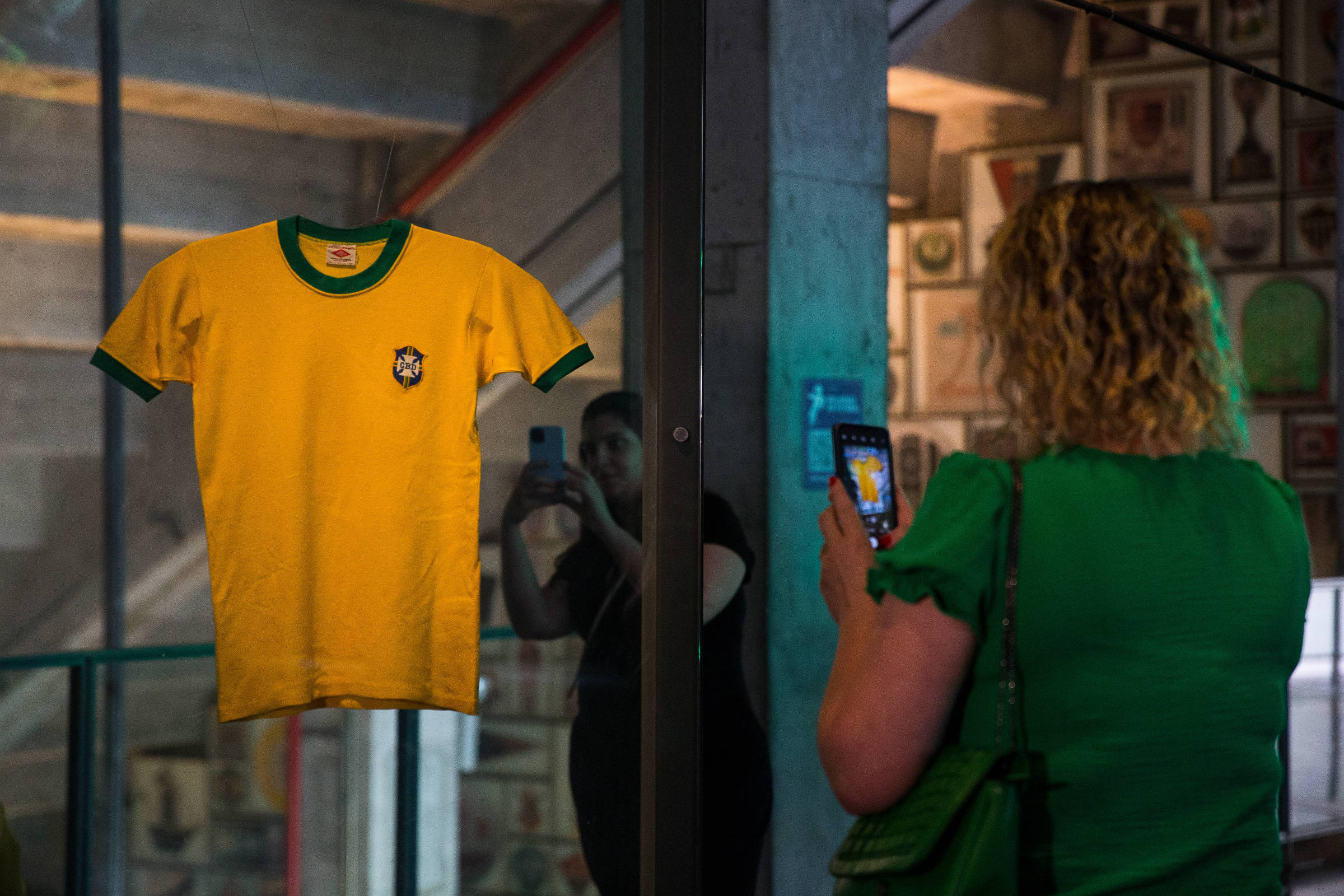 1970 shirt, panel and film make up a tribute from the Football Museum to Pelé

It is impossible to walk through the wings of the Football Museum without running into Pelé at all times. It is the Athlete of the Century who welcomes visitors as they climb the stairs to the first floor of the museum in Charles Miller Square, for example. The player is also highlighted in the part destined for the Cups, with participation in the World Cups between 1958 and 1970 – he won three titles.

Even so, the space at Pacaembu found a way to pay yet another tribute to the King of Football, who died on December 29, aged 82.

In the external area of ​​the museum, a panel was installed with an iconic image in black and white of Pelé, carried by fans, shirtless, after the pitch invasion that occurred after the 4-1 victory in the 1970 World Cup final, in Mexico , against Italy —a game that won the third championship for the Brazilian team.

Until the end of March, the museum will also exhibit the original yellow shirt worn by Pelé in the final of that World Cup — Pelé scored the first goal against the Italians, with a header, and even provided passes for two others, including the fourth, by Carlos Alberto Towers.

In the last room of the museum, there will also be a screening of the film “Pelé 80 – The King of Football”, created by Gringo Cardia to celebrate the King’s 80th birthday.

Facebook
Twitter
Pinterest
WhatsApp
Previous article
Larissa: A woman was convicted of domestic violence for punching her husband
Next article
Antetokounmpo after the 55th: “Many people think my game is boring”!