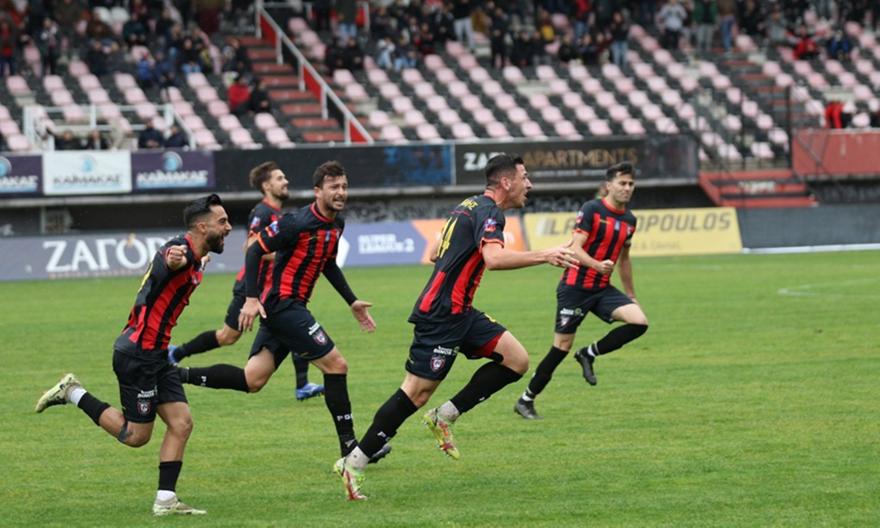 AEK B’ leveled and Panachaki reached the top – Progressiveti “stung” a point in Kalamata!

With an impressive victory (4-0) against AEK B’, Panachaki returned to winning ways in the 12th matchday of Super League 2.

The Achaeans kept in touch with the first places in the standings, “catching” Kifisia on 24 points, which, however, has played four (!) matches less (in two of them luck is pending).

AEK B, on the other hand, experienced its sixth defeat this year and remained in 12th place with eight points.

Panachaki was clearly in control of the match, with Tsakmakis opening the scoring in the 25th minute with a powerful shot, while in the stoppage time of the half, Konstantakopoulos made it 2-0.

In the 51st minute, Bourlakis extended the home team’s lead, with Alexopoulos in the 76th minute making the final 4-0.

Kalamata and Progressiveti were tied 1-1. It was the team of Korydallos who opened the scoring in just the fourth minute with Pavlidis, while the hosts equalized with a well-timed penalty shot by Arnarellis.

With the point, Kalamata reached 18 points and they stayed in sixth place, with Progressive staying out of the danger zone with ten points.

The program of the 12th game

The next (13th) matchday

DAY OFF: Olympiacos B’

Facebook
Twitter
Pinterest
WhatsApp
Previous article
Tomorrow is Tsitsipas’ match with Shiner at the Australian Open
Next article
Understand the Yanomami health crisis, which led the government to declare an emergency