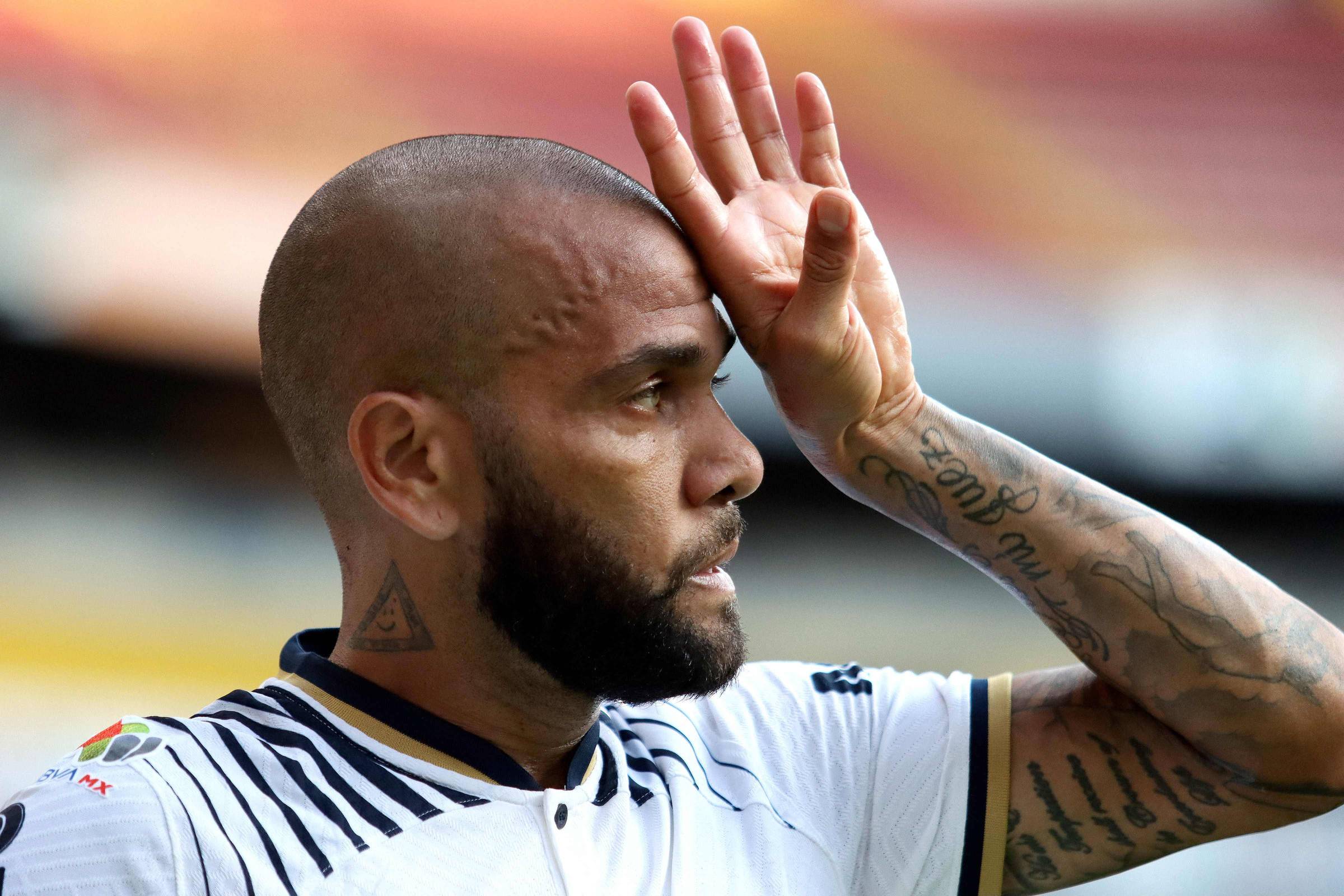 Woman who accuses Daniel Alves of rape says she doesn’t want money, but his arrest

The 23-year-old woman who accuses player Daniel Alves, 39, of rape in a Barcelona nightclub has waived her right to claim cash compensation for the assault. The athlete denies the crime.

She said this during her testimony on Friday (20), which led to the Brazilian player being held in custody, without bail, in a Spanish penitentiary.

The young woman “expressly” renounced exercising that right because her objective is to do justice and make Alves pay with prison. The information was revealed by sources involved in the investigation, according to the newspaper El País.

The Brazilian was taken on Friday night to the Brians 1 prison, on the northwest outskirts of Barcelona. His preventive detention means he could be detained until the end of the investigations, but an appeal is possible.

In his statement, Daniel Alves contradicted himself by saying that the relationship was consensual. Earlier, however, he had said that he had not been involved with the alleged victim.

“I would like to deny everything, first of all. I was there, with other people, I was having fun. Everyone knows that I like to dance. But without invading other people’s space. Always respecting the surroundings. I don’t know who it is this lady, I don’t know her,” he said, on January 5, to a program on regional broadcaster Antena 3.

On the other hand, the woman’s testimony was considered “conclusive” and without contradictions with what she had said on January 2, when making the complaint at a police station. The case is secret from Justice, but some newspapers published what would be excerpts from the speech to the judge.

On Friday night, Alves’ ex-wife, mother of two and current partner, Dinorah Santana, her manager Fransérgio Ferreira and a lawyer traveled from São Paulo to Barcelona.

In Barcelona this Saturday (21), they met with a Catalan lawyer who is defending the player. Alves presented himself without lawyers to the police on Friday morning, when he was arrested.

The case took place in the bathroom of the Sutton Barcelona nightclub, on the night of December 30th to 31st. According to her testimony, Alves called them to the VIP area of ​​the club and offered glasses of cava (sparkling wine produced in Catalonia), which they refused.

Then, the player would have placed himself behind the victim. “He took my hand, put it on his penis and I took it off,” he said in the deposition. Alves would have taken her to the bathroom, where he would have said “that I couldn’t leave and that I had to tell him that I was his little whore”.

Always according to the testimony published by Spanish newspapers, Alves would have forced the woman’s head onto his penis and then slapped her. Then, he would have turned the young woman into position and penetrated her until he ejaculated.

Alves would have said, then, “I’m going to leave first”. After informing the security guards, the victim was seen at Hospital Clínic, whose medical report would point to traits consistent with an assault.

At the time of the alleged rape, Alves had extended his vacation period after the World Cup played in Qatar with the Brazilian team, defeated in the quarterfinals.

This week, he was in Spain after asking Pumas, from Mexico, for the death of his mother-in-law, mother of the Spanish model Joana Sanz. The two have been married since 2017.

On Friday, the Mexican club announced the termination of the right-back’s contract after preventive arrest ordered in Spain.

It was in Barcelona, ​​on the team that bears the name of the city, that the Bahian built a good part of his career and won most of his titles. He ended his most recent spell with the blue-grey team in mid-2022.