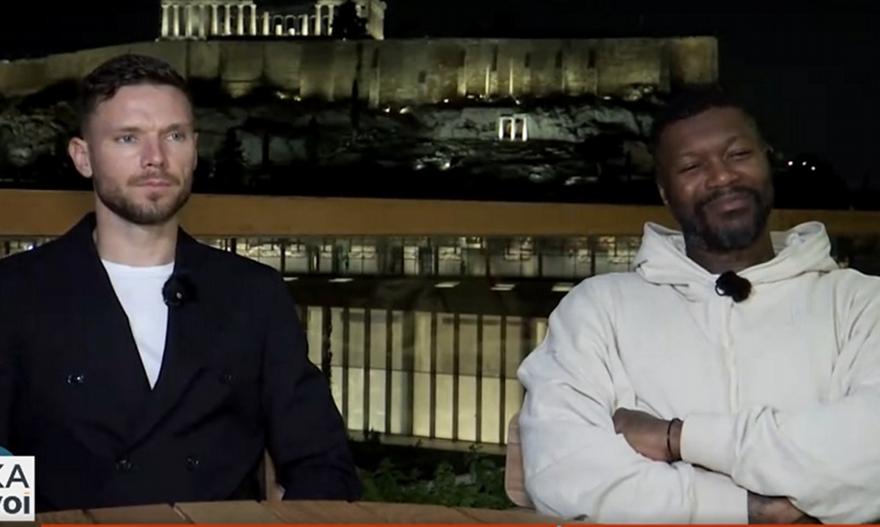 Cisse-Berg: “The time has come for Panathinaikos to win the championship

Two legends of him Panathinaikou and the top strikers of the team in recent years, o Jibril Cisse and Marcus Berg, will be the honored persons and the dignitaries at tonight’s derby with PAOK at Leoforos (7:30 p.m.). The two spoke to SKY and Nikos Pagakis for their return tonight and more.

“I feel really happy and excited. It’s been a while since I saw Panathinaikos fans“, said the Frenchman, for the Swede to add: “I will agree. It’s a big thing. We both had wonderful moments at Panathinaikos and to have the opportunity to return to the Avenue, to see the team and the fans, is something very beautiful».

For Cisse it will be a taste of the Avenue, in which he has not competed. “In my time we played in OAKA, but I would like to play in Leoforos, because the atmosphere there is more intense“, emphasized Berg to complete: “That’s right, the stadium is… on fire. It gives an extra boost to the team. It is the place that has the craziest fans».

Both are very optimistic, both for tonight’s derby and for the league. “It will be… wow! Panathinaikos and PAOK, on ​​the Avenue, there will be an intense atmosphere. I see a 2-0 or 3-0. Honestly and clearly. It is a very important game, Panathinaikos must win. I see the Panathinaikos champion, yes!said Cisse.

“Having the fans on your side in such an atmosphere is an advantage and that makes the difference in games like this. I think it’s time for Panathinaikos to win the championship. He has a very good coach, good players and they are firstBerg emphasized.

The big question is whether they could fit together in the Panathinaikos lineup. “I believe we could. We have a different style, we would just argue about penalties. He has scored many and important goals, his CV speaks for itself“, Cisse emphasized about Berg, while the latter stated: “Everyone can play with Jibril. He is fantastic, a legend».

Finally, they sent their own message to the world. “I look forward! Let’s hope the team wins so we can have a proper party“, Cisse’s words, while Berg said in fluent Greek: “Always only!».