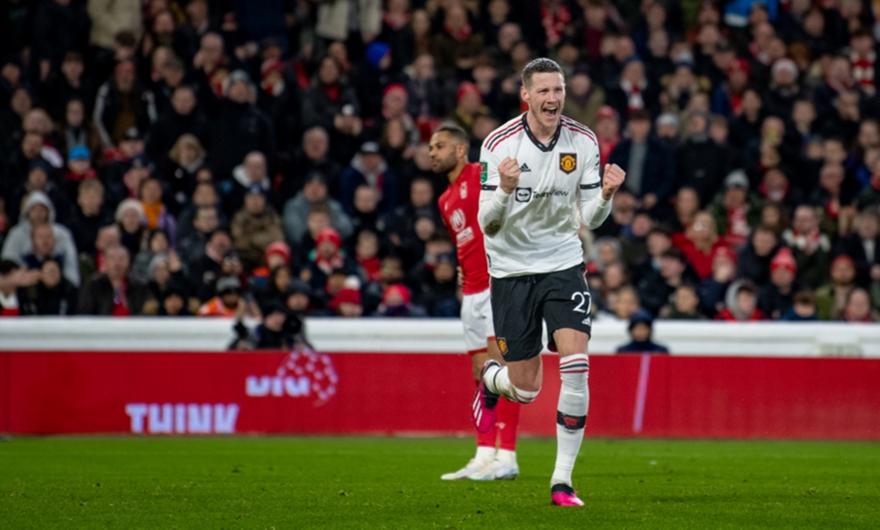 He got past Nottingham and Manchester United is in the final

Near the ticket for the League Cup final is the Manchester Unitedwhere was imposed 3-0 by Forest in the Nottingham and made an important qualifying step – with the owner of “garibaldis”, Vangelis Marinakis, closely watching the match.

The “red devils” froze the “City Ground” in just the 6th minute, with the in-form Rashford to make a stunning slalom down the left and beat Hennessy for 1-0.

The home side thought they had equalized in the 23rd minute, but Sarridge… was caught offside and his goal was disallowed after VAR was used. Forest didn’t give up and continued to press, but Scarpa, Johnson and Gibbis-White were unlucky.

As if that wasn’t enough, at the end of the first half United doubled their lead with a close range effort from Weghorstwho scored his first goal in the shirt of the English team.

In the second half, Eriksen had a crossbar in the 54th minute and then the match seemed to… get stuck at 2-0, until he shaped the final result with a powerful drifting shot in the 89th minute. Fernandes.

The rematch is scheduled for February 1st, with the winner playing Southampton-Newcastle (0-1 in the first leg).

Facebook
Twitter
Pinterest
WhatsApp
Previous article
Tim Allen denies having shown his penis to Pamela Anderson in the backstage of the series
Next article
Opinion – Jorge Abrahão: Paulistano is dissatisfied with his city