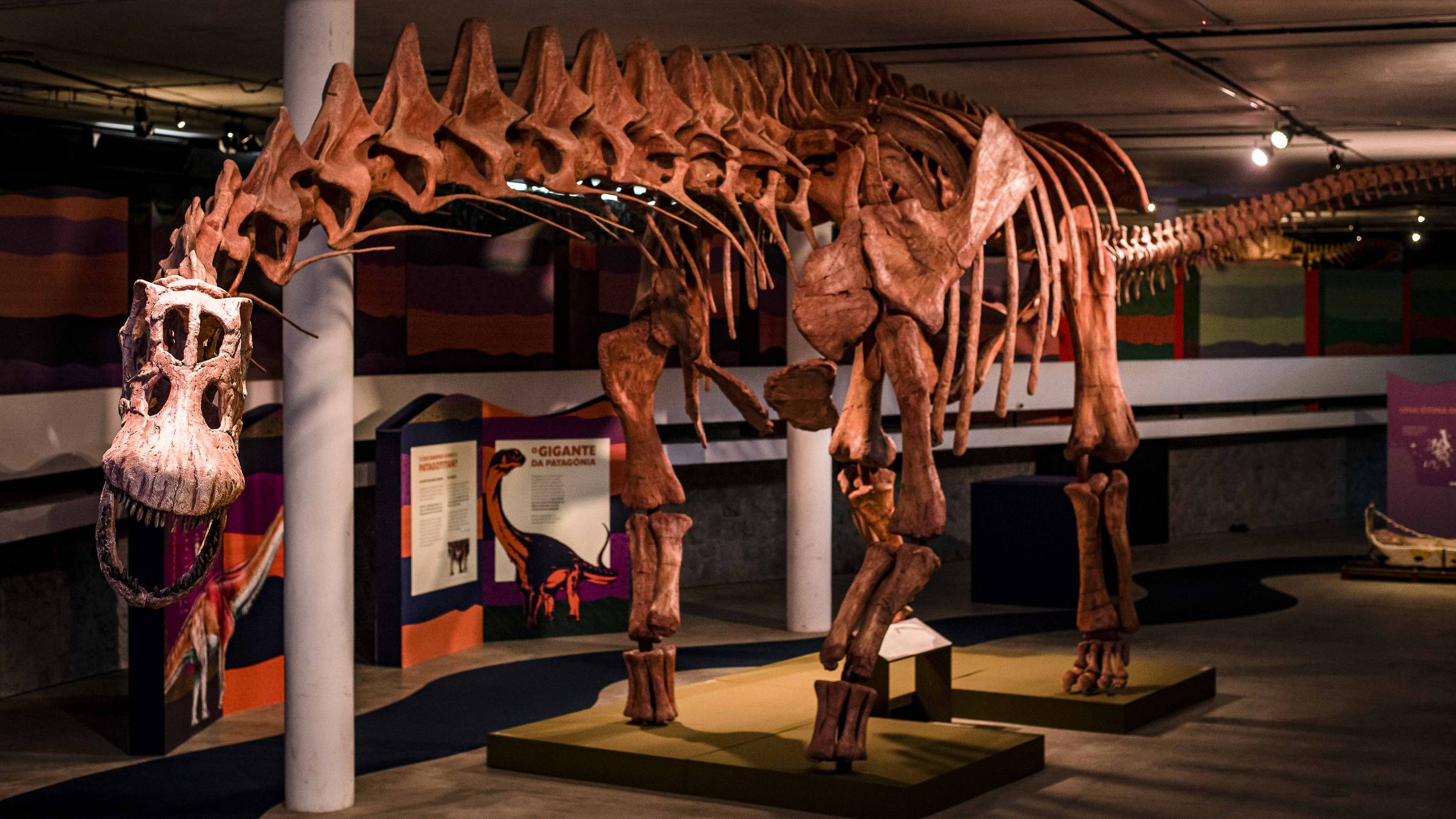 For Argentine paleontologist, there is a lack of data to explain the origin of superdinosaurs

Argentine paleontologist Diego Pol has already named dozens of species of dinosaurs and other prehistoric monsters, among which one of the main candidates for the largest land animal of all time stands out. O Patagotitan mayorum it may have reached almost 40 meters in length and weighed about 70 tons — a size so enormous that it and other similar creatures are still a mystery.

“Data is lacking on the origin of extreme gigantism,” Pol told Sheet during his recent visit to São Paulo, to honor the exhibition of a complete replica of the dino skeleton in the exhibition “Dinosaurs: Patagotitan — The Biggest in the World”, in Ibirapuera Park.

For Pol, who works at the Egidio Feruglio Paleontological Museum in Argentine Patagonia, the key to understanding the size of the animals will come from discoveries in rocks that are now rare and underexplored, and also from a better understanding of the ecosystem in which they lived.

In the interview, he predicts a bright future for Brazilian paleontology and argues that dinosaurs are a window to understand the environmental crises of the present.

Are there already solid ways to explain how sauropods became the largest land animals of all time? I think we have an initial and rough idea of ​​how they became so immense, but the big challenge is still to find key moments in the evolution of gigantism that are missing.

In the last ten years, we have learned a lot about the transformation that has taken place since the small dinosaurs of the Carnian [a partir de 237 milhões de anos atrás], which were animals the size of a cat, until we got to those that were equivalent to an elephant. We were able to understand this leap, especially thanks to the fundamental findings in Brazil, Argentina and South Africa.

However, what is lacking is data on the origin of extreme gigantism. And this happens because we still know very little about a very important phase that is the Lower Cretaceous, between 150 million and 100 million years ago.

We have a very big gap, and that’s where the origin of supergiants lies. O Patagotitan, which is 100 million years old, shows that at the end of this period, they have already reached their apex. Knowledge about this phase is very little worldwide and especially here in South America.

What explains this gap? This gap exists, in part, because there are fewer rocks that age, but also, when they do exist, they can be rocks where fossils are harder to find. And it’s only natural that paleontologists end up digging deeper where they find fossils most often.

In the case of Argentina and Brazil, for example, many Carnian fossils are appearing. Noriano [a partir de 227 milhões de anos atrás] there is not such an abundant material. Sometimes you have to go to places that aren’t so easy to excavate because that’s where the biggest news can be. It may take you many days to find a single fossil, but it will yield more information than many fossils from elsewhere.

While these data do not appear, what other mechanisms could have driven supergigantism, from a hypothetical point of view? One thing we’re starting to understand in more detail is Cretaceous climate change. It is very likely that these changes, which affect the primary productivity of ecosystems [a quantidade de vegetais crescendo num ambiente]have a relationship with this increase in size.

when we see the Patagotitan and we compare it to a smaller titanosaur, we’re not seeing a body plan [a estrutura anatômica do corpo] completely different. We make histological cuts on the bones [para analisar as células ósseas] and it’s all very similar.

So to understand what happened, we need to understand ecosystems. For this, the future will involve global comparative studies that bring together dinosaur specialists with paleobotanists, with geochemists, who will help to understand the cycle of oxygen, carbon, etc.

This could also indicate why this gigantism appears at that precise moment and why, after the Patagotitanthe body size of South American titanosaurs ends up decreasing a lot.

As a Brazilian, it’s hard not to feel a twinge of envy in front of Patagonia’s spectacular fossils. What factors explain the paleontological richness of the region? Well, South America is a huge, giant continent, and I think the more we learn about the Cretaceous, the more we realize that there are natural biogeographic differences. So, the Late Cretaceous fauna of Patagonia and that of Brazil are quite similar, but they are not the same, and there must have been climatic and environmental constraints behind it.

Now, of course, in Patagonia paleontological exploration is easier, finding outcrops is not difficult because there is no vegetation. But Brazil is a giant country and I am really fascinated by what has happened in the last decade here.

I believe that the future of discoveries in Brazilian territory is as promising as that of Patagonia. First, because of the size and geological wealth of the country and, secondly, because the paleontological community in Brazil has grown a lot, with many young researchers who are excellent, which will result in a significant increase and a leading role on the world stage.

It is a story of constant change, of diversification processes, of climate change. The fossil record gives us the opportunity to study thousands of biodiversity crises like the one we are seeing today, with patterns of extinction and recovery, speeds of ecosystem recovery, selectivity of extinctions.

And today we are facing a biodiversity crisis that, if it does not put the entire human species at risk, it is certainly a risk for a good part of the population. Ignoring history is very dangerous, both in the case of human history and the history of the planet.