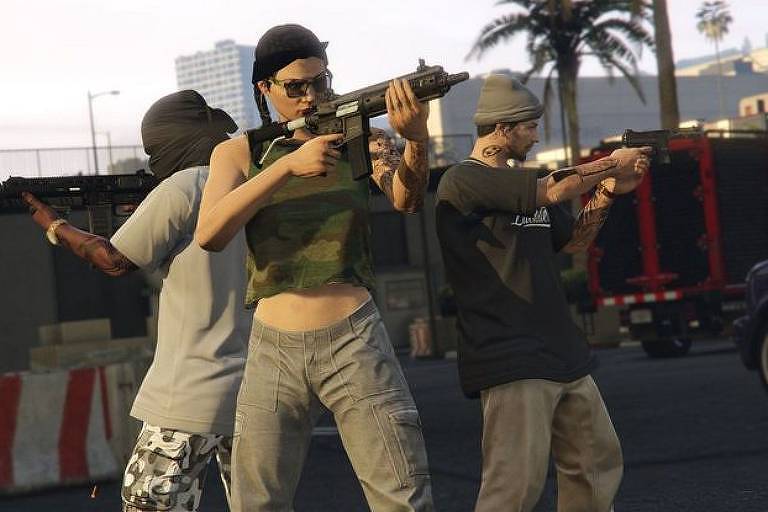 In the gaming industry, secrecy is often the rule. Great developers keep information about games in development under lock and key, sometimes even whether or not they’re working on a new title.

Still, it is common for some sensitive information to end up escaping to the public. It is rare that these leaks have the dimension of what happened in the last week with the new title of the franchise “GTA” (“Grand Theft Auto”).

On the 18th, the user “teapotuberhacker” published a post with 90 videos of the development of the next game in the series on a fan forum of the franchise, in what has been considered one of the biggest leaks in the history of the games industry.

The images that came to the public corroborate information already revealed by Bloomberg about the new game. Among them, that the title will have a couple of protagonists and will be located in Vice City, version in the universe of “GTA” of the city of Miami.

On the day, Rockstar, the game’s developer, confirmed that the images were real and the result of “illegal access” to their servers. Since then, Take-Two, which owns Rockstar, has been working hard to prevent the stolen footage from spreading.

Claiming copyright infringement, Take-Two got YouTube and other major content distributors to take down the leaked videos. In addition, according to the website Kotaku, Rockstar has restricted comments on its social media as a way to make it difficult for the images to continue circulating.

Even the FBI got into the story. The authorities’ main suspicion is that the images were obtained by a hacker group called “Lapsus$”, which would be behind other intrusions, including a digital attack on Uber. According to journalist Matthew Keysa 17-year-old teenager was arrested last Friday (23) in London on suspicion of belonging to the group and having participated in the leak.

As this is an illegal invasion, the measures taken by the authorities and the company’s attempts to contain damage seem justified. But even minor leaks, in which there were apparently no crimes, result in drastic measures on the part of the developers.

There are reasons – both competitive and relative to the market itself – for the industry to choose such a non-transparent approach to games in development. One of them was proved shortly after the first leaked images of the new “GTA” spread across the internet.

Some fans were frustrated with the quality of the game’s graphics (which is under development, worth mentioning) and took to social media to complain that the game was “ugly”. In response, dozens of developers posted images comparing the graphics of their games in development with the final product, demonstrating that the criticism of the next “GTA” made no sense and departed from a misconception of the stages of development of a video game.

It was through transparency (and not more blocks and restrictions) that these developers helped Rockstar contain one of the negative results of the leak of the new “GTA” videos. As contradictory as it may seem, in an industry that spends a lot of time and money trying to keep everything secret, more transparency and information seem to be effective weapons against leaks.

A new social media sensation, this witty rhythmic game is capable of turning anyone into a trombone (and baboon) fan. Considered by PC Gamer magazine as a contender for game of the year, “Trombone Champ” has good humor as one of its strengths. It’s a simple, fun game that, above all, doesn’t take itself seriously, making it a great option both to play with friends or to laugh alone. It is available on Steam for R$ 28.99.

“The Fridge is Red”: price not available (PC)

Facebook
Twitter
Pinterest
WhatsApp
Previous article
Extension until December 1 for disincentives for citizens not registering with a personal physician
Next article
Opinion – Latinoamérica21: Electoral accountability and the quality of democracy in Brazil