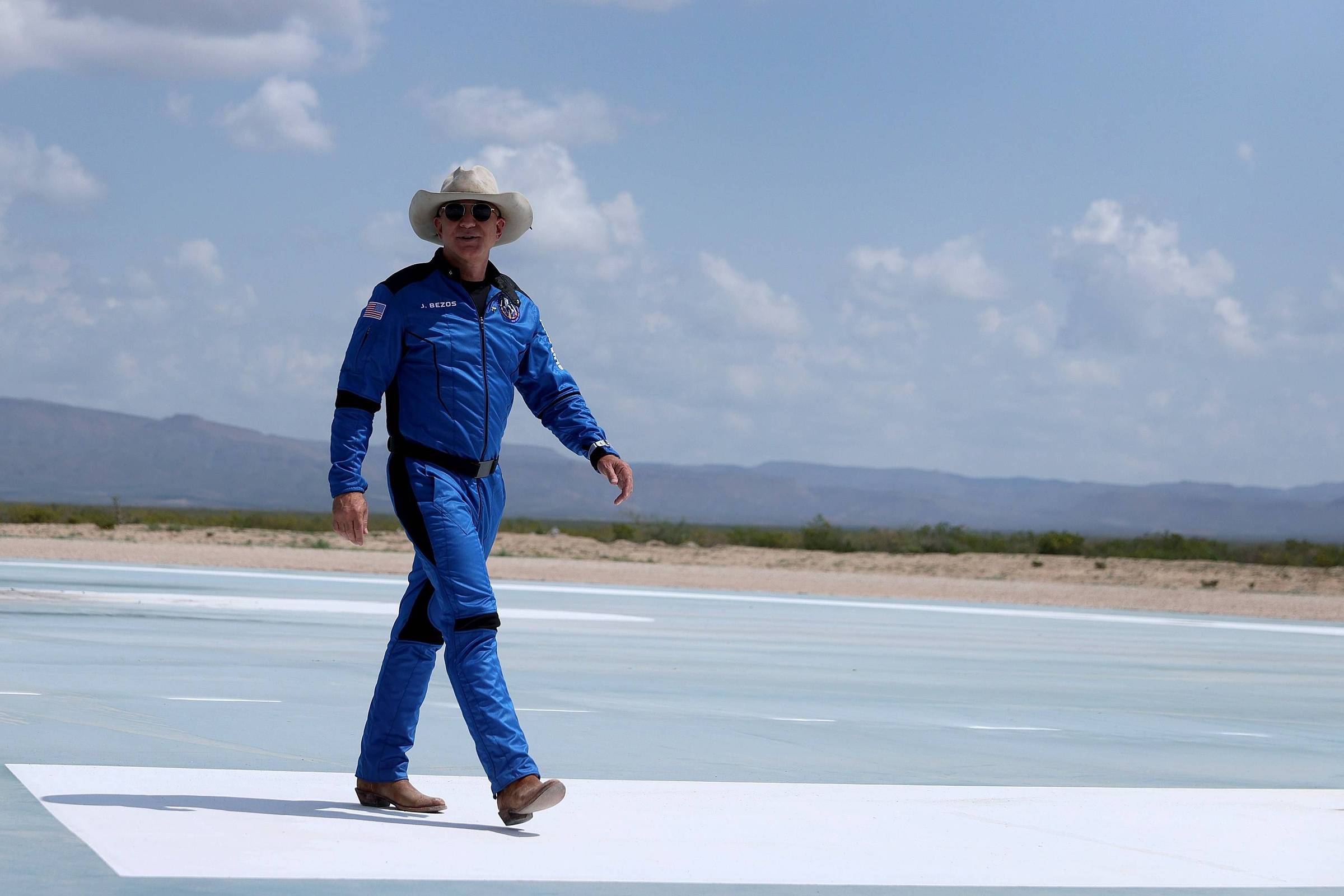 Technology is at the service of billionaires who want to escape the planet, says author

Five anonymous super-rich invite a tech writer to speak at a luxury resort in the middle of nowhere.

Instead of asking questions about blockchain, metaverse and other buzzwords, they want to figure out the best way to escape a cataclysm.

This is the starting point of the book “Survival of the Richest: Escape Fantasies of the Tech Billionaires” by Douglas Rushkoff, professor of media studies and digital economy at City University of New York.

However, what these rich people are doing to escape a supposed end of the world is not the focus of the book, despite the title.

He even gives some examples, such as the high seas cities of Peter Thiel, co-founder of PayPal, and the possible trip of Elon Musk and Jeff Bezos to Mars. These would be the deluxe version of preppers (or survivalists, in Portuguese), groups that prepare in detail for an emergency, such as wars or epidemics.

In fact, Rushkoff seeks to explain how the mindset of Silicon Valley entrepreneurs went from creating revolutionary companies to making escape plans from a reality they built themselves.

The author points out that speculative capitalism has so infiltrated technological development that, today, money is no longer seen as a way to finance new ideas – on the contrary, they have become a way of making easy money. This move came at a time when the digital boom of the turn of the millennium turned into a crisis.

Practical solutions no longer have economic value, giving way to concepts repackaged and sold as state-of-the-art technology. This to win millionaire contributions, have exponential growth, go public and run away with the money. Not without first shaping society and destroying jobs.

Perhaps the ideas behind companies like Uber, Facebook and Tesla aren’t all that revolutionary, they just happened to attract enough capital, proposes Rushkoff. Today, the culture of startups is based only on doing for the sake of doing, seeking to be the target of speculation. Extract and go, like colonists.

These genius minds from Silicon Valley do not do “creative destruction,” economist Joseph Schumpeter’s phrase to explain economic development, but “destructive destruction.” They create solutions that, in the end, were not needed.

“Technological innovation has come to be understood less as a way to create better and more interesting products and experiences for people than as another means of increasing domination, extraction and growth,” writes Rushkoff.

This insistence on ignoring what already exists and stopping looking directly at the real world makes the author connect the dots between the corporate culture of startups and billionaire bunker projects.

The most popular social networks are a consequence of this. Google and Meta are no longer companies with practical solutions, such as doing research and finding childhood friends, to profit from their users’ data. This abstraction becomes even literal when Mark Zuckerberg seeks to make even the real world obsolete, with the arrival of the metaverse.

“We are not products of these platforms, we are workforces. We read, like, post and retweet dutifully; we are furious, scandalized and outraged; and we keep complaining, attacking or canceling. This is work. The beneficiaries are the shareholders.”

It is in this sense that Rushkoff advocates degrowth. The current proposes that it is necessary to abandon economic expansion as a political objective and accept that retraction is the only way to save the planet from a climate catastrophe.

The billionaire mentality described in “Survival of the Richest” does not want to correct capitalism’s shortcomings, but hide them. When solutions arrive, they are not about producing less, redistributing and reconnecting to the present, but solving with more money and more technology. With a metaverse.

The author’s solutions, however, are simplistic. The book works as a diagnosis of technologies and their billionaire owners, but not as a primer for the future. It’s more like a manifesto to laugh at, even if in despair, of the super-rich who want to leave humanity behind.

“Instead of deciding whether to buy an electric, gas or hybrid car, stick with the car you have. Better yet, start carpooling, walking to work, working from home or working less,” suggests Rushkoff.

A great tsunami from an asteroid impact “swept” the planet Mars 3.4 billion years ago