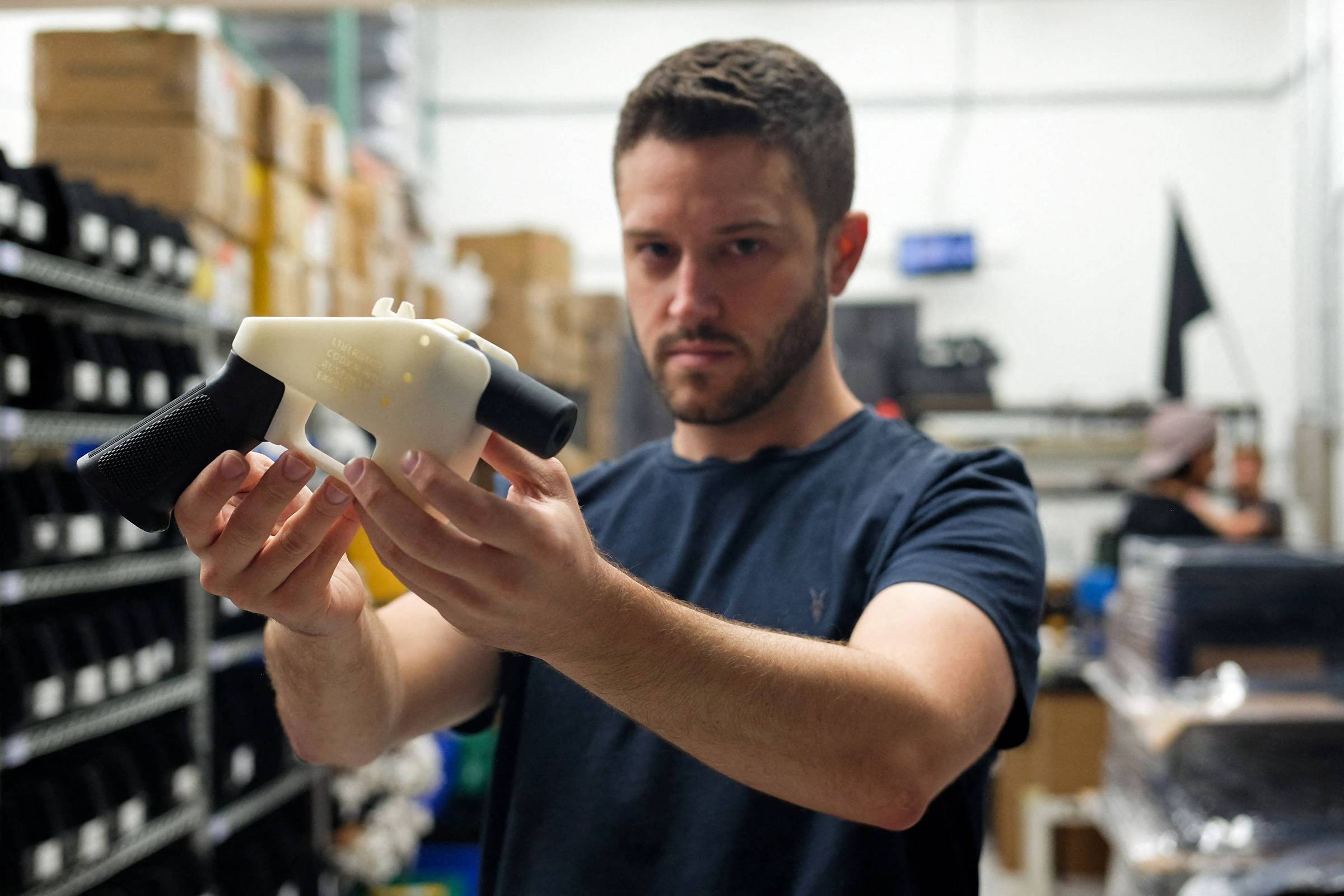 Production of weapons in 3D printers grows and worries governments

From Finland to Australia to Spain, apprehensions are on the rise and a troubling modus operandi is emerging: technical drawings available for free, a clandestine workshop at home and a 3D printer capable of producing hard-to-trace rifles or pistols.

On 22 September, Iceland was informed of the arrest of four men suspected of planning an attack on state institutions. The seized arsenal included three semi-automatic weapons produced with a 3D printer.

Days earlier, Spain’s Guardia Civil discovered the clandestine workshop of a 51-year-old man in Bermeo (in the north of the country), after identifying a suspicious transaction of precursors for the production of explosives on an online trading platform.

The Guardia Civil seized two state-of-the-art 3D printers, ready-to-use weapons, explosive devices, three kilograms of gunpowder, and more than six kilograms of precursors, among other materials, in the operation, which was not the first of its kind.

“3D printing of weapons is not a new phenomenon,” the European police agency Europol said in an email to AFP, noting that producing a complete weapon on a 3D printer remains a “challenge” compared to the quality of the conventional weaponry.

However, “rapid technological advances could make this a more significant threat in the near future,” added the European organization for police cooperation.

In the United States, where the production of weapons for personal use is legal, Cody Wilson was the first, in 2013, to introduce a weapon made of plastic, with the exception of the metallic firing pin.

The name of the weapon is “Liberator”, in reference to the pistol that Washington distributed to resistance movement fighters in the countries occupied by Germany during World War II.

Relying on technological advances, Wilson, who can be described as a cryptanarchist, seeks to defend unconditional freedom of speech and gun ownership, protected by the US Constitution.

In Europe, a man nicknamed JStark is also making a name for himself with his FGC-9 – short for “Fuck Gun Control” – a semi-automatic weapon made 80% plastic, with parts and materials sold freely at hardware stores to circumvent bans.

At the same time, the quality of printers is improving and their prices are falling. They range from a few hundred to tens of thousands of dollars, depending on the printing technology. All the software to configure them is available on Darknet.

According to Christian Goblas, a ballistics expert at the University of Rouen in France, “3D metal printing” will become affordable in the next decade, and will allow the production of stronger parts.

For now, “an all-plastic weapon that cannot be identified by metal detectors is a fantasy,” says the expert. Not to mention ammo.

Who, therefore, would dedicate themselves to the production of these parts, slow, possibly dangerous and more expensive than buying conventional weapons on the black market?

“It is a worldwide phenomenon, but one that is still emerging. It encompasses people with a very varied profile, and a very broad ideological spectrum”, summarizes Rajan Basra, an expert at the International Center for Radicalization Studies, at King’s College London.

Most of those involved are motivated collectors or “ideologues”, “survivalists” [pessoas que se dedicam a fazer preparativos elaborados para sobreviver a possíveis calamidades]or people eager to compete with the authorities.

When Hong Kong police seize 3D-printed weapons the production of which is attributed to pro-democracy oppositionists, as happened in September, or when Burma rebels pose on social media carrying GCF-9s, Basra sees them as the embodiment of a primitive libertarian concept.

To a lesser extent, extremists see printed weapons as an increasingly viable option, especially in territories such as Europe or Canada, where the acquisition of firearms is illegal or subject to licenses, according to experts.

The man who killed two people in 2019 in an attack on a synagogue and a Turkish restaurant in Halle (east-central Germany) chose this method.

Eleven of the last 12 gun seizures in Europe involve far-right militants, according to Basra.

However, 3D printing is unlikely to be “the future of terrorism” as there are “deadlier and easier” options, and other innovative tactics such as drones or chemical and biological weapons, notes Jacob Ware, an expert at the Council on International Relations. exterior.

The specialist in combating terrorism therefore advocates that the legislation be adapted quickly, and that the action goes beyond the United States, where since the end of August, arms dealers and manufacturers are required to include a serial number in printed weapons. in 3D.

Facebook
Twitter
Pinterest
WhatsApp
Previous article
Katerini: Complaint for the rape of an 11-year-old by a 30-year-old
Next article
Thessaloniki: Raped a 45-year-old woman and kept her locked up, threatening her with a pit bull so she wouldn’t leave