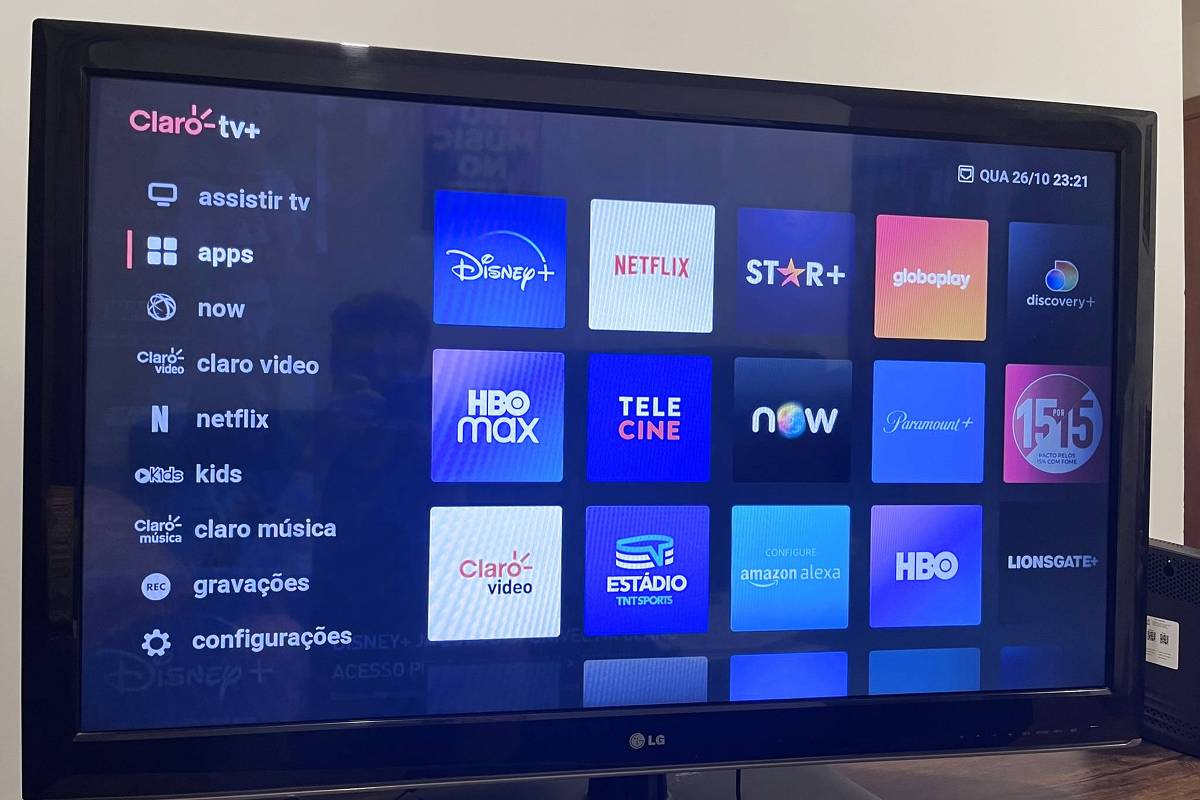 In recent years, pay TV operators have started to offer the transmission of live channels also via the internet, in cheaper packages than traditional services, which send the signal by cable or satellite.

The new model seeks to attract users who want to pay less and are used to streaming facilities, such as being able to watch content anywhere and not having to deal with issues such as cancellation fees and lack of signal in the regions where they live.

Claro, for example, charges BRL 109.90 monthly for the cable signal package, BRL 89.90 for the plan that uses Box TV and BRL 59.90 for the one that uses an app — these prices are charged in the city from Sao Paulo. The three plans give access to virtually the same channels, but the per-app package costs 45% less than the cable package.

The Box TV connects to the television via the HDMI port and comes with a remote control. The service can be used at any address in Brazil that has internet access, and the user can take the equipment wherever they want, without having to notify the operator. The Box subscriber can also view the program via the application on the cell phone or on computers, in two simultaneous accesses.

The device also gives access to other streaming services, such as Netflix and HBO Max, which need to be paid separately.

The report tested Box TV for a few days. The image quality was slightly better than that offered by an old Net/Claro decoder, which had been in use for a few years. The Box was plugged into a 500MB speed fixed broadband connection and it worked fine. In general, channels load content quickly. There were some slight crashes, which resolved in a few seconds.

In the app version, the user can watch programming on their cell phone, computer or Smart TVs. If the TV is not smart, you must use a device such as Apple TV or Chromecast.

DGO (DirectvGo) also offers pay TV via the internet, through an application. The monthly plan costs R$89.90, has more than 70 channels and allows two simultaneous accesses. SKY subscribers also have access to the DGO.

Quite similarly, Claro and DGO’s channel lists include the main open TV, news, sports, movies and documentaries and can receive extras, such as Premiere football plans and Disney+ and HBO Max packages.

Both services can be hired online (see more information at the end of the text). Current Claro customers can make the migration through the website or by calling 10621.

These plans, however, consume data from broadband packages, which may experience reduced speed or connection barriers when quotas are reached. In general, residential fixed connections are not usually restricted, but mobile accesses, such as 4G and 5G, do. Watching an hour of HD programming can consume around 2 GB of data.

It is worth mentioning that an unstable internet connection can compromise the experience of watching TV, and that there may be a delay in the arrival of the signal, something capable of bothering when watching live football, for example. In a test, Rede Globo’s live programming arrived at Claro Box with almost a minute delay in relation to the free open TV signal, captured by an antenna.

Pay TV via streaming is cheaper for two reasons: operators do not need to create their own cable or satellite networks to send the signal and there is a lower tax burden. Traditional pay-TV pays ICMS (Tax on the Circulation of Goods and Services), which can reach 18%, while transmission via streaming pays ISS (Tax on Services) pays ICMS, with a rate between 0 and 5%.

According to ABTA (Brazilian Association of Pay TV), Brazil has 13.2 million subscribers to the service, with 50.6% via antenna, 39.3% via cable and 10.1% via other modes, including streaming. .

Overseas, the pay-TV model via streaming also gains strength. In the US, YouTubeTV and Hulu Live TV, which operate in this way, already have 9 million users.