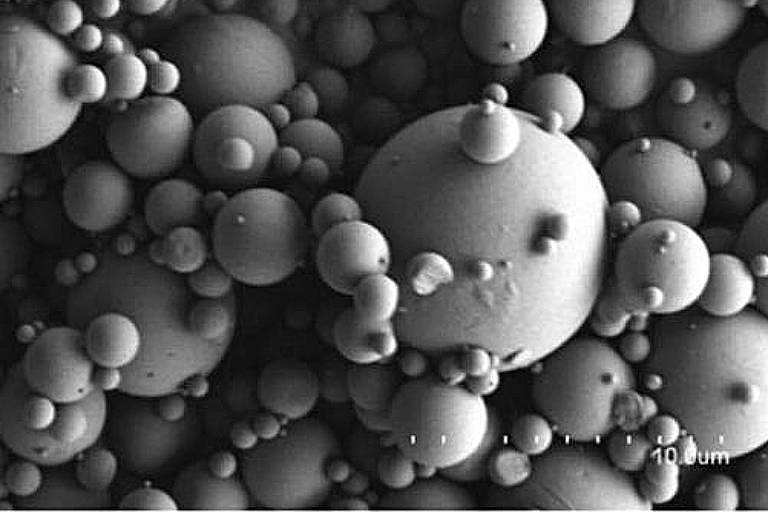 Researchers from the Universidade Estadual Paulista (Unesp) and the University of Valencia, in Spain, developed microparticles with antioxidant substances capable of combating premature skin aging and remaining stable even in contact with oxygen or sunlight. The system produced aims to prolong the delivery of these actives to the skin, providing a longer action time.

In the study, published in the scientific journal Life, the researchers worked with ascorbic acid (vitamin C) and nicotinamide (vitamin B3).

Both substances are known for their protective effects against damage caused by pollution, ultraviolet radiation and free radicals. Both stimulate collagen synthesis, protect against sun-induced photoaging and have a strong depigmenting action, that is, they eliminate blemishes. In addition, vitamin B3 still fights inflammatory processes and the production of sebum, so it is very welcome in the treatment of acne and rosacea.

However, these molecules are quite unstable and are easily degraded when there are changes in pH, temperature, exposure to sunlight, water or oxygen, which makes their use in the formulation of cosmetics a challenge.

Overcoming this issue was the focus of the work, which received funding from Fapesp through five projects (15/19097-0, 16/20957-6, 15/02619-3, 20/16573-3 and 19/25125-7) . For this, the scientists made use of chitosan, a compound extracted from the exoskeleton of crustaceans that serves as a protective compartment for the actives, helping to prevent the premature oxidation of antioxidants, and also has antimicrobial properties, which is very interesting in the use of products for skin treatment.

“To produce the microparticles, we add a solvent capable of mixing the substances, in this case ethanol. Then we use a process called drying by spray dryerwhich basically is a huge dryer with controlled temperature and pressure conditions to dry the solvent, creating an orange powder composed of the bioactive particles”, explains Leonardo Delello Di Filippo, PhD student at the Faculty of Pharmaceutical Sciences of Araraquara (FCFAr-Unesp) and first author from work.

During the procedure, other materials were added in order to provide greater uniformity to the surface of the particles, making the release of the actives more regular and predictable. In this way, a storage system capable of controlling the gradual release of these substances is created, allowing longer contact time with the skin.

“We can make an analogy with a car trip, if the road is all bumpy, the chance of an accident is greater, but if it is smooth, as the surface of the particles was, everything goes better”, compares Di Filippo.

The next step was to test them. For this, in vitro laboratory models and pig ear skin were used, which has cell types, structure and thickness very similar to human skin. The two processes complemented each other and proved that the microparticles obtained by the scientists managed to prolong the action of the actives on the skin because of the controlled release of the actives, presented antibacterial action, helping to protect the tissue layers if they were compromised by any contamination and were still able to help in their own conservation.

In addition to all the benefits offered to the formulation of skin products, the technique used in the production of microparticles has the advantage of being easily reproducible and scalable in the industry. “It is a multipurpose product with added value for having a differentiated technology and for all these reasons its use in the manufacture of cosmetics is an increasingly real dream”, says Di Filippo.

According to Marcos Antonio Corrêa, professor at the Department of Drugs and Medicines at FCFAr-Unesp and advisor to Di Filippo, the next step involves the production of microparticles on an industrial scale, in order to allow cosmetics manufacturing companies to have access to this technology. “The research group has already been contacted by an interested company and negotiations are underway”, he reveals.

The article In Vitro Skin Co-Delivery and Antibacterial Properties of Chitosan-Based Microparticles Containing Ascorbic Acid and Nicotinamide can be read here.

Facebook
Twitter
Pinterest
WhatsApp
Previous article
Is Trump running for president again? “I will make a big announcement on November 15”
Next article
Jennifer Lawrence: My ‘Hunger Games’ co-stars drank whiskey and ‘made out’