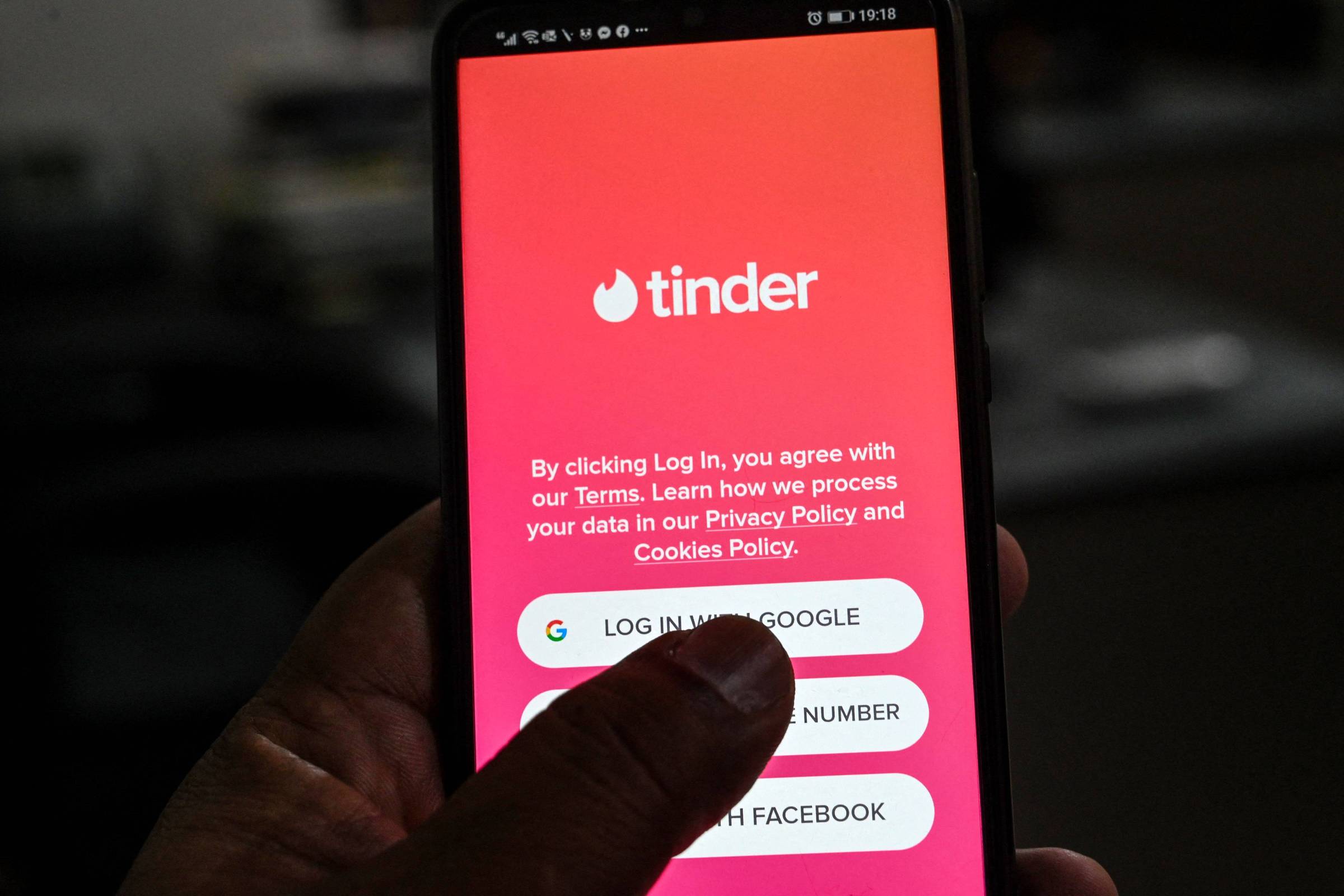 A man meets a woman on a relationship app, exchanges messages and, some time later, they arrange a meeting. But, upon arriving at the scene, the man is kidnapped by an armed duo or group. And what would be a special moment becomes a nightmare that lasts for days. The victim suffers psychological and sometimes even physical torture while having their accounts emptied.

The SSP (Secretary of Public Security of São Paulo) told BBC News Brasil that more than 90% of the kidnappings registered in São Paulo are made from relationships formed from fake profiles created in applications such as Tinder.

In 2022 alone, the SSP reported that the Anti-Kidnapping Division of Dope, a specialized kidnapping unit of the São Paulo Civil Police, clarified 94 occurrences of this type, arrested 251 suspects and apprehended nine juvenile offenders.

According to the folder, criminals study their victims. “They observe users who boast economic power on social networks and arrange a meeting at the ‘bait’ house, usually approaching victims on deserted streets,” he said in a statement.

In the middle of this month, a doctor from Hospital das Clínicas was kidnapped and held in prison for about 14 hours after arranging a meeting through a relationship app in Pirituba, in the north of São Paulo.

The victim was only released after criminals made bank transactions through loans, purchases and transfers in the total amount of R$ 75,000.

But how to avoid situations like these and identify possible criminals who work in these applications?

BBC News Brasil spoke to police officers and digital security experts to understand how these gangs operate and what are the main signs that the meeting is just a trap for a crime.

Tinder, the main dating app cited by police and kidnapping victims, was asked what security tools and methods exist on the platform to prevent these scams, but did not respond until the publication of this report.

How victims are chosen

A Military Police lieutenant who works in the northern part of São Paulo and who asked not to be identified tells the report that the victims are generally older men who are financially successful.

“They are people over 40, single, who are usually traders or have small businesses. They are people with some possessions. Most attract the victim through Tinder, with seductive messages and a request to meet as soon as possible”, he says .

Victims, according to the police officer, are chosen by the app according to the information it passes on, such as photos and profession. The main targets are those who post photos on international trips and next to luxury cars.

“Dates are usually scheduled in more remote neighborhoods between the end of the afternoon and the beginning of the night. In one of the cases I attended, a man had tried to arrange a meeting with a woman in a mall, but she said she was sick and regretted not being able to leave the house to find him. He ended up deluding himself with the situation and went to the place to find the romantic couple, but he was kidnapped”, he says.

The policeman said that the way each gang acts varies according to the profile of each victim. He says the victim is usually not after a romance, but just a speed date, no strings attached.

“From what we talked to the victims, the face-to-face meeting takes place a day or two after the first contact on the app. The guy believes that the woman goes to the ‘let’s see’ with him without too much frills.”

The police officer said he believes that there is underreporting of these crimes for several reasons. The first is the shame that the victim often has to file a police report to register the case. Sometimes this is caused by her being in a relationship or feeling like she was naive to fall for such a scam.

“What happens are the cases in which we remove the victim from captivity. I don’t know if the SSP numbers include all the other cases that are not resolved by the division, but by the local policing”, says the policeman.

He also says that committed victims prefer not to say that they fell for the “Tinder scam” so that the partner does not find out. The most common thing is for these victims to say that they were robbed on the street and then kidnapped.

One of the police officers said that what impresses him most is the frequency of cases of men with high purchasing power and academic education who fall for these scams because they agree to go to more distant neighborhoods to have romantic encounters.

Police officers explain that, most of the time, the victim’s disappearance is only identified the day after the kidnapping, when the victim’s family misses her.

“Someone in the family notices that the person has disappeared and raises the alarm. They pass on the location of where the last contacts with him were. Sometimes, residents also report strange movements. I have never caught a case of a victim who was taken to the same captivity, but the region is the same. Sometimes even in the woods”, reports the policeman.

Safernet’s digital security specialist, Guilherme Alves claims that dating apps are used by criminals to commit mainly crimes of larceny outside the platform.

“An important point is to understand what the platform is responsible for. What happens outside it is beyond the company’s sphere, but it is possible to request data on the scammer profile in court, in case there is any crime, such as location”, he said.

According to Guilherme Alves, the Civil Rights Framework requires companies to store user information and conversations for at least 6 months.

He explains that, in some cases, scammers do not use fake photos and profiles, but real people to lure victims. They send audios and send real photos of the person the victim talks to.

But the expert warns of some common signs among scammers.

“If it is a catfishing scam (in which a false identity is created on the internet), the profile is indeed fake and there are situations in which the criminal tries to take the person to another platform, such as WhatsApp, leaving the dating application. cases, the scammer claims that he deleted the profile from the platform with the justification that he wants something serious,” he said.

Guilherme Alves identified several behaviors that are a warning sign for anyone who is meeting a person on the platform and intends to arrange a face-to-face meeting.

“Deleting the profile from the platform after the first meeting can signal that the person wants to hide information. Another point is people who want to arrange meetings very quickly and leave the platform to chat on WhatsApp. Meetings in private places should also be avoided”, said the cyber security specialist.

He recommends that the ideal is to always keep records of the conversations, the profile and always set up meetings in public places with a lot of movement of people, like a mall. He also points out that the blow can occur even after the first encounters.

“In one case I attended, the victim had two encounters with the criminal, but it was only on the third that he stole the girl and disappeared”, he tells the report.

The report spoke with police officers from other regions to understand whether this crime has spread across the country. However, law enforcement officials said scams involving dating apps have been more common in large cities.

The secretary of Public Security in Pontaporã, Mato Grosso do Sul, Marcelino Nunes says that this crime occurs in the region that borders the Paraguayan city of Pedro Juan Caballero, but with a small frequency.

“What we see is that they are specific and not carried out by gangs. They are people who end up being financially harmed or victims of violence, but without kidnapping. The most common crime we deal with involving these apps is the so-called digital fraud. cases in which the criminal simulated a debt and payment of medical tests as a form of extortion through these relationships”, he says.

Santa Catarina police officers heard by the report also said that these crimes involving dating apps are uncommon in the region.