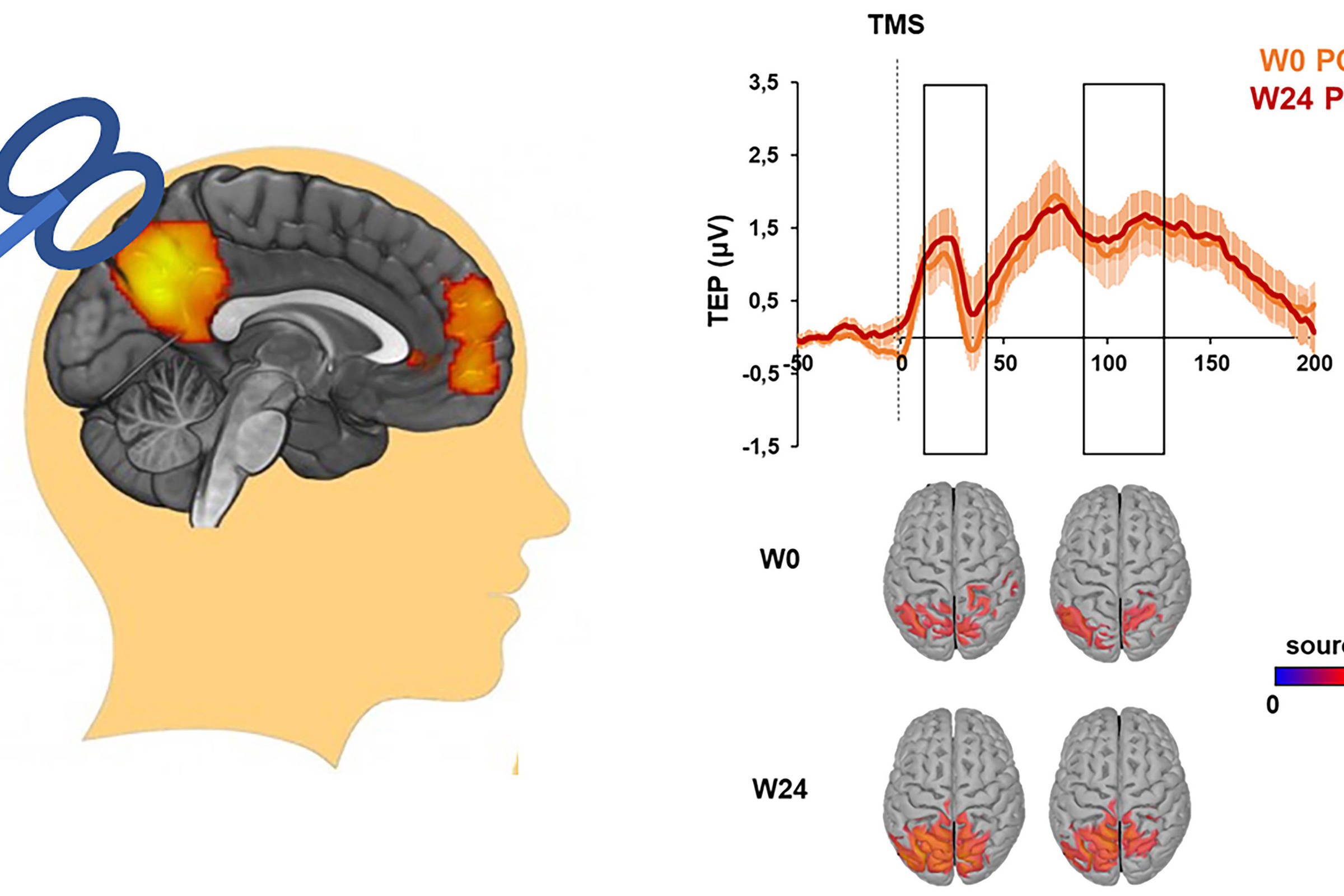 “Someone take that hand off my plate”, in this way, L, a young woman, without any intention, interrupted the rite of the family meal, while involuntarily keeping her left hand on the food served a moment ago. She didn’t recognize as hers, that part of her body crossed over the food. Despite her best efforts, no one at the table could convince her of what was supposed to be obvious and unquestionable.

Hours later, in a hospital, a tomography of the skull provided the explanation. She had suffered a cerebral infarction in an area called the right precuneus. The other day, while she was resting in the ward, her sister tried to distract her by showing her pictures of a party they both had been to. However, the patient was unable to identify herself in the images, even when in close-up.

The precuneus is a nerve center for the convergence of information. It integrates different sensations and transfers them, unified, to other corners of the brain. Because of the capricious breakdown within L’s skull, the image seen from the hand itself no longer connected to the bodily references. And the signs seen on the face, stamped on several photographs, were no longer linked to his face memories. If the precuneus involvement were even more severe, the patient would face a greater number of problems, would forget several events in her life and would be unable to recognize other people’s emotions.

We understand L’s disorders because we know how the precuneus functions. However, this knowledge has not traditionally accumulated, in the fashion of the foundation of neuroscience in the 19th century. During this period, scientists, faced with someone with a supposed neurological disease, wrote down the symptoms and patiently awaited the time of the necropsy. The death of patients provided the opportunity to look for possible brain damage that caused the impairments or behavioral changes.

Many brain functions were thus mapped in the human brain. However, one of the precuneus is rarely affected by trauma, hemorrhage or ischemia alone. Cases similar to the one described here are historically scarce, so the precuneus was practically inaccessible to neuroscience for many decades.

The new technological resources freed neuroscience from the obligation of necropsies. Currently, we are able to analyze the precuneus of normal people and sick people, live, without having to spill a drop of blood. So we know that one of the first targets of Alzheimer’s disease is this piece of gray matter. The degeneration caused by this condition gradually interrupts the connections of this center with other brain areas, which then lose effectiveness and atrophy.

Therefore, it is not only the direct attack provoked by Alzheimer’s disease that corrupts the activity of specific cortical points, but also the reduction in the reception of information flows produced in other distant neural poles. L symptoms are common to some dementias.

All this learning has practical implications, as recently demonstrated by the Italian neurologist Giacomo Koch, from the University of Ferrara. For six months, he and his team stimulated the precuneus of a group of patients with Alzheimer’s disease, using magnetic waves. Another group of people, also affected by the disease, received a treatment, without any wave – a type of placebo. Individuals submitted to real therapy achieved cognitive stability and gained autonomy for day-to-day activities. While those, who were not treated, suffered cognitive decline.

Pulses of magnetic waves, at high frequency, applied to the scalp, excite a brain target, in Koch’s study, the precuneus. Artificially more activated, this anatomical region, more intensively stimulates the cerebral lobes under its influence. A process that strengthens previously established brain connections and creates new ones — one of the mechanisms of neuroplasticity, which is why patients got better. It is not a method that stops brain degeneration, or that revitalizes destroyed areas. We don’t know how long its beneficial effects will persist, as the study only lasted one semester. But we have new paths.