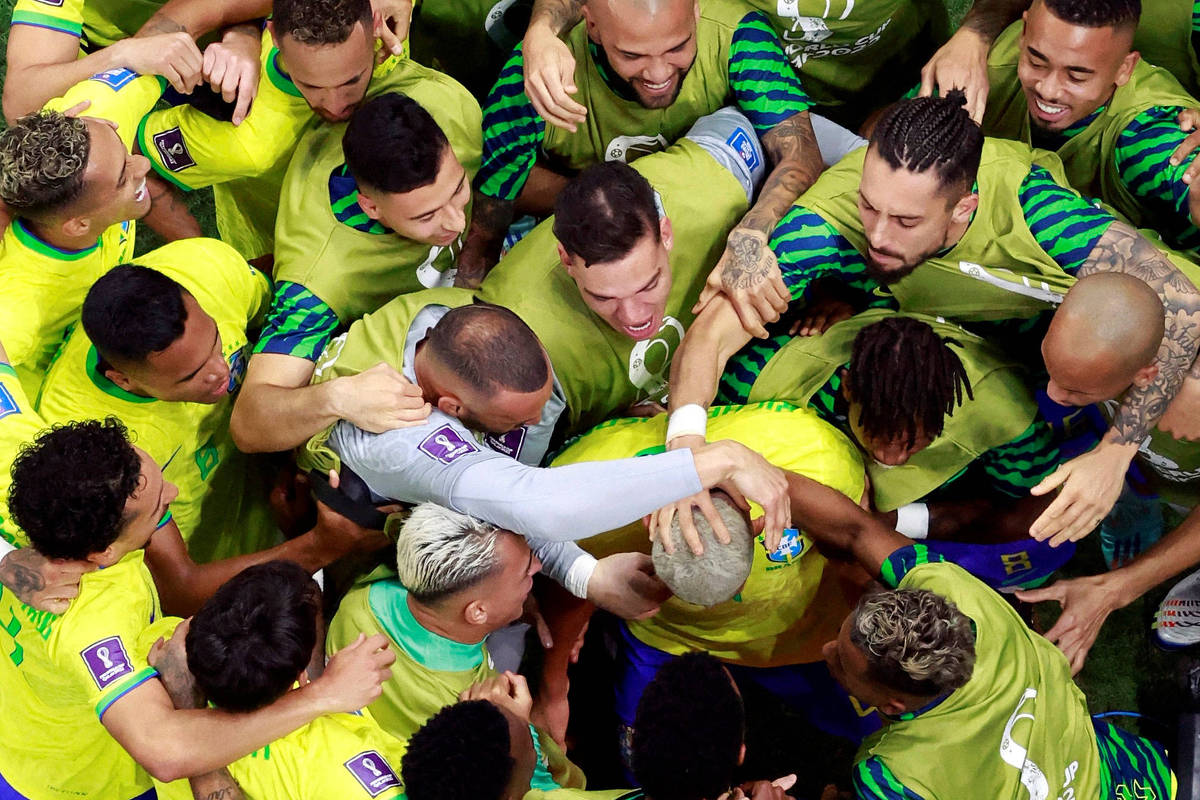 Brazil is favorite to win the Cup in mathematical predictions

Already qualified for the round of 16 of the World Cup, Brazil continues chasing the sixth. Depending on mathematical predictions, the scene of the Brazilian team lifting the cup is not so difficult to come true — in many of these models, the team is the favorite for the World Cup.

Even with created expectations, it is best to moderate them. Predicted results are not set in stone, and the most unexpected of outcomes can occur—Argentina and Germany say so.

Mathematical models that predict the outcome of football matches are nothing new. One of these projects, Previsão Esportiva, is the product of a partnership between Brazilian universities, such as UFBA (Federal University of Bahia) and ICMC (Institute of Mathematics and Computing Sciences), at USP in São Carlos.

Created in 2004, the initiative uses data and mathematical devices to predict the outcome of the World Cup since 2006.

“This is a way of visualizing what is the possibility of a certain future result in relation to sports occurring”, says Francisco Louzada, professor at ICMC and one of the coordinators of Previsão Esportiva.

The Sports Prediction adopts these two criteria, and also considers the rankings of the selections according to Fifa and Uefa (Union of European Football Federations). The value of the teams is also a parameter: the more expensive the set of players, the greater the chances of winning.

Models also tend to adopt weights for the factors, explains Wladimir Neves, director of the Institute of Mathematics at UFRJ (Federal University of Rio de Janeiro). In some cases, the quality of the attack can be more important than the defense and vice versa.

Then, a huge amount of data is collected for an artificial intelligence to evaluate it against the criteria, and the prediction is determined.

Even before the start of the World Cup, researchers from Previsão Esportiva simulated 1 million possible 2022 World Cups. Among these, Brazil appeared as champion in about 153 thousand, surpassing the victory of all other teams. But this does not indicate that the country is in great shape — Argentina, for example, was the champion in more than 120,000 scenarios.

“Today, Brazil has a 15% chance of being champion, but what about the other teams? [as outras 31 seleções] have 85%”, sums up Louzada.

Other predictions were also made, such as one from the company XP, another sponsored by Serasa and even one from the American analysis site FiveThirtyEight (538). Although with some differences, Brazil is one of the main favorites in all of them.

Are you really going to win?

Predictions made before a World Cup starts can even be assertive. In 2010, Spain were the champions, and that was the team most likely to win from the start, according to Sports Prediction betting.

But ideally, the mathematical models are updated as the matches take place. This is because the more data the artificial intelligence has, the more accurate the result. In addition, the updated references increase the reliability of the teams’ performance.

“It’s one thing, before starting the Cup, to provide the information you had and offer the result. It’s another to have already passed the first phase and have more information on the selections”, says Louzada, indicating that, at least for Previsão Sports, predictions will be updated.

One case is Argentina. After the defeat to Saudi Arabia, the chances of the South American country to be champion of the World Cup should fall in mathematical forecasts.

This type of variation that new data brings is indicative of another dilemma: the inability to compile all the factors involved in the outcome of a match.

Paulo Henrique Trentin, a professor at the mathematics department at Centro Universitário FEI, explains that forecasts are not able to take into account psychological factors that can destabilize or stimulate players during a game so well. “They are quite assertive models from a mathematical point of view, but questionable”, he summarizes.

Neves, from UFRJ, agrees. He exemplifies a scenario in which, in a possible championship final, a player becomes ill. “It’s something that no model will predict.”

Even so, there are expectations. “There is great hope that, with a high probability, Brazil will win,” says Neves.

For most mathematical predictions, this hope is indeed confirmed. In two models, one from Previsão Esportiva and the other from the University of Oxford, Brazil appears disputing the final against Belgium. The result? The Brazilian team is more likely to be champion.

To see if Brazil really returns the defeat of 2018 and finally wins the sixth.