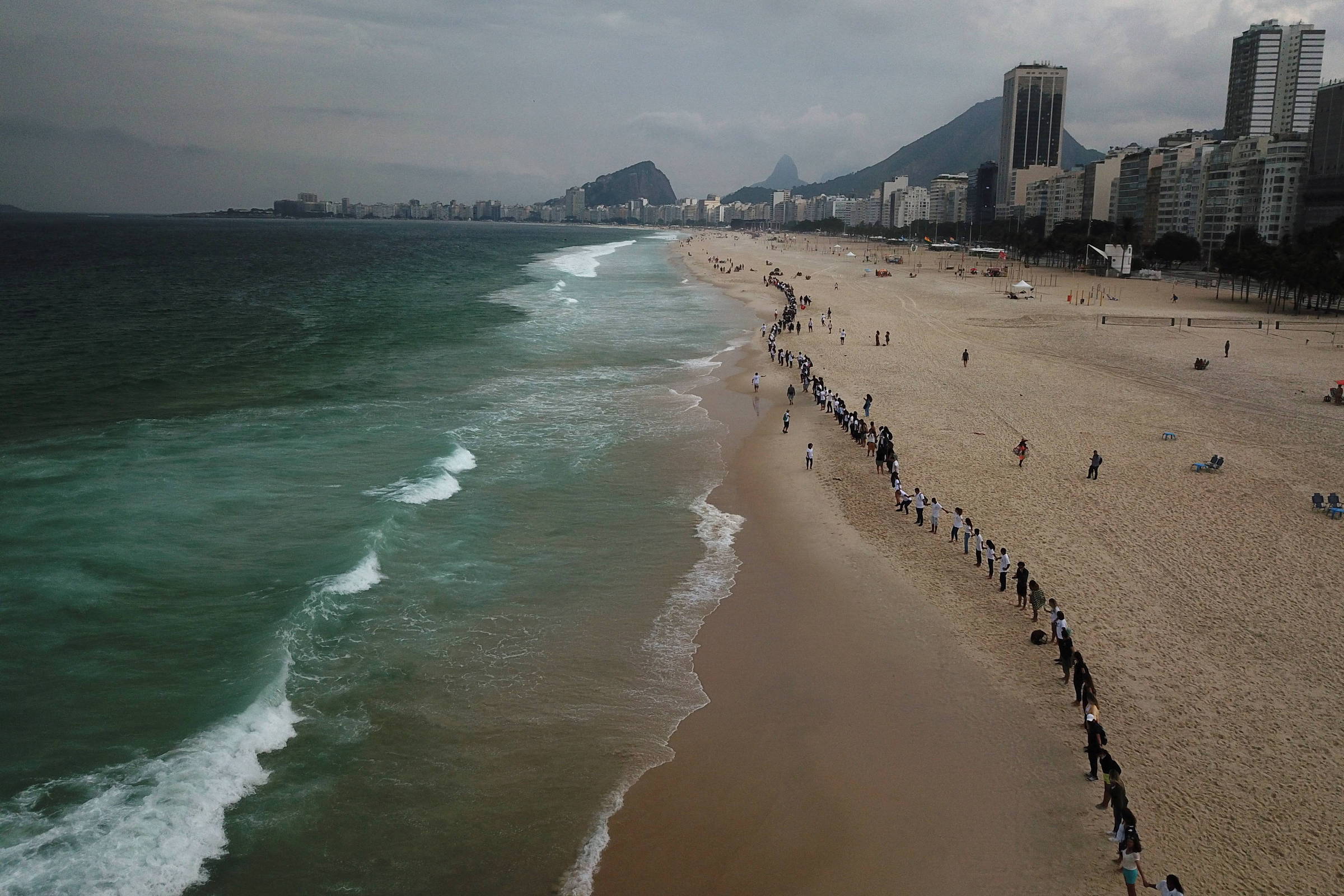 Since last week, Brazil has a new institution dedicated to ocean research. With a presidential decree signed on the 6th, the Inpo (National Institute for Ocean Research) became an OS (social organization) linked to the Ministry of Science, Technology and Innovation, with the aim of expanding studies in this area in the country.

The entity should start operating later this year, and its name, as the ministry’s own pages have already announced, should change to Inmar (National Institute of the Sea) in the future. It will be installed in the technological park of UFRJ (Federal University of Rio de Janeiro), as a private institute, but not for profit.

With an expected staff of 17 employees and an annual budget of R$ 10 million, the institute is considered lean. Ocean specialists celebrate, however, the creation of an entity —one of the six OSs currently linked to the ministry— that can gather data on ocean research in the country and, thus, direct strategic work. Today, on the contrary, studies are decentralized.

“Brazil has to play an increasingly international role in relation to the oceans, because we have a very long coastline and many activities at sea”, points out Segen Farid Estefen, general director of Inpo and professor at UFRJ, who spoke to Folha about plans for the new institution.

How did the demand for the creation of Inpo come about? What has always been felt is that Brazil had many actions in relation to the sea, but in a non-integrated way from a technical-scientific point of view. So the coming of this institute is in the sense of integrating these actions and optimizing the resources and results that may come from this greater integration.

The INPO is not going to make State policy in relation to the sea. Who does this is the government and Parliament. What we are going to do is provide subsidies, from a scientific point of view, so that these public policies are based on science and technology and can be implemented.

Ocean science is a global topic. With the creation of the institute, should Brazil be more involved in these discussions and play a leading role in the debate? The big focal point in the coming years and decades will be the ocean, which is still poorly understood. The oceans are influenced by climate change at the same time that they influence these changes. It is also necessary to understand what is happening locally and add this knowledge from Brazil’s point of view.

In Brazil, we have relevant institutions that research the ocean, such as Unifesp’s Imar and USP’s Oceanographic Institute, for example. Do you see any performance gaps in these institutes that will be filled by the new OS? What happens is how we are structured… The expected staff for our institute is around 17 professionals. That is, we are unable to embrace the world, not Brazil, not even the states. So let’s lead a research, innovation and infrastructure network.

This network aims to aggregate all the main research and infrastructure groups in Brazil. This is the difference between Inpo and other MCTI institutes. We are not going to set up new research centers or new laboratories at the beginning. We want to reinforce what exists to do something different and more than what is done today.

What is done today is well done, these groups will continue the life they have. What Inpo wants is to add these training centers, with additional resources that we will be able to raise.

Brazilian specialists criticize the lack of monitoring of different parameters and indicators on the Brazilian coast. How does Inpo intend to solve this issue? Ocean observation today is carried out with great difficulty through some projects. We need to give more robustness to these initiatives.

The observation groups have the decisive help of the Brazilian Navy, but there are many difficulties, including the Navy itself, which needs support to modernize oceanographic ships and make them available to the scientific community.

Another constant complaint is that the data generated by different institutes in the country are not available in an integrated way in a national system. How to overcome this demand? One of our goals is to develop an integrated coastal and ocean data system. If we don’t have an extremely efficient, modernized and effective database, with the possibility of making predictions, we will not advance in the scientific field.

We are proposing that one of the strategic objectives is to have this system integrated. It will be deployed in three phases. The first is to acquire the data, store it and make it available. For this, we are going to make agreements both with national and international institutions. One of them, for example, is the Oceanographic Database, managed by the Brazilian Navy.

The other aspect of this system is having an ocean forecast group. Today we have artificial intelligence techniques and technologies that allow us to make predictions with relative accuracy.

The third platform of this system is what we call the experimentation platform, which will serve to verify whether these forecasts based on our data systems actually occurred, if they materialized and how they can be improved.

Does Brazil need to improve and expand the instruments capable of carrying out these measurements? A second very important program is that of innovation. For example, a national oceanographic instrumentation program. Brazil has few instruments operating in its sea, a tiny number of instruments measuring waves, currents, salinity and identifying and tracking animals.

We have to expand this, but we will have to map the demand and see the possibility of developing national instruments that may have more competitive costs and also a calibration and maintenance system for these instruments.

Looking at other MCTI OSs, does Inpo’s model bear any resemblance to Embrapii’s (Brazilian Company for Research and Industrial Innovation)? Due to the fact that it does not have its own laboratory and works in a network with other institutes and universities… It has some affinity, yes. Even with this idea of ​​having a very small technical-administrative body. In the case of Embrapii, there is a relevant industrial aspect. It sets up its institutes within the idea of ​​giving competitiveness to industrial sectors. In the case of Inpo, we have a slightly different contribution. First, the focus is defined and we have some macro objectives that we will seek to meet.

Was the proposal to be an OS a choice? What are the advantages and disadvantages of this model in relation to direct public administration? This was always thought of as a way of optimizing the resources spent and giving agility to this institute, so that it would not be tied down by the State. The OS model gives us the ability to solve problems more quickly, such as hiring staff.

Let’s assume that Inpo is going to participate in a large international project on plastic in the sea. With that, we have to be agile to manage these international resources, hire doctors with a formal contract, not as civil servants, and form a team based on the greatest possible technical-scientific capacity.

Will the need to constantly raise funds be a challenge? Of course, a small part of the resources will come from the federal government, mainly to maintain the base team. It’s a big challenge, but if we have good projects, I don’t see much difficulty in raising these funds.

From the point of view of Brazil, we have seen the National Fund for Scientific and Technological Development being contingency, but, internationally, we had several contacts with institutions that allow organizations from other countries to apply resources in projects of international interest.

A second line is that we support projects that are not yet in place. As one of INPO’s first actions, we are going to hold a large national seminar on the ocean to understand what we have, what we are doing and where we can go. Based on that, let’s work out the priorities.