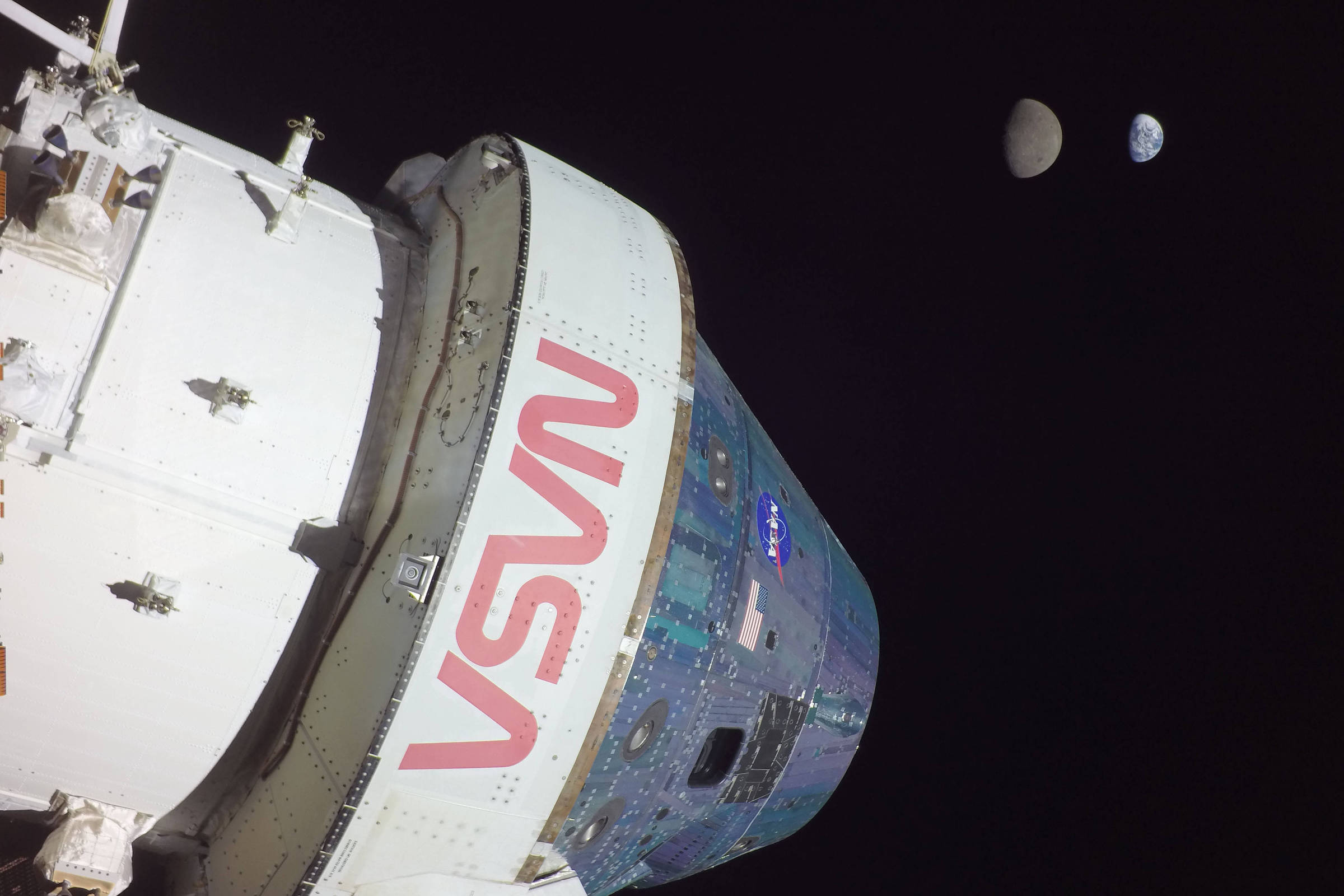 Few years in NASA’s history have been as spectacular as 2022. It is unusual for, in a period of a few months, the greatest scientific investment and the greatest exploration effort of recent decades to reach full success. But it happened this year, and it’s indisputable that the James Webb Space Telescope and the Artemis 1 mission have changed the way we look at the past and future of the Universe.

Looking back, we have Webb. With its powerful 6.5-meter segmented mirror and instruments capable of seeing infrared light, formal development began in 2003, based on proposals that began in the 1990s, not long after the launch of the Hubble Space Telescope.

The idea was to go a step further, developing equipment capable of seeing further than Hubble itself, making use of a more sensitive mirror and infrared observation, in contrast to its more famous predecessor, focused on visible light and only one little bit of ultraviolet and visible light.

The reason for this is not so difficult to understand. The Universe is expanding, which means that space itself is stretching. When light travels through it, it stretches with it, increasing its wavelength. So, what was born as ultraviolet and visible light in the outer reaches of the cosmos, by the time it reached us, it has already been converted into infrared. That’s why Webb earned the nickname “Hubble’s successor”: It sees further, because it is sensitive to light with a wavelength that the old telescope cannot detect.

The premise is easy to describe, but extremely difficult to carry out. To have adequate sensitivity, the telescope cannot be close to Earth, where the planet’s own luminosity would prevent it from reaching the very low temperatures required to see subtle infrared emanations coming from the most distant borders of the Universe.

In addition, a heat shield — in practice an awning the size of a tennis court — would have to be opened under the mirror to block out the sun and ensure proper thermal conditions.

The size of mirror required (not to mention the heat shield) would not fit in any available rocket hood, which required a complicated design in which the telescope would be launched into space like origami, carefully unfolding automatically, for weeks at a time. wire.

The estimated investment for its development, in 2003, was US$ 5 billion. The schedule then suggested a release in 2014. Several budget overruns followed, the project came to the brink of cancellation at several times, and only came to term after a successful turnaround in its management, which led to engineer Gregory Robinson, who took over the management of the project in 2018, to be listed among the 100 most influential people of 2022 in the American magazine Time.

The launch finally took place on December 25 of last year, followed by seven months of equipment deployment, installation in orbit, cooling and instrument commissioning. In July of this year, as the first observational data began to reach Earth, Robinson decided to retire after 33 years at NASA.

Webb’s work, however, had barely begun, and right away it already brought magnificent surprises, such as the most distant galaxy ever seen.

With an eye on the future of space exploration, NASA has finally put into practice for the first time its new architecture for manned missions beyond Earth orbit. With the success of the Artemis 1 mission, which took place between November 16 and December 11, the way is open for us to see humans outside the earth’s gravitational well, on a lunar journey, for the first time in more than half a century.

It was another project that went through many comings and goings, doubts and questions, over two decades.

The first rehearsal for the current initiative came in the wake of the Columbia accident, when NASA introduced the Constellation program, which was supposed to return humans to the Moon by 2020.

The initiative was effectively canceled, for lack of funds, in the Obama administration, and the elements of the current Artemis program are what the US Congress saved from the previous initiative – a high-capacity rocket based on technologies from the old space shuttle, the SLS, and a capsule for deep space flight, the Orion.

It would probably be another dead end if it weren’t for the advent of private initiative in providing space transportation services. Thanks to this, it was possible to hire, at a price that fit the budget, a private vehicle to transport astronauts to the lunar surface. NASA closed a contract for two landings with SpaceX, with its Starship vehicle, and is in the process of closing with a second company. Then these companies will need to complete the development cycle and deliver the contracted service.

Meanwhile, ready-made elements of the Artemis program are moving at a snail’s pace. As if the US$ 50 billion already spent and the five-year delay were not enough, an independent committee estimated that each new flight of an SLS with an Orion costs NASA US$ 4.1 billion. The agency says it will be less, but at the moment it is unlikely to reach a cadence of less than one flight every two years.

The Artemis 2 mission, which will take four astronauts on a 10-day tour around the Moon and back to Earth (somewhat reminiscent of the 1968 Apollo 8 mission), is scheduled for 2024 — and perhaps slips into 2025.

The first landing would come on Artemis 3, at the moment only formally expected for 2025. It would be optimistic to even think of 2026.

In parallel, Nasa and international partners (the European, Japanese and Canadian space agencies ESA, Jaxa and CSA are already part of this) are executing plans to build a small lunar orbital station, called Gateway. It will be another destination for crews in deep space, beyond the surface of the Moon, which will offer experience and training for a future trip to Mars (something that currently only exists as a notion, not a plan, among space agencies). The agency hopes to achieve a cadence of annual flights for the Artemis program, in hopes of making the lunar exploration initiative sustainable.

The novelty is that not only space agencies will make this new era of lunar exploration. Private companies continue to develop manned and unmanned landing modules for sending payloads to the Moon, and there are already at least two tourist missions contracted with SpaceX’s Starship, to orbit the moon: one sponsored by Japanese billionaire Yusaku Maezawa, in a project called #dearMoon, and another by the American Dennis Tito, who was the first tourist to visit the International Space Station, in 2001.

If in the 20th century we had a race to the moon, now it feels like we are having a wave, involving multiple countries and participants. It gives the impression that this time the movement is here to stay. But that only the future can tell. Regardless, it’s already safe to say that 2022 marked the beginning of a new era for NASA.