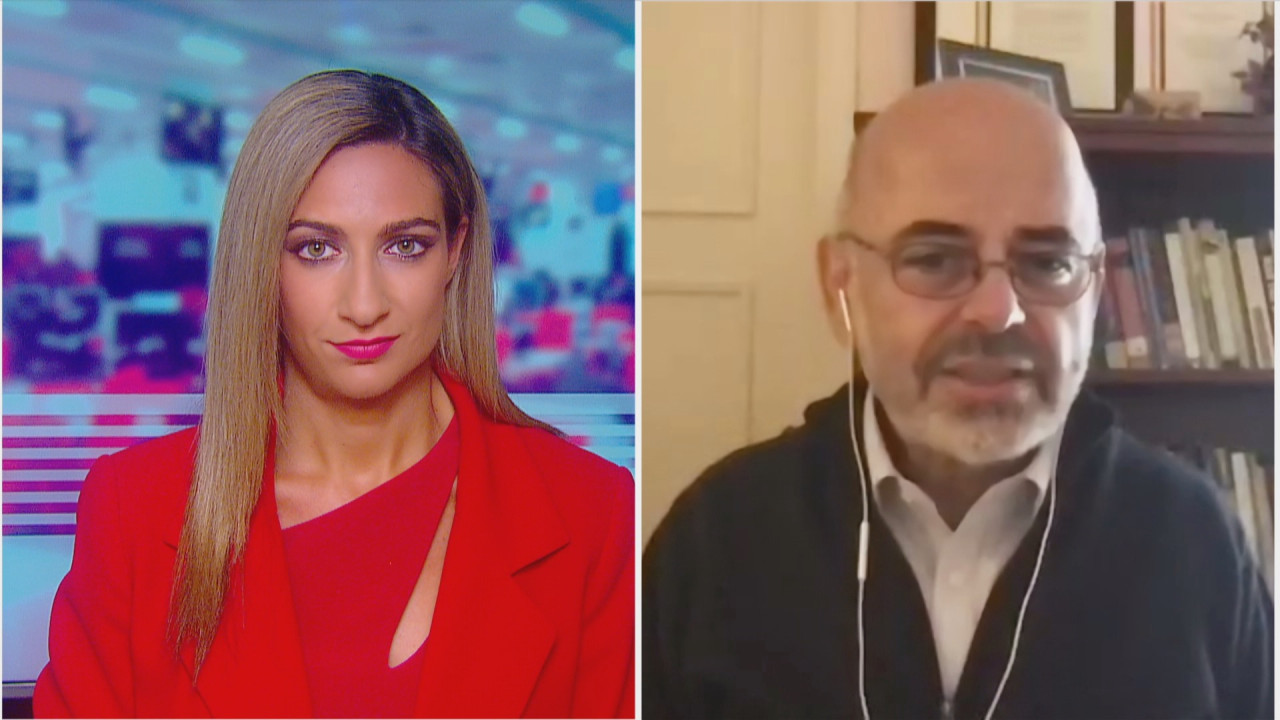 Lefteris Tsoukalas on SKAI: Greece can be among the 20 richest economies by 2050

The distinguished professor of Nuclear Engineering at Purdue University in the USA, Lefteris Tsoukalas, speaks exclusively to SKAI and Korina Georgiou about the new chapter that nuclear fusion opens in energy efficiency

He is considered one of the top five Nuclear Engineers in the world. He has been a consultant to the International Atomic Energy Agency, the US and Chinese governments.

The distinguished professor of Nuclear Engineering at Purdue University, USA, Lefteris Tsoukalas talks exclusively to SKAI and Korina Georgiou about the new chapter that nuclear fusion opens in energy efficiency.

Korina Georgiou: We are experiencing an unprecedented energy uncertainty and at the same time the planet is emitting a danger signal. Scientists refer to nuclear fusion as a historic milestone on the road to inexhaustible, green energy. What is the value of this achievement?

Lefteris Tsoukalas: It is what we call the opening kick of a new match. It is for some a new historical era. On December 13, America marked the new era by announcing a huge scientific achievement, namely that from
fusion of deuterium and tritium nuclei a surplus of energy was achieved. We measure it with an index called Q, which was 1.5. It must be more than 1 and it is for the first time. We’d like it to be closer to 10 and with longer times, but that’s the engineer’s job. The energy advantage is huge, because one kilogram of energy from the nuclei of atoms gives us about 200 million times more energy than the energy we would get from burning, oxidizing hydrocarbons. The aim is to reach by 2050 forms of power that are controllable, connected to the grid and produce no emissions.

K.G. You said that Greece has uranium mineral deposits, and in fact on Mount Pangaio in Drama, which under suitable conditions could fully cover the country’s energy needs for the next 3,000 years! What are these conditions and why have they not been exploited so far?

Lefteris Tsoukalas: We actually have to negotiate this reserve, the very important one, with the “permanent 5”, with at least one of the countries that have all the rights over the nuclear cycle, that is, with France, to put it practically. With France having a huge horizontal and vertical technological infrastructure around these reserves. We should cooperate with France, negotiate the supply of this fuel, its recycling absolutely.

5% is fuel when it enters the reactor and after 20 years of burning 95% has become fuel. By 2050, Greece can and must be among the 20 richest economies in the world, i.e. the G20, and it will achieve this with cheaper energy.