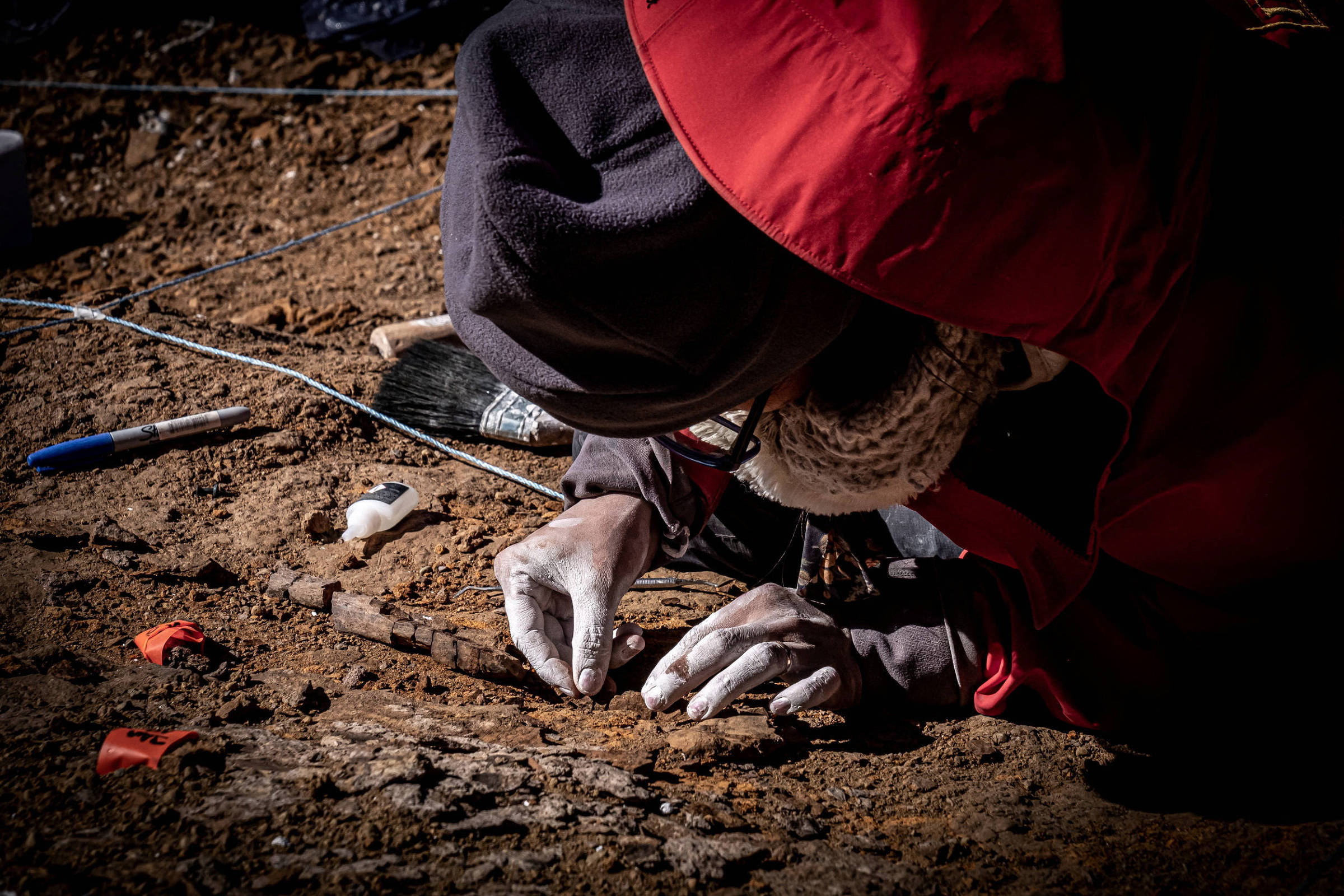 Scientists are unearthing the southernmost recorded dinosaur fossils outside of Antarctica in the Chilean Patagonia region, including remains of megaraptors that would have dominated the region’s food chain before their mass extinction.

Fossils of megaraptors, a carnivorous dinosaur that inhabited parts of South America during the Cretaceous period, about 70 million years ago, up to ten meters long, have been found, according to the Journal of South American Earth Sciences.

“A piece was missing,” Marcelo Leppe, director of the Chilean Antarctic Institute (INACH), told Reuters. “We knew that where there were large mammals there would also be large carnivores, but we hadn’t found them yet.”

The remains, recovered from the southern end of Chile’s Rio de las Chinas Valley in the Magallanes Basin between 2016 and 2020, include some unusual remains of unenlagias, velociraptor-like dinosaurs that were likely covered in feathers.

The specimens, according to Jared Amudeo, a researcher at the University of Chile, had some characteristics that were not present in similar fossils from Argentina or Brazil.

“It could be a new species, which is very likely, or it could belong to another closely related dinosaur family,” he said, adding that more conclusive evidence was needed.

The studies also shed more light on the conditions of the meteorite’s impact on Mexico’s Yucatán Peninsula, which may have triggered the extinction of dinosaurs some 65 million years ago.

Leppe of INACH pointed to a sharp drop in temperatures in present-day Patagonia and waves of intense cold that lasted for several thousand years, in contrast to the extremely hot climate that prevailed during much of the Cretaceous period.

“This world was already in crisis before (the meteorite), and this is evidenced in the rocks of the Rio de las Chinas Valley,” he said.