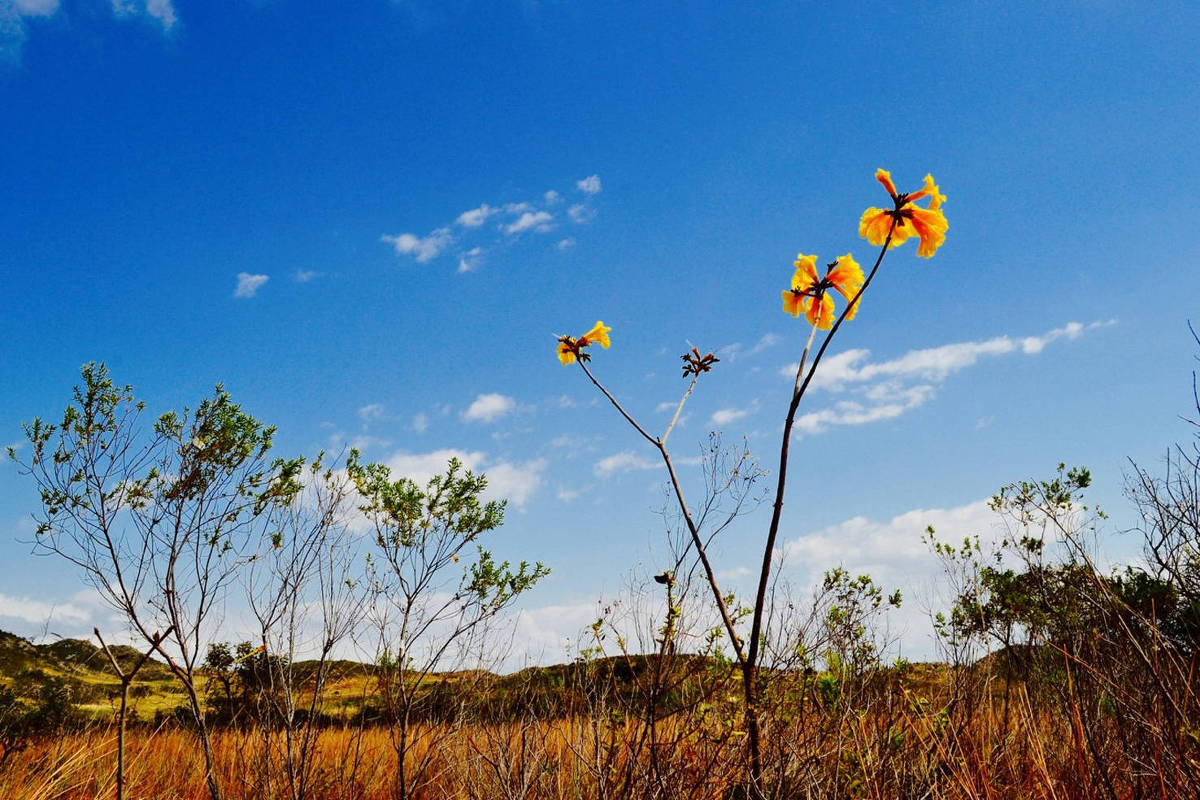 Once we see certain things in the mind’s eye it is impossible to “unsee” them. Anyone who realizes the complexity of relationships between living beings in an ecosystem, for example, inevitably starts to walk around the world seeing a previously invisible web of threads connecting the most different organisms.

It turns out that this web is even more ubiquitous than scientists have demonstrated so far, with unsuspected connections that influence the rest of the fabric even when they don’t seem to be tied directly to the threads they are altering.

At first glance, it seems almost magical, and perhaps it makes sense that the setting for this discovery is a plant best known for starring in nursery rhymes. It is the rosemary-of-the-field (Baccharis dracunculifolia), found, among other places, in the Serra do Cipó, in Minas Gerais. (Yes it is that one rosemary, “which grew in the field without being sown”. Blessed Pintadinha Chicken. Anyone who has had young children or grandchildren in recent decades certainly knows what I’m talking about.)

The wild rosemary, gentle reader, is a world in miniature. In this bush can be found at least 15 species of ants, nine types of predators (spiders and ladybugs —yes, many ladybugs are miniature jaguars), 41 species of herbivorous insects.

Calm down, it’s not over. The vegetable is also home to 17 different types of galls — in the case of rosemary, they are insects that produce tumors, the so-called galls, in the plant’s tissues and develop inside. Galls can still have tenants — animals that didn’t create them but settle in them anyway. And finally, about 50 species of wasps parasitize galling insects.

These numbers, capable of making anyone dizzy, were provided to this scribe by Milton Barbosa, a postdoctoral researcher at UFMG (Federal University of Minas Gerais).

Along with Geraldo Wilson Fernandes, also from UFMG, and Rebecca Morris, from the University of Oxford (United Kingdom), Barbosa is the author of a study recently published on the microcosm of wild rosemary in the specialized journal Current Biology. With simple experiments and a lot of patience, the trio showed that the invisibility of indirect connections between living beings can be temporarily “turned off”, revealing all their complexity.

Barbosa and his colleagues sought to detect interactions that were more subtle than those that happen directly between two species, such as the predation practiced by ladybugs against other small animals or the parasitism of wasps victimizing galling insects. The question was: would removing a third species, which apparently has nothing to do with these direct interactions, be able to modify the more visible relationships between predators and prey, for example?

They tested the idea by leaving some plants without ants (using a resin that prevented them from climbing the stem) or, in other specimens of rosemary, removing the galls. With that, they constructed an “effects network” of these manipulations—and found that most direct interactions between species were altered by deleting a single web element that apparently had nothing to do with the story.

“It is the first study to experimentally test the widespread existence and importance of a network of hidden interactions,” write the researchers. The work reinforces how difficult it is to predict the consequences of a careless intervention in such complexity.

Tripping over invisible strings doesn’t seem like a reasonable idea for a species as young as ours.