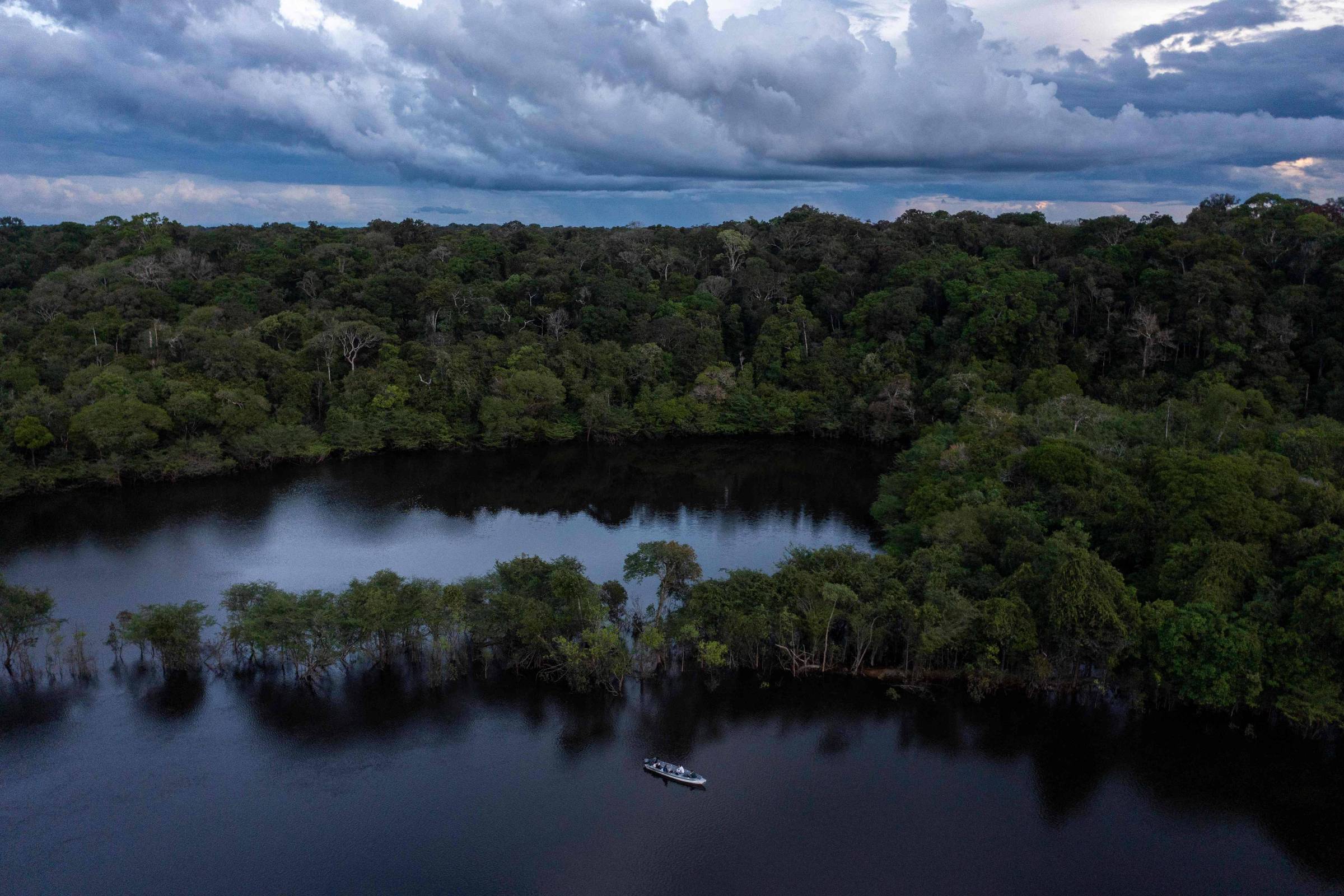 Species native to the Atlantic Forest are at risk of extinction with the reduction in rainfall brought by the Amazonian flying rivers, says a study. Severe droughts have diminished the population of the whitemouth frog (hylodes sazimai), which inhabits forests in only four Brazilian cities. Adaptations in their bodies may be insufficient to escape extinction in the short term.

The Atlantic Forest has the greatest biodiversity of amphibians in the world. On the other hand, the world’s largest decline of these animals, according to a study. Climate change, disease and habitat fragmentation decimate amphibians globally.

They are bioindicator animals, “the first to suffer with a minimum environmental alteration”, as explained by Lucas Ferrante, author of the study, which is part of Inpa (National Institute of Research in the Amazon).

Their high dependence on water for reproduction and breathing makes them vulnerable to fluctuations in temperature and humidity, says Célio Haddad, from Unesp (Universidade Estadual Paulista). He discovered and named the frog studied in 1995, in Campinas.

The team observed a decrease in rainfall and humidity in the soils of these regions, related to the increase in temperatures in the Atlantic Ocean, caused by global warming.

According to Haddad, this is the first time that research suggests a connection between rains coming from the Amazon and species from the Atlantic Forest.

Flying rivers rise in the tropical Atlantic Ocean, carrying moisture to the Amazon. Part of this moisture falls in the form of rain, another is returned to the atmosphere by forest transpiration, in the form of steam (8.4 trillion m3 per annum). It is a volume 20% greater than the flow of the Amazon River (6.6 trillion m3), says Philip Fearnside (Inpa), one of the authors of the research.

A part of the steam is converted back into rain, forming an Amazonian hydrological cycle, and the other will travel to neighboring regions. The powerful and complex hydrological cycle sustained by the Amazon regulates the climate of the entire continent — a mechanism discovered by agronomist Enéas Salati in 1979.

The researchers detected a decrease in the croaks of the males (singing to attract females) in periods with less rain coming from the Amazon. In 2014, the drought was so intense that no animals were heard by the team. There was no reproduction that year and its population declined in the following years, until 2016. “She [a espécie] is almost disappearing,” says Ferrante.

Similar results were found for another 20 species of amphibians in the region, says the researcher. He points out that amphibians control agricultural pests, disease vectors and are a very important link in ecosystems.

Frogs found in the driest and hottest forests (Areado and Campinas) had shortened membranes between their toes (fimbria), adapted for swimming in streams with reduced water flows. The authors suggest that climate oscillations contributed to the selection of these traits.

Haddad has another view, however. He believes there hasn’t been enough time, in evolutionary terms, for modern climate variations to select for such traits. “They appear to be adaptations that occurred over thousands of generations,” he says.

the frog hylodes sazimai is one of the 1,080 species of amphibians unique to Brazil, according to a survey carried out in 2018. Of these, 41 are at risk of extinction, of which 90% are native to the Atlantic Forest. The leaf tree frog (Phrynomedusa fimbriate), discovered in Santo André, in 1923, became extinct.

Sudden extinctions for climatic reasons were observed in Costa Rica as early as the 1980s, including the abundant golden toad (owl periglenes), discovered in 1965, last seen in 1987.

the fungus Batrachochytrium dendrobatidis is another factor that has decimated amphibians around the world: 90 species have already become extinct. Animals from the Atlantic Forest and the Amazon are also infected, in part due to the weakened immune system caused by climatic fluctuations.

The Amazonian flying rivers guarantee climate stability and biodiversity in the Atlantic Forest. They arrive at the biome literally flying, at an altitude of 1,500 m, after crashing into the Andes Mountains, at an altitude of 4 km.

They also feed the Cantareira system, which guarantees water for Greater São Paulo. It is estimated that 70% of the rainfall in the Plata Basin comes from the flying rivers and 30% directly from the Atlantic Ocean —there is no consensus, however, on these proportions.

José Marengo, from Cemaden (National Center for Monitoring and Alerts on Natural Disasters), says that the rainfall pattern varies greatly in this region, and that cold fronts from the south also play an important role.

Flying rivers even cause heat waves in Argentina as they lose moisture along the way, points out Marcelo Seluchi, from Cemaden. Another investigated consequence is whether they help to melt the Antarctic ice, as suggested by research — this research work is in charge of Heitor Evangelista, from Uerj (University of the State of Rio de Janeiro).

Since at least 1991, Brazilian scientists have warned about the serious consequences of deforestation in the Amazon for the regional and global climate. Losing or disturbing its hydrological cycle means more extreme weather events such as heat and drought over the Center-South of the country, which accounts for 70% of GDP (gross domestic product). Agriculture, livestock, water and energy costs are already being affected.