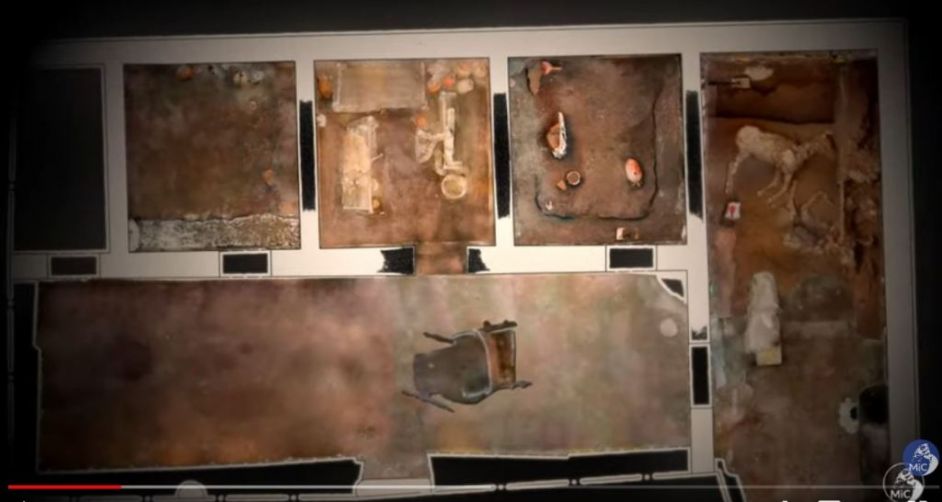 Pompeii: “Slave Room” Discovered – What It Reveals About Their Lives (vid) |

Archaeologists have unearthed a room in a mansion just outside Pompeii that contains beds and other objects that shed light on the living conditions of slaves in the ancient Roman city, which was lost after the eruption of the volcano.

The room, which has been maintained in excellent condition, includes three wooden beds and a range of other items, including amphorae, ceramic jugs and a nightstand.

“This important new discovery enriches our understanding of the daily life of the inhabitants of ancient Pompeii, especially of a social class of which little is known,” said Italian Culture Minister Dario Francescini.

Watch the video of the Italian Ministry of Culture:

Under Roman law, slaves were considered property and were not legally recognized.

The “slave room” is located near the site where a ritual chariot was discovered earlier this year near the stables of an ancient villa in Tsivita Giuliana, 700 meters north of the walls of ancient Pompeii.

Two of the beds were 1.7 meters long, while the third was 1.4 meters, indicating that the room may have been used by a small family of slaves, according to the Minister of Culture.

The room, 16 square meters, with a small window high, also served as storage space, as eight amphorae were found placed in its corners.