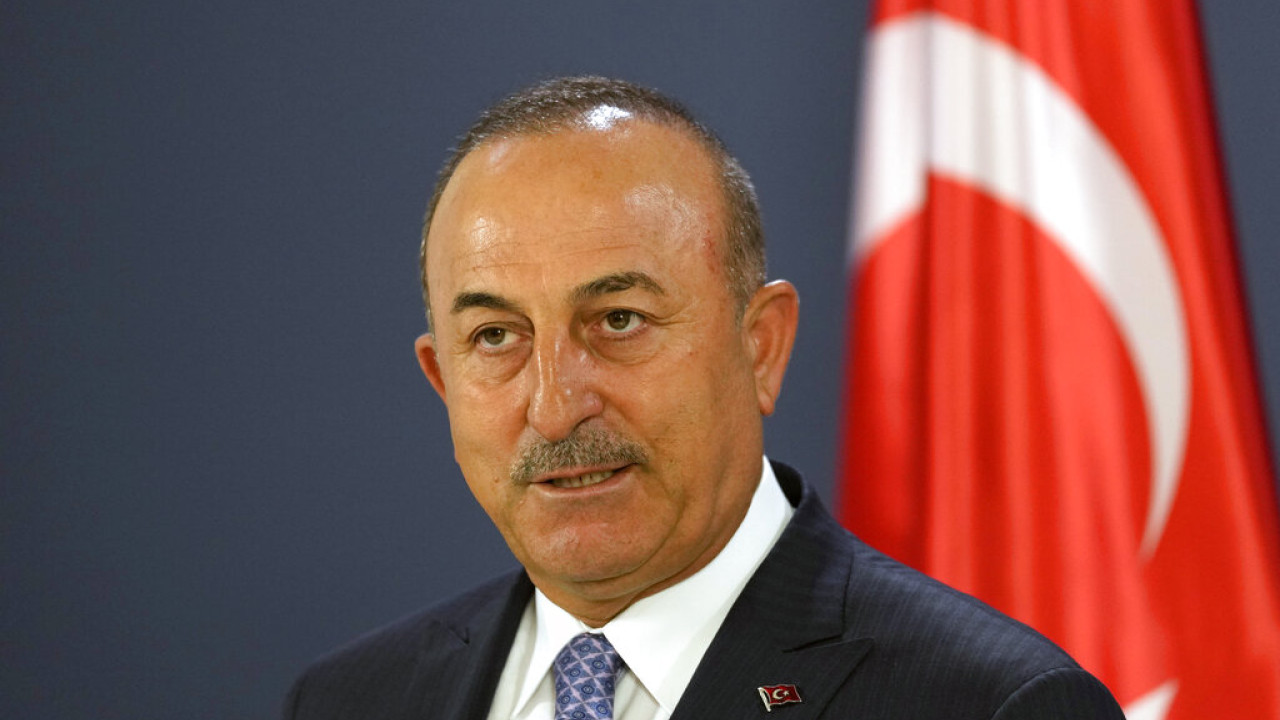 “We want Germany to maintain a balanced stance on the issues of the Eastern Mediterranean and the Aegean,” Cavusoglu said, accusing Athens and Nicosia of “propaganda.”

Turkish Foreign Minister Mevlut Cavusoglu claimed today that Germany has recently lost its impartiality in its mediating role between Turkey, Greece and Cyprus.

“We want Germany to maintain a balanced stance on the issues of the Eastern Mediterranean and the Aegean,” Cavusoglu said, accusing Athens and Nicosia of “propaganda.”

In a joint press conference in Istanbul, with his German counterpart Analena Berbock, the Turkish Foreign Minister emphasized that Berlin must listen to both sides without prejudice.

German Foreign Minister: No one can dispute the sovereignty of the Aegean islands

“My government will not allow there to be any doubt that we stand in solidarity,” German Foreign Minister Annalena Burbock clarified earlier in her statements in Greece.

“It is important to have mutual respect for sovereignty and today when we talk about international law we should even when the issues are very complicated some are very clear: the Aegean islands are Greek territory and no one has the right to question that “, he pointed out.

“We need unity, dialogue and acting wisely, as you are doing,” he said. “From your side, your neighbors, Turkey is causing you great concern, because things today are different than they were 15 years ago. It is clear to me that conflicts between NATO partners must be resolved through discussion.”

He also pointed out that it is important as a European family to keep our eyes on other countries and not to put all the weight on the bilateral level. “It is important to listen and see what has changed in recent years and what this means for the relations between Germany and Turkey.”

Asked if he will repeat these positions in Ankara, he said: “I am a kind of foreign minister who does not say one thing to one and another to the other capital. What I say here, I will also say in Turkey.”

He noted that the conflict in the circles of the alliance is what Putin wants and underlined the need for strong solidarity in Ukraine.

“Russia has launched an inhumane war. Putin should know every day that our resistance will be undiminished”, he pointed out and added: “We do not want to help Ukraine defend itself, we ourselves defend the European model of life, our freedom, the basic principles of peaceful coexistence”.

“We also defend the fact that small states can sleep peacefully and not worry that at any moment a stronger neighbor, against international law, could attack them.”

Regarding the issue of circular exchange, he noted that it is important that what was discussed be put into practice. In the last weeks it was agreed to make mutual visits and both the German and the Greek side made the corresponding studies so that the armored vehicles could be delivered as soon as possible.

Mr. Dendias, for his part, confirmed that the issue is “in the fulfillment phase”.

The German foreign minister pointed out that Greece and Germany are linked by “a cordial and deep-rooted friendship, but at the same time it does not lack wounds and scars. And this is due to the period of the euro crisis”.

“At that time, we did not do everything correctly”, admitted the German minister. “Many times we thought we knew the answers to your problems better and listened less to the other side.”

He emphasized that it is important to seek an open and honest exchange of opinions, even if there is not one hundred percent the same opinion. “For the German government I can promise that we have learned more and we intend to heal the wounds.”

Referring to the period of German occupation, Mrs. Burbock pointed out that “Germany bears an unimaginable guilt for World War II, and one feels how painful this issue is still in Greece.”

“I understand that, unlike Germany, the Greek government does not consider this legal issue over. I think we have a good base on which we can build more,” he noted.

“It is important to me that we know the responsibility for our own history and that it does not have an end. That’s why I wanted to start my visit here from the Komandatur detention center and the Holocaust memorials,” he pointed out.

“Reconciliation is not something to be taken for granted,” he noted. “As the new German government, we intend to learn from history, to build the foundations for future generations, even if we have different views on legal issues.”

He also pointed out that it is important to see where there can be investments in towns and villages affected by the German occupation, as well as the support of the Jewish community.

“Joint historical study is important so that we can jointly recognize and sort out the crimes that have not yet been dealt with,” he stressed and added: “We know that this is not a substitute for the reparations you desire and does not compensate for the wrong he has done Germany”.

Referring to immigration, she admitted that in Germany for a long time it was assumed that the European border states could manage border protection and immigration on their own. “This was not only a lack of solidarity but more than short-sighted.”

He noted that unfortunately in the EU we are far from unanimity regarding the common asylum system, but it is gratifying that there are 12 member states that agree and with them we can move forward to promote a mechanism of solidarity. “This will not solve all migration issues in Europe, but it is better than standing still,” he said.

“We must if we want open internal borders in Europe, we must also take care of the external borders and their security”, pointed out Mrs. Burbock and added: “But every border has a door and every person has the guaranteed right to ask for asylum. I understand that this sounds easy to say from Berlin or Brussels, but the reality is relentless and difficult.”

He emphasized that it is obvious that immigrants are being exploited again and again and noted that even the countries that are not on the external borders “should ensure that there are no violations – among them I include illegal pushbacks -, no matter how the rescue works in the sea, something which is a European duty”. He added that Greece offers and has offered a lot for hosting immigrants.

Finally, referring to the green transition, Ms. Burbock pointed out that she and Mr. Dendias discussed offshore wind farms “which are more appropriate for energy policy and security policy than drilling programs.”