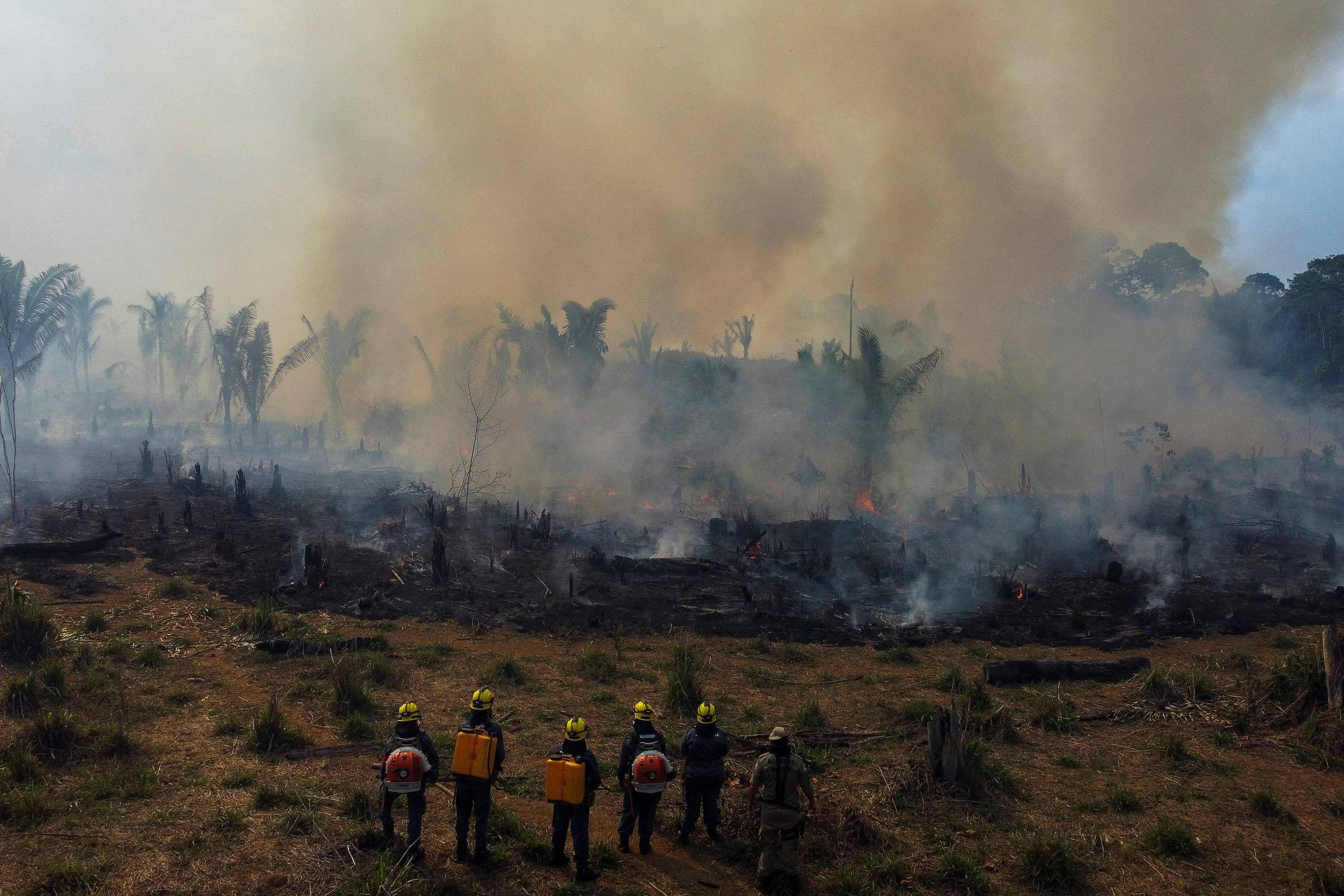 Lula’s defeat would be a disaster for democracy and the planet, said an editorial in the British The Guardian. Amazon emerges at the center of the presidential campaign, said the American New York Times. Forest destruction soars ahead of elections, reported the Wall Street Journal. In the news about Brazil’s claim abroad, the environment was seen as a major concern of the international community.

The administration of Jair Bolsonaro, marked by setbacks such as deforestation records and the dismantling of inspection bodies, made the country go from leadership in diplomacy linked to the subject to a kind of pariah. “Brazilian diplomacy is hijacked by bad environmental policy,” says Ana Toni, executive director of the Instituto Clima e Sociedade (ICS). “In any meeting the country is at, the question that is asked is about the environment.”

She and Cíntya Feitosa, also from the ICS, are the authors of an article that analyzes the environmental diplomacy of the current government. They argue that Bolsonaro has replicated the political foreign relations of right-wing populist leaders such as the American Donald Trump and the Hungarian Viktor Orbán, equating agendas such as the climate emergency and environmental oversight with threats to freedom and sovereignty.

By belittling environmental diplomacy, however, the president abandoned one of the greatest Brazilian “soft powers” without having anything to put in place, the researchers conclude. Toni believes that Bolsonaro made a serious miscalculation when calculating the weight of the environment in geopolitics – a subject that went beyond the limits of environmental activism and started to guide larger discussions, from energy to commodities.

To a certain extent, the specialist recalls, the stance even harmed the management’s ambitions for foreign relations: the agreement between Mercosur and the European Union, which is currently closed, and Brazil’s entry into the OECD, a group of rich countries, which depends on the fulfillment of a range of requirements in the area.

“Environmental diplomacy has become economic. You no longer see the climate issue as a side issue in meetings of the G7, the G20”, says Feitosa.

This understanding is echoed in the government plans of the main presidential candidates for the area —Lula (PT), Ciro Gomes (PDT) and Simone Tebet (MDB). Jair Bolsonaro’s (PL) team asked the report to forward an interview request to Itamaraty, which had not been answered until the publication of this text.

Coordinator of Ciro’s program, Nelson Marconi says that the theme is horizontal, which crosses several areas. “He may not be speaking with that specific title, but he’s been talking a lot,” he says of the candidate’s statements.

Natura co-founder Pedro Passos, who formulated Tebet’s environmental program alongside the former president of Itaú and columnist for Sheet Candido Bracher, argues that the environment can serve to reconnect Brazil to the global economy. “The world needs the solutions that Brazil can offer”, says the businessman, citing the potential of the carbon credits market. “We have an important bargaining chip, which is not take it there, give it here from before.

Passos says he does not see any contradiction between the Emedebista’s promises to eliminate deforestation and its connection with agribusiness. “Organized agriculture defends the environmental agenda. What we see are small informal people, who take advantage of this situation of lack of control to grow illegally.”

Finally, two days before the first round, Lula’s campaign is still finalizing a document detailing the international strategy for the climate in an eventual government. The text was built from conversations with 65 actors from different sectors of society and regions of the country and from articulations with names linked to the party. One of the promises is the proposition of a climate agenda for the global South, which is more comprehensive than the energy transition and mitigation agenda advocated by developed nations.

The idea is that Brazil can bring together other developing countries around the issue — some of the most affected by the climate crisis. One of the concrete proposals in this regard is for Brazil to host a Southern climate conference.

Representatives of the three campaigns also affirm that the first action of their eventual governments for the sector would be an immediate resumption of inspection. This would imply restructuring command and control bodies such as Ibama and Funai and revoking decrees that allowed the current government to “pass the herd.”

The measure is seen as a prerequisite for Brazil to regain credibility with the international community — even if, ultimately, only concrete results can guarantee this return, says Rubens Barbosa, a diplomat with more than 40 years of service and today at the helm of the Irice (Institute of International Relations and Foreign Trade). The entity recently launched a study that assesses the degree of compliance with the commitments assumed by Brazil in more than 60 norms and 15 environmental agreements since 1992.

Chairman of the board and co-founder of Instituto Arapyaú —a private foundation that invests in sustainable development projects—, Roberto Waack adds that other important signs in this regard would be the presence of the transitional government in events such as COP27 and the recognition of the importance of indigenous peoples to preservation discussions.

He and other members of the entity defend the creation of a Secretary of State for Climate Emergency, along the lines of the role that John Kerry plays today in the White House. The idea is discussed in Lula’s campaign — in which names cited for the post involve those of former ministers Izabella Teixeira and Marina Silva — and Tebet’s government plan proposes a similar initiative.

Waack affirms that the secretariat would be a way to ensure that the climate agenda is present in the discussions of all Executive bodies — including Itamaraty. In addition, it would help speed up processes and indicate programmatic priorities for the Legislature. The proposal is one of many in a plan of goals organized by Arapyaú to be presented to an eventual transitional government after the election.

The expert admits that these signs may be insufficient if the current president is reelected. “Any other government will have a vote of confidence from the international community. But Bolsonaro has the added challenge of rebuilding his credibility.”

He defends, in any case, that the country has conditions to change the defensive strategy for an offensive one in the field. “The world of climate crisis offers many more opportunities than threats to Brazil. If we control deforestation, we will reverse the game and become the major agent in the supply of low carbon commodities in the world.”