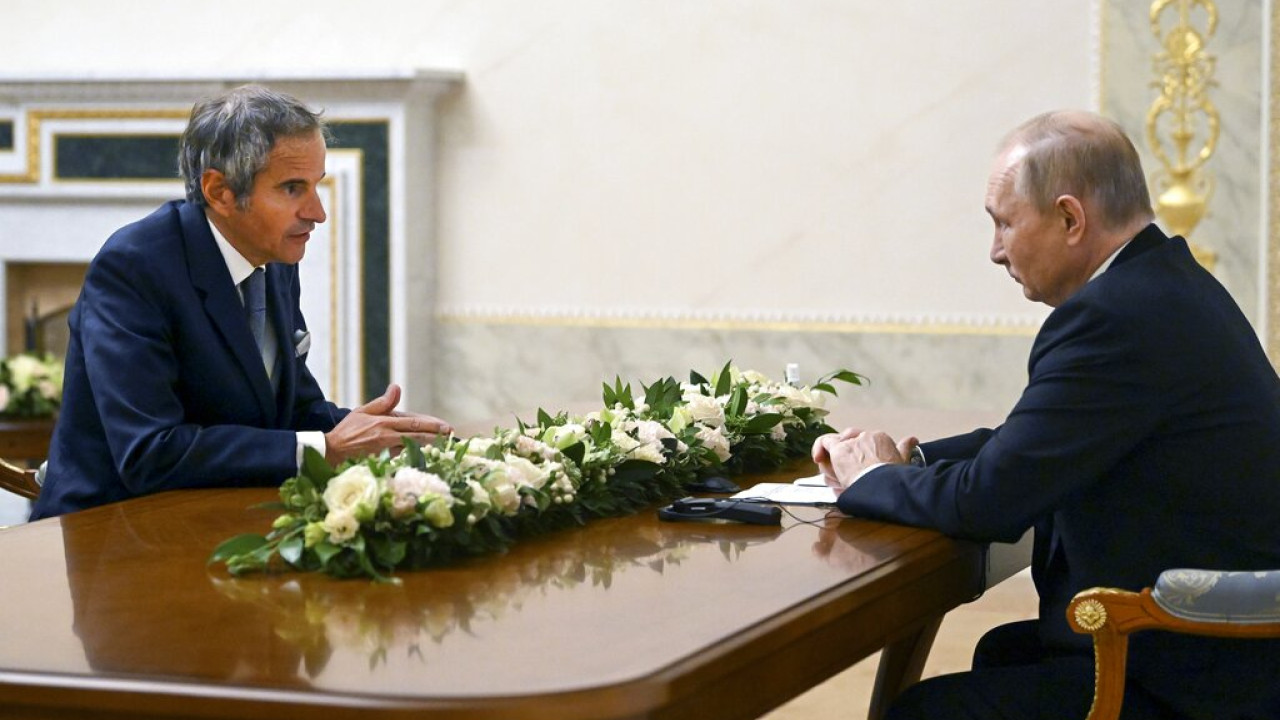 Putin to IAEA chief: Concern about the situation around the Zaporizhia station

During their meeting in St. Petersburg, Vladimir Putin asserted that Russia is open to dialogue and can discuss all issues related to the operation of the nuclear power plant

During their meeting in St. Petersburg, which was broadcast on Russian state television, Putin told Grossi thatRussia is open to dialogue and can discuss all matters related to the operation of the nuclear power plant.

Putin also said that there was “excessive, dangerous politicization” of everything related to nuclear activity.

The Zaporizhia nuclear power plant, Europe’s largest, has been a key flashpoint in Russia’s nearly eight-month military campaign in Ukraine.

The nuclear plant, which was seized by the Russian military in early March, remains close to the front lines and has been repeatedly bombed, with little damage so far, but fears of a nuclear holocaust are rising. Both Kyiv and Moscow blame each other for the bombing of the station’s facilities. Raphael Grossi had led an IAEA mission to the Zaporizhia station in August.