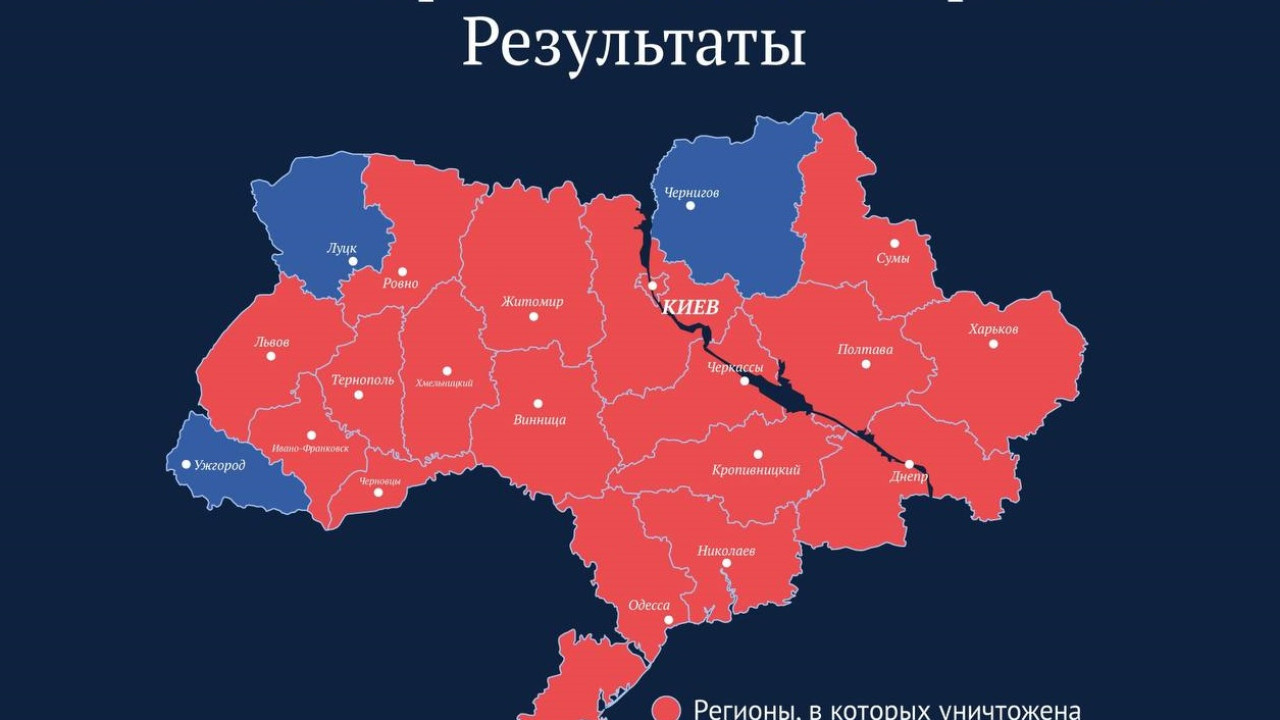 Moscow posted a “red” map of Ukraine from the attacks: “Whoever resists, destroyed”

“There are no negotiations with terrorists anywhere in the world. If terrorist attacks by the Kiev regime continue, the response will be even harsher.”

The president of the State Duma posted a map of Ukraine “red” from the Russian attacks Vyacheslav Volodin, threatening that “anyone who resists is destroyed.”

“If the terrorist attacks by the Kiev regime continue, the response will be even tougher,” he says, pointing to the map, which Moscow says shows the extent of Russian attacks.

“There are no negotiations with terrorists anywhere in the world. If terrorist attacks by the Kiev regime continue, the response it will be even tougher” Volodin warns.

“All the organizers and executors of the terrorist attacks must be found. Anyone who resists – destroyed,” declared the chairman of the State Duma, posting the map on his Telegram channel in the wake of the explosion on the Kerch bridge in Crimea.

Red are areas where, according to Russia, they have been destroyed or damaged critical infrastructure used by the Ukrainian armed forces. Only three areas of Ukrainian territory do not appear to have received a significant wave of attacks or suffered serious damage.

“More than 70 energy facilities were hit, with Ukraine losing more than 50% of its production capacity,” the map notes.

Key infrastructure in the Kyiv region was hit by Russian UAVs today Thursday, the Kirill Tymoshenkodeputy director of the office of the president of Ukraine Volodymyr Zelensky.

Ukraine has been reporting attacks by Iranian-made Shahid-136 type UAVs in recent weeks. Iran denies supplying remote-controlled drones to Russia. The Kremlin has not commented.

Earlier, the regional government of Kyiv announced that a settlement had been bombed, adding that “proper crews are already working on the ground”, without giving more details about what was bombed, or exactly where.

“Stay in shelters until the alert ends. Do not post photos and videos on networks” urged the citizens.

For its part, the Air Force of Ukraine announced that on the night of October 13, the forces and means of air defense of the “Southern” air command of the Air Forces of the country’s Armed Forces shot down four enemy kamikaze drones “Shahed-136” over the Odesa region, and two over the Mykolaiv Region.