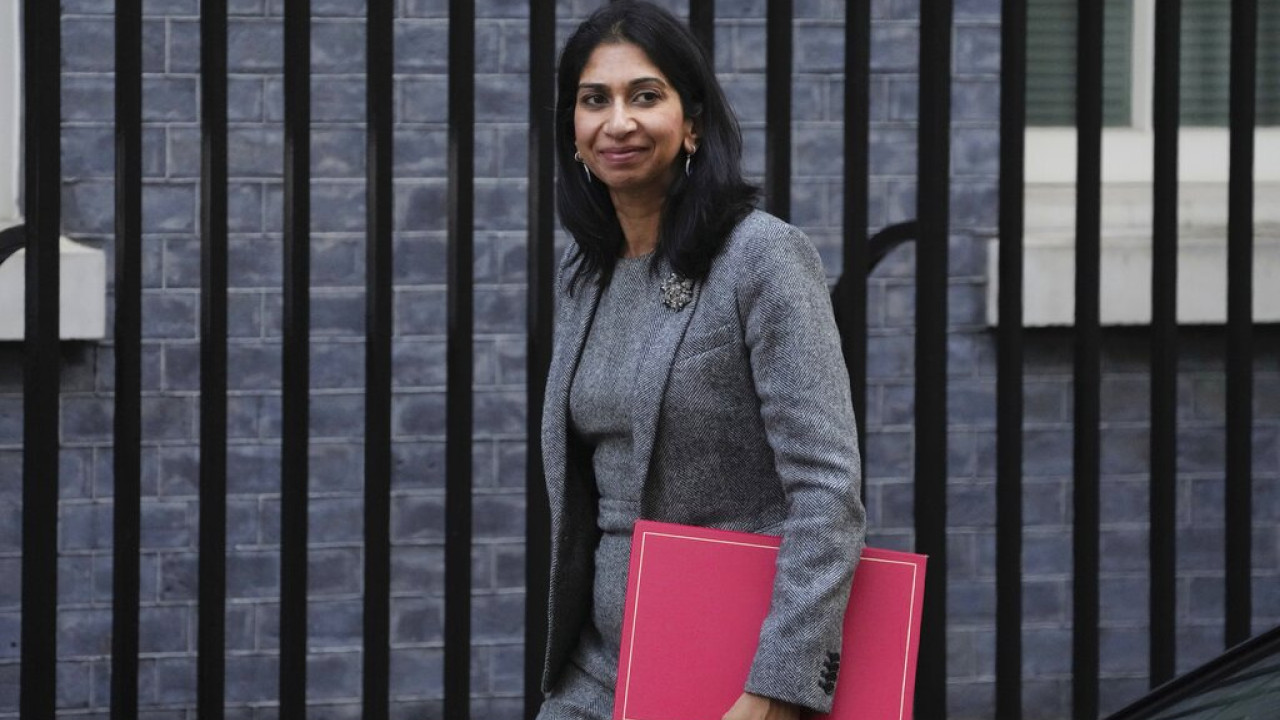 It is the second loss of a top minister in a few days for Ms Truss, following the removal-resignation of Finance Minister Kwasi Kwarteng.

He is out of the British government since the afternoon Minister of the Interior Suella Braverman after just 43 days in office.

The top minister was essentially forced to resign as she was judged to have violated the ministerial code.

As he states in his resignation letter, earlier today he sent an official government document regarding immigration policy to an MP via private email. This is a document that was classified as “sensitive” as it was believed to be about financial aspects of immigration policy.

She adds that as soon as she realized her mistake she contacted the relevant cabinet secretary to report it. “It is right for me to leave,” adds the resigned Minister of the Interior.

In the continuation of the letter, however, he launches an attack on Mrs. Trass, noting meaningfully:

“Government is based on people taking responsibility for their mistakes. Pretending that we haven’t made mistakes, carrying on as if no one can see that we’ve made them, and hoping that things will magically work out, is not serious politics. I made a mistake. I accept responsibility. I quit”.

He then makes it clear that he has “concerns” about the government’s direction, which he says has broken key commitments to Conservative voters, but also because Ms Braverman is concerned that there is not enough commitment in the party manifesto, such as reducing of the number of immigrants to the country and the reduction of illegal immigration.

It is the second loss of a top minister in a few days for Ms Truss, following the removal-resignation of Finance Minister Kwasi Kwarteng.

Ms. Braverman is considered an extreme representative of the right wing of the Conservatives. She had made clear her opposition to overturning the abolition of the top 45% income tax rate, saying that MPs had essentially staged a “coup” with the prime minister as the victim.

Her replacement is one of the fiercest critics of Liz Truss, the Minister of Transport of the Johnson government Grant Shapps.

Mr Shapps, like Jeremy Hunt, had backed Rishi Sunak over Ms Truss during the race to succeed Boris Johnson.

His appointment is seen as an attempt by the prime minister to now put in the government officials with whom he does not identify ideologically, after criticism that he excluded from the ministerial structure all the supporters of Rishi Sunak.

A little earlier, Conservative MP William Rugg announced in the House of Commons that he has submitted a letter of no confidence against the prime minister to the relevant party body. He thus became the non-Tory MP who publicly advocates the removal of Mrs Trass.