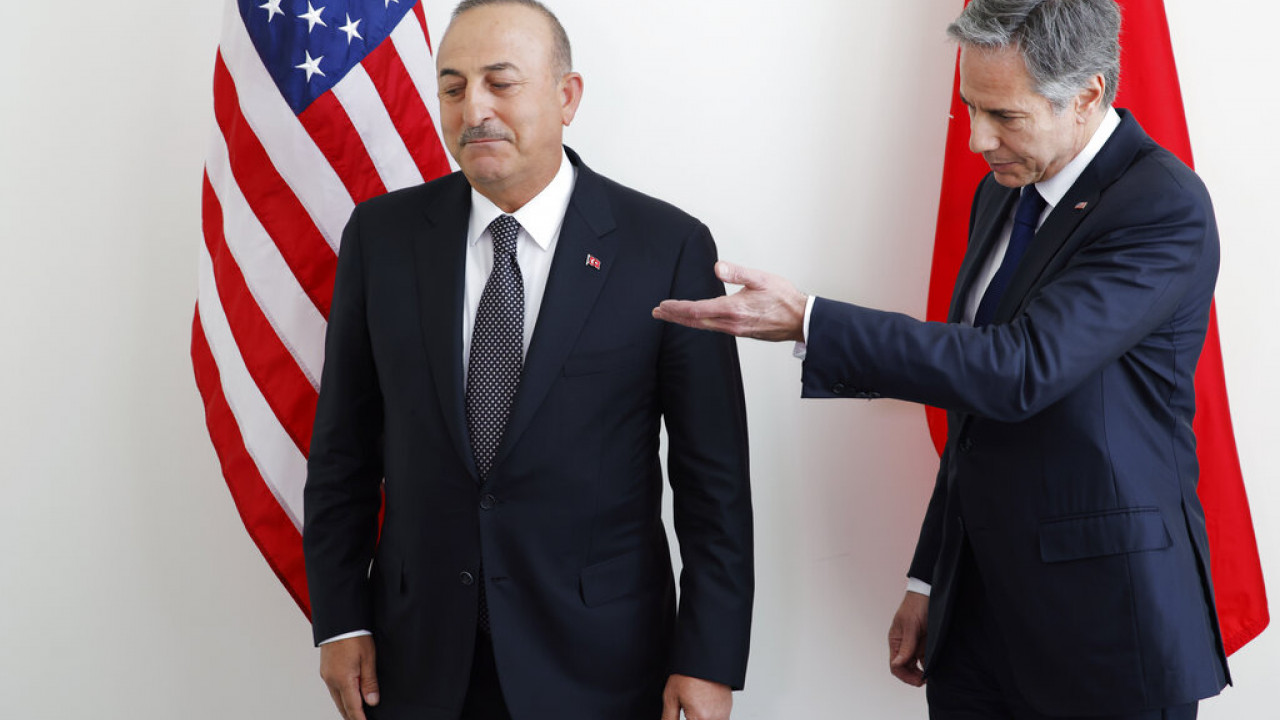 Mevlut Cavusoglu also attacked the US for Washington’s reaction to the OPEC+ decision.

“The balance of the US has broken,” said Turkey’s foreign minister, Mevlut Cavusoglureferring to the American decision to lift the arms embargo to the Republic of Cyprus.

As the SKAI correspondent broadcasts from Istanbul, Manolis Kostidis, Cavusoglu said: “Despite the statements of the US ambassador that they are impartial, the balance of the US has broken. They do not keep balance and decided to lift the arms embargo on the Greek Cypriots for one year. I said to Blinken ‘why did you do that?’, he said ‘because they cooperated with us on the black money issue’.”

And the Turkish Foreign Minister continued: “Well, in exchange for this you go and give weapons? Because these weapons are against the Turks. And what did we do? We have sent reinforcements and will send more. When they decide, we take steps.”

Referring to Greece, he said: “And on the issue of Greece, there are some foundations in Greece. They answer us and say that these are related to Russia because of Russia’s presence in the Eastern Mediterranean. But we say the following about Greece and the Greek Cypriots. It doesn’t matter who they have behind them and who supports them. It matters who is against them! Turkey matters, not who supports them.”

Mevlut Cavusoglu attacked the US and for it Washington’s reaction to the OPEC+ decision.

“These bullies on OPEC countries and Saudi Arabia are not correct.”

Cavusoglu said: “You may like the decision made by the OPEC countries and you may not like it. That does not matter. But we see that one country threatens other countries and especially S.Arabia, these rumors are not correct. We don’t think it’s right for the US to put pressure on Saudi Arabia and any other country for that matter.

As today the whole world needs Venezuela’s gas and oil. Now they began to relax the embargoes in Venezuela. On the other hand, there is the embargo on Iran’s oil. Our companies, our refineries, cannot buy from Iran. End these sanctions! Since you want oil prices to drop, stop the embargoes.”