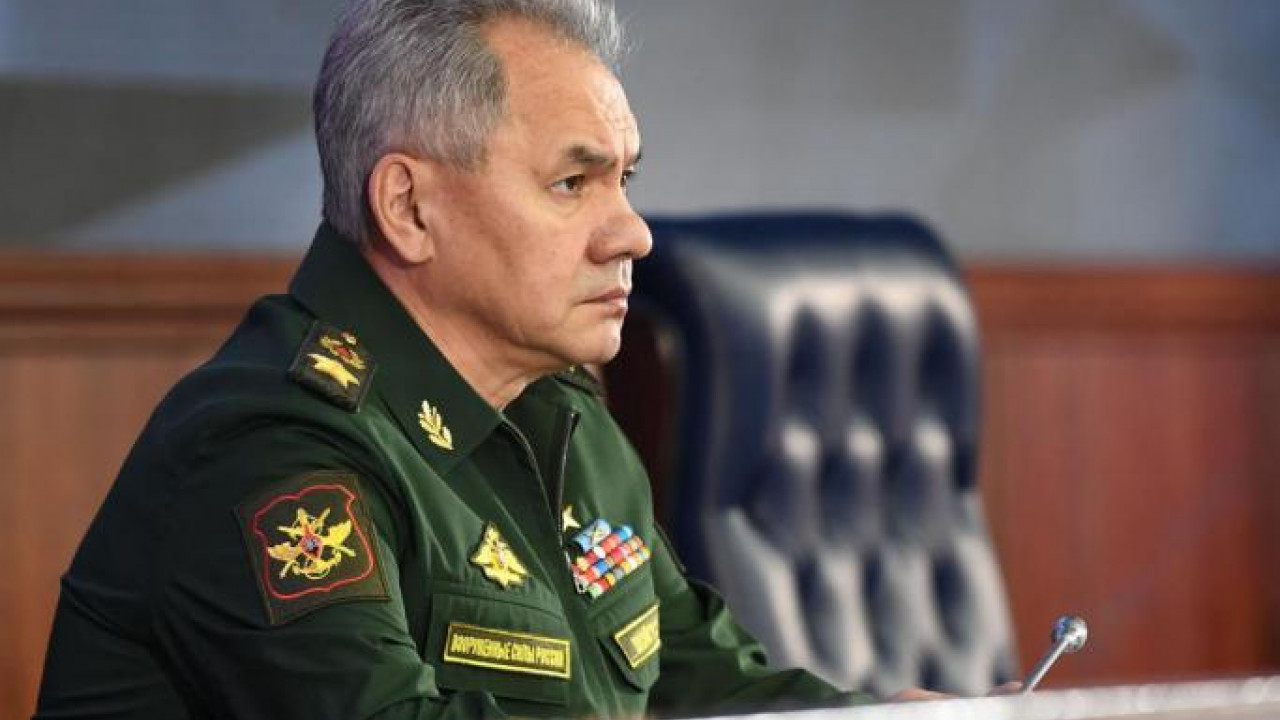 Russian forces evacuate Kherson and warn the West of escalation

Russia fires missiles and launches drones at southern city Mykolifecontrolled by Ukrainedestroying an apartment complex, while declaring that the war was heading for an “uncontrollable escalation” in telephone communications with Western defense ministers.

The blow to this city, which has shipyards and is located at a distance of about 35 kilometers northwest of the line of front of Chersonatook place as Russia ordered 60,000 people to leave the region “to save your lives,” it said, from Ukrainian counterattack.

The Russian Defense Minister, Sergei Shoigu discussed the “rapidly deteriorating situation” in telephone communications with his counterparts in Britain, France and Turkey, the ministry said.

He also spoke by phone with US Defense Secretary Lloyd Austin for the second time in three days. The Pentagon said Austin told Shoigu he “rejects any pretense of Russian escalation.”

Without giving details, Shoigu said Ukraine could escalate the situation by using a “dirty bomb”i.e. conventional explosives with radioactive material.

Ukraine does not possess nuclear weapons, while Russia has declared that it can protect its territory with its nuclear arsenal.

Ukrainian Foreign Minister Dmytro Kuleba dismissed the charge as “absurd” and “dangerous”, adding: “Russians often blame others for what they themselves plan.”

In a joint statement after the talks, Britain, France and the United States said they were committed to supporting Ukraine “for as long as it takes” and rejected Russia’s “dirty bomb” warning.

“Our countries have made it clear that we all reject Russia’s patently false claims that Ukraine is preparing to use a dirty bomb on its own soil,” they said.

“The world will see the truth in any attempt to use this claim as a pretext for escalation.”

Yesterday’s rocket strike in Mykolife destroyed the top floor of the apartment complex, littering a square and neighboring buildings with shrapnel and debris, witnesses told Reuters. No casualties were recorded.

“After the first explosion, I tried to go out, but the door was stuck,” said 50-year-old Oleksandr Mezinov, who was woken up by the explosions. “After a minute or two, there was another loud explosion. Our door shook in the hallway.”

But Ukraine’s efforts to limit the action of unmanned aerial vehicles are successful, the ministry added today in a tweet.

The advance of Ukrainian forces in recent weeks around Kherson and the northeastern regions of the country has been met with an increase in Russian missile and drone attacks against civilian infrastructure, which has destroyed around 40% of Ukraine’s electricity system before winter.

Russian troops have withdrawn from parts of the front and occupation authorities are evacuating civilians deeper into Russian-held territory ahead of the expected battle for Kherson, the regional capital on the west bank of the Dnieper river.

Kherson is a gateway to Crimea, which Russia annexed in 2014.

“The situation today is difficult. It is vital to save your life,” Russian Education Minister Sergei Kravtsov said in a video message. “It won’t be for long. You will definitely come back.”

Russian-appointed authorities said there were not enough boats to ferry people across the river yesterday as there was a “big increase in the number of people wanting to leave”.

About 25,000 people have been evacuated since Tuesday, Interfax news agency reported.

Ukrainian armed forces announced gains in the south, capturing at least two villages they said the Russians had abandoned.

The Russian Defense Ministry announced yesterday, Sunday, that its forces continued attacks against Ukrainian energy and military infrastructure, destroyed a large ammunition depot in the central Cherkasy region and pushed back Ukrainian counterattacks in the south and east.

Reuters could not independently confirm this information.

Facebook
Twitter
Pinterest
WhatsApp
Previous article
Find out how to participate in the Correios auction this Monday (24)
Next article
The reins on far-right politicians: Recipe for success or something else?