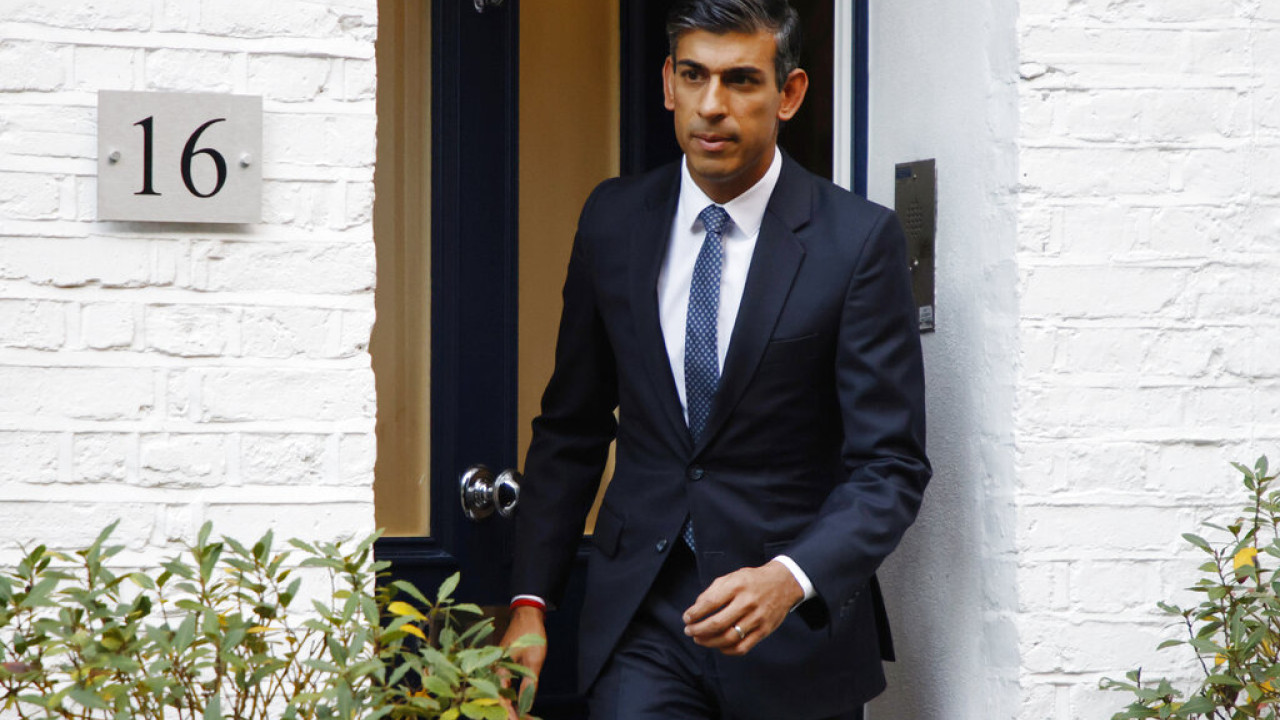 British media are reporting that Rishi Sunak will become Britain’s next prime minister even within the next few hours, following the withdrawal from the race of Boris Johnson, who admitted he cannot hold the Tories together.

The 42-year-old Sunak, a former finance minister, is likely to be named the new party leader even today, replacing Liz Truss and thus becoming the third prime minister of the country in less than two months.

THE multi-millionaire former stockbroker will face one of the most serious challenges to restore the country’s tarnished fiscal picture by cutting spending as the country sinks into recession due to ever-rising energy costs, housing interest rates and food price hikes.

He will also preside over a party that in recent months has lurched from one crisis to another and is deeply polarized ideologically, while leading a country whose citizens are outraged by its politicians.

Sunak overcame the last hurdle in this one short, but very interesting race since his opponent, Penny Mordantfailed to secure the support of 100 MPs in today’s vote.

Sunak first came to the fore at age 39 when he became Chancellor of the Exchequer under Boris Johnson as the country’s COVID-19 pandemic hit, introducing an unpaid leave program to support millions of workers during multiple lockdowns.

If Sunak wins, then he will become the first Indian-origin Prime Minister of the United Kingdom.

His family immigrated to Britain in the 1960s, a time when many people from the former British colonies arrived in the country to help rebuild it after the Second World War.

After graduating from Oxford University, Sunak attended Stanford University in the US where he met his wife Aksatha Murthy, daughter of Indian billionaire NR Narayana Murthy, founder of Indian IT giant Infosys Systems, while also working at Goldman Sachs as analyst.

Facebook
Twitter
Pinterest
WhatsApp
Previous article
New technique may increase trans women’s chances of having children
Next article
Horror for a young couple: A wild boar fell on their car in Volos