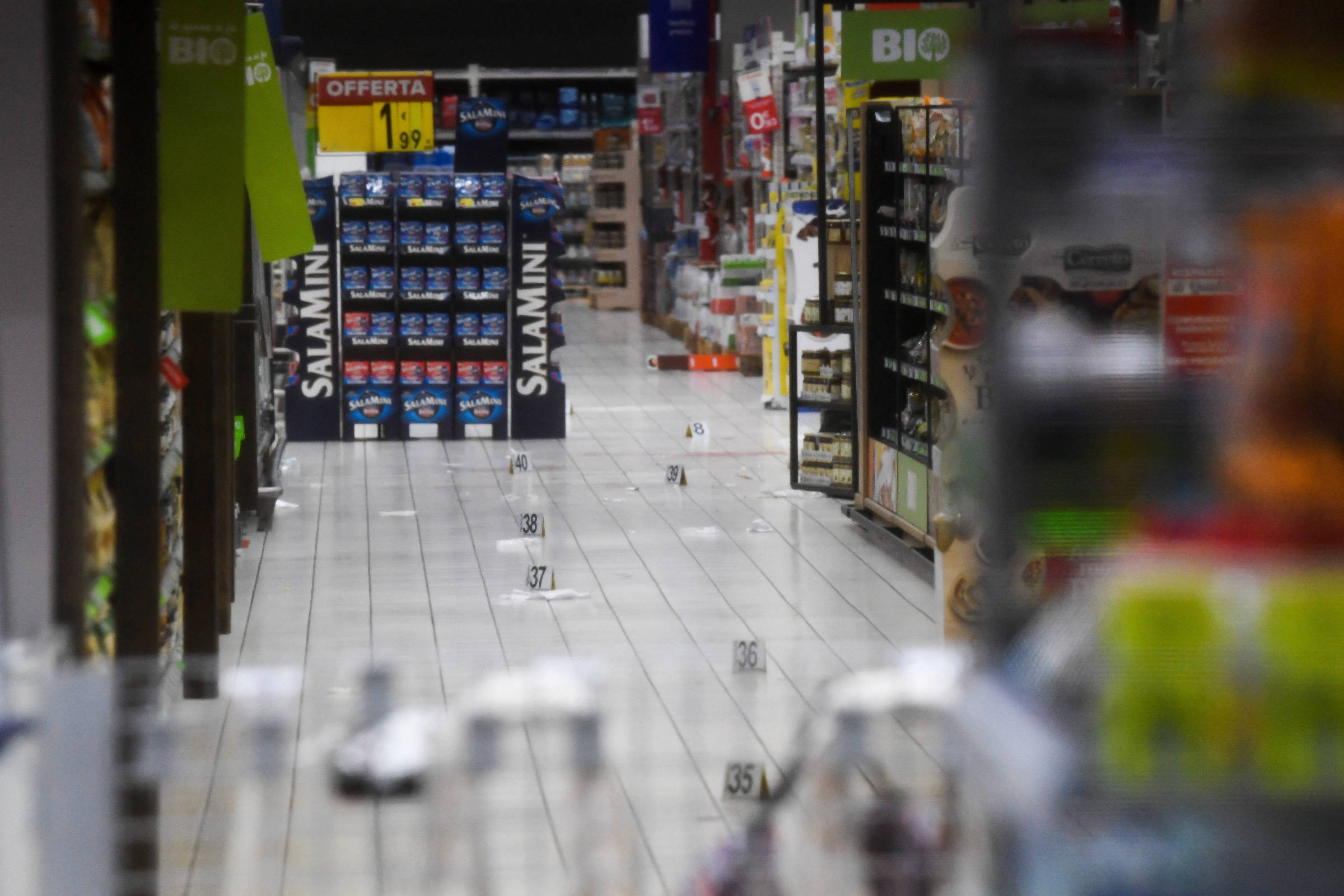 A man took a knife from a supermarket shelf and stabbed six people on Thursday at a Carrefour branch located inside a shopping center in Assago, on the outskirts of Milan, Italian media reported. One of the victims, a Bolivian cashier, died en route to the hospital.

The suspect, a 46-year-old Italian, was detained by police. With a clean record, he would have mental problems and would have been undergoing treatment for depression for a year, according to the Ansa news agency. The motive for the attack is unclear, and officials said there were no indications of terrorism. His identity has not been revealed.

Among those stabbed is Pablo Mari, a former Flamengo player and current Monza. He was transported by helicopter to the Niguarda hospital in Milan, conscious. Mari suffered deep injuries to his back, but no vital organs, such as his lung, were affected, said Monza chief executive Adriano Galliano, adding that his life was not in danger and that he should recover quickly.

Mari, 29, is on loan from English team Arsenal to Monza. He played for Flamengo in the second half of 2019 and was champion of Libertadores and Campeonato Brasileiro.

The victims — four men and two women — are between 28 and 81 years old. Three others are in hospital in serious condition.

The supermarket expressed its solidarity with the employees and customers involved in the attack, as well as their families, and said that a psychological support service is available for those affected.

“Now that we are far away, we are calmer, but we were really scared, we didn’t understand what was happening, we saw people running in tears,” a girl who was in the mall at the time of the attack told Ansa.