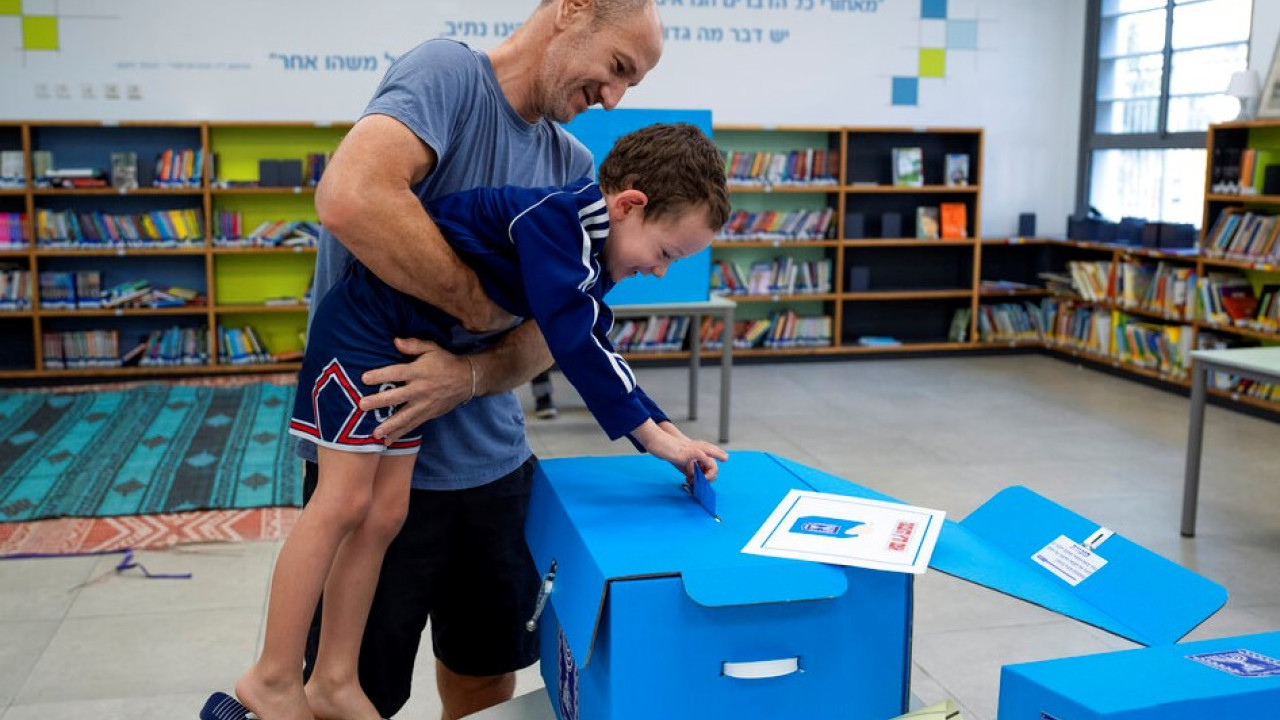 Benjamin Netanyahu, who hopes this election will mark his return to the prime ministership, toured the suburbs of Tel Aviv “to make sure that the whole world comes out to vote” for his Likud party.

Increased participation appears Israelis in today’s parliamentary elections, the fifth in the country in less than four years.

At 14:00 local time, the turnout stood at 38.9%, which was 4.3% higher than the previous election in March 2021. It is also the highest rate recorded in Parliamentary Elections from the opening of the polling stations until this time, since 1999, as reported by the Electoral Commission.

The polling stations will close at 22.00 (local and Greek time). Immediately after, the first polls will be released and the announcement of the first official results will follow. The result of the final count will be announced on Thursday.

Since the morning, politicians of all parties have multiplied their calls to the 6.8 million registered voters to exercise their right to vote. Benjamin Netanyahu, who hopes these elections will mark his return to the prime minister’s seat, toured the suburbs of Tel Aviv “to make sure the whole world comes out to vote” for his Likud party. “We won’t have another chance,” he stressed.

Read about it: Parliamentary elections in Israel: The next Knesset will likely be even more right-wing

Opposing the right-wing coalition, 58-year-old Yair Lapid, prime minister since July and head of the Yes Atid (There Is a Future) party, also heads a coalition unique in Israel’s history as it unites factions of the left, center, right and an Arab party, is trying to convince that the path set in these last months must be continued.

“Vote today for the future of our children, for the future of our country. Vote correctly!” said Lapid earlier, who voted in his Tel Aviv stronghold after visiting the grave of his father, former minister and journalist Tommy Lapid. “My father told me all his life, ‘Remember that the greatest miracle that ever happened to us was that the Jews have their own country.’ I promised him this morning that we will continue to work hard to secure the future of this miracle,” Lapid added.