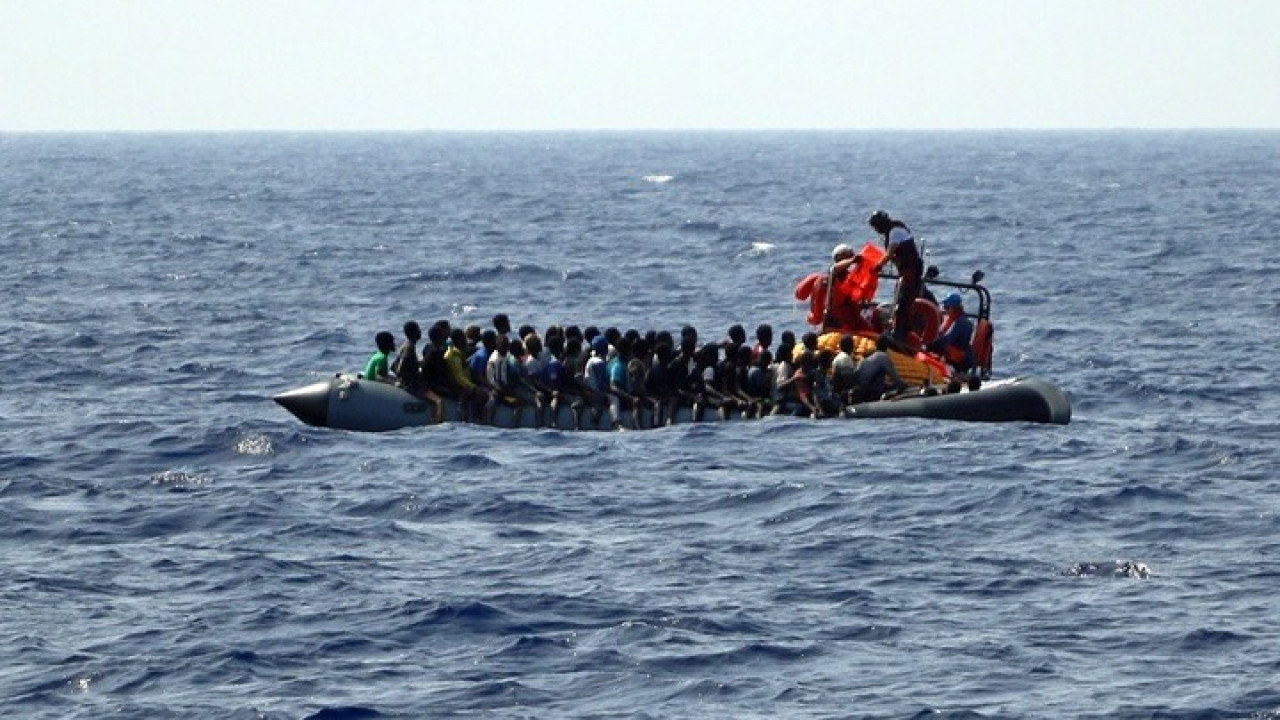 The organization says it first deployed a vessel participating in search operations in the Mediterranean in June 2015 and estimates that since then, its operations have saved the lives of 45,000 people.

The German aid organization Sea-Watch christened its new ship, which will carry out search and rescue operations for migrants and refugees in the Mediterranean: Sea-Watch 5, yesterday Thursday in the port of Hamburg.

The 58-meter vessel, launched 12 years ago, will be refitted and prepared in the coming months for its first deployment to the Mediterranean in spring 2023.

“Sea-Watch 5 is a declaration of war against all those who violate human rights” in the Mediterranean, the NGO stressed.

Her new ship is bigger, faster and more efficient than all the previous ones. It can bring more people on board and allow them to be better cared for, the aid organization noted.

Sea-Watch calls its new ship a “reaction” to the emergence of a new government after Italy’s far-right turn.

Human rights “are only worth something if they apply to everyone,” explained its spokesperson, Mattea Weihe.

The organization says it first deployed a vessel participating in search operations in the Mediterranean in June 2015 and estimates that since then, its operations have saved the lives of 45,000 people.

At the end of last month, Italy’s new Prime Minister Giorgia Meloni declared that she intends to “end” the arrival of immigrants from Africa to her country.

Johannes Bayer, a member of the board of directors of Sea-Watch, emphasized in the press release published by the NGO that “we strongly oppose the criminalization of immigration and rescues at sea by an alliance of parties with fascist roots. Instead of ‘mother, Italian, Christian’, we say ‘rescues at sea, human rights, Sea-Watch 5’.

According to the figures of the International Organization for Migration (IOM), part of the UN system, in 2021 alone the number of dead and missing migrants in the Mediterranean reached 2,048, of which 1,553 were lost in its central part. Every year, thousands of people fleeing their countries to escape armed conflict or poverty try to reach Europe by crossing the Mediterranean Sea from Libya, whose shores are some 300 kilometers from Italy.

Facebook
Twitter
Pinterest
WhatsApp
Previous article
Environmental conservation body, ICMBio orders to reduce spending by up to 80%
Next article
Opinion – Vinicius Torres Freire: Income tax exemption for those who earn up to R$ 5,000 is a serious mistake by Lula