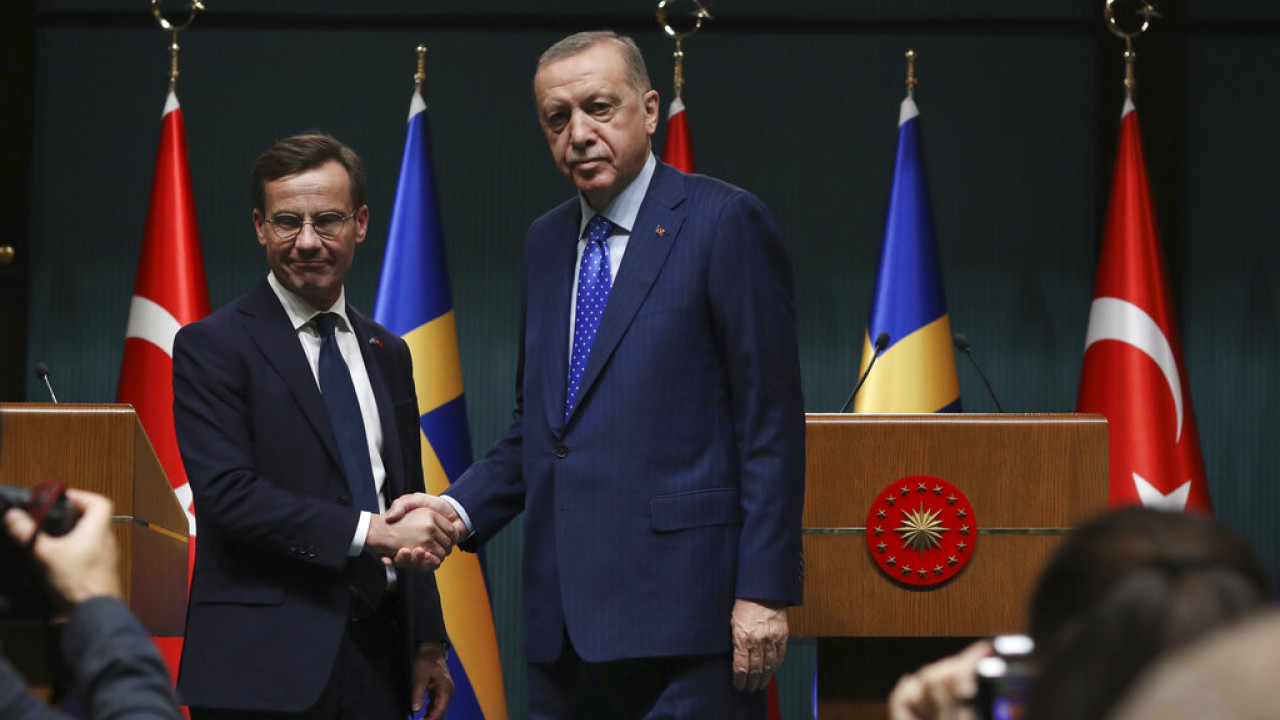 We sincerely hope that Sweden’s accession to NATO will be completed, Erdogan told Christerson

The Turkish president asserted that “until next July we have time and as you know there are also elections next June 2023, both presidential and parliamentary. So we have to appear accordingly in front of our people

According to SKAI correspondent in Istanbul, Manolis Kostidis, the Turkish president asserted that “we have time until next July and as you know there are also elections next June 2023, both presidential and parliamentary. So we have to appear accordingly in front of our people. This is what I told my dear friend. And we will take the necessary steps accordingly,” he emphasized.

According to APE-MPE, Swedish Prime Minister Ulf Kristerson pledged today in Ankara that he will fully implement the memorandum for the removal of Turkey’s objections regarding Sweden’s accession to NATO.

“We understand Sweden’s concerns about its security and we want it to respond to ours,” said Turkish President Recep Tayyip Erdogan, who has been preventing Sweden and Finland from joining the North Atlantic Treaty Organization since last May. “We want Sweden’s support against terrorism,” he added.

After the meeting he had with the Prime Minister of Sweden, Erdogan announced that “a new meeting will be held at the end of the month in Stockholm”. “We hope for a more positive conclusion,” he said, and assured Christerson that “we sincerely wish that Sweden’s accession to the Alliance will be completed.”

Along with Finland, Sweden applied to join NATO in May amid Russia’s invasion of Ukraine. Turkey has opposed that prospect, accusing the two countries of providing protection to fighters from the Kurdistan Workers’ Party (PKK) and the People’s Protection Units (YPG), which Ankara calls “terrorist”.

In order for Turkey to lift its objections, the three countries signed a memorandum on the sidelines of the NATO summit in Madrid last June, which mainly concerns Ankara’s request for the extradition of “terrorism” suspects.

Facebook
Twitter
Pinterest
WhatsApp
Previous article
Climate change is costing trillions and… the poorest are paying – What a new study shows
Next article
US midterm elections: The scenarios for the results – How they will affect Greek-Turkish