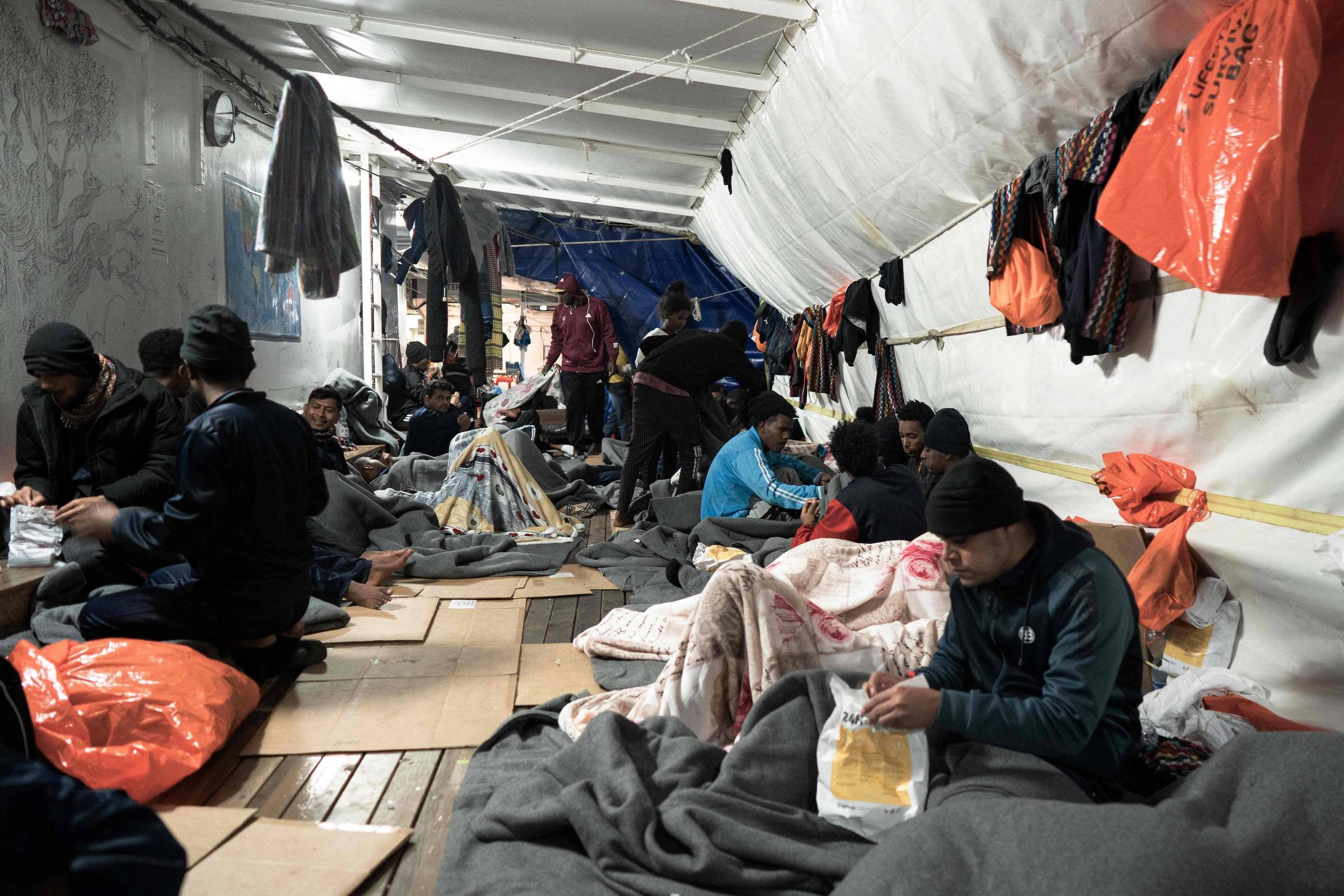 Italy’s refusal to receive an migrant ship sparked a diplomatic row between the country and France. That’s because the vessel, which was carrying more than 200 people rescued by an NGO, ended up heading to the military port of Toulon after being adrift for days on the Italian coast, unable to dock.

The attitude of Rome – which has just elected a strongly anti-immigration prime minister, the ultra-rightist Giorgia Meloni – was described as “selfish” and “incomprehensible” by Paris. “There is no doubt that he [o barco] was in the Italian search and rescue zone. France deeply regrets that Italy has chosen not to behave as a responsible European state,” said French Interior Minister Gerald Darmanin, adding that the incident will have “serious consequences for the bilateral relationship between the two nations”.

One of them has already been anticipated — the government of Emmanuel Macron backtracked and withdrew its offer to welcome 3,000 newly arrived immigrants to Italy. It will also promote a strengthening of border controls between the two European countries.

The issue of immigration within the borders of the European Union, a bloc based on the free movement of people, among others, has been a source of tension between the nations that make up the bloc for years. But France’s harsh and open criticism of Italy this Thursday is unusual.

Paris insists that under international maritime law, Rome should have allowed the boat to dock at one of its ports. The Italian authorities, in turn, demand that other EU members share with the country, one of the biggest gateways for refugees coming from North Africa by sea from the continent, the responsibility of hosting them.

The boat refused by Italy, the Ocean Viking, was carrying 234 people, 57 of them children. France, which at first had only allowed the disembarkation of three immigrants who needed urgent medical attention and an escort, has given in and will shelter about a third of them. Germany receives the other third, and the rest of the immigrants will be divided among other European countries.

According to the NGO SOS Mediterráneo, which operates the ship, one of the passengers was in an unstable condition and had not reacted to medical treatment since October 27, while the others had been injured since leaving Libya and were at risk of long-term health problems. term and because of the wait to receive treatment.

The ship was part of a convoy of boats carrying migrants who had requested to dock in Italy this week — in total, they carried about 1,000 passengers. Two of the ships landed on Tuesday in the city of Catania, Sicily, and a third, smaller, won permission to dock at the port of Reggio Calabria, also in the south. Only the Ocean Viking was turned down.

Facebook
Twitter
Pinterest
WhatsApp
Previous article
SYRIZA: Mr. Mitsotakis is not in a position to pose any dilemma
Next article
Axata Murthy: The Indian wife of the British Prime Minister is richer than King Charles

France: Immunologist warns of spike in coronavirus cases due to new variant of Omicron