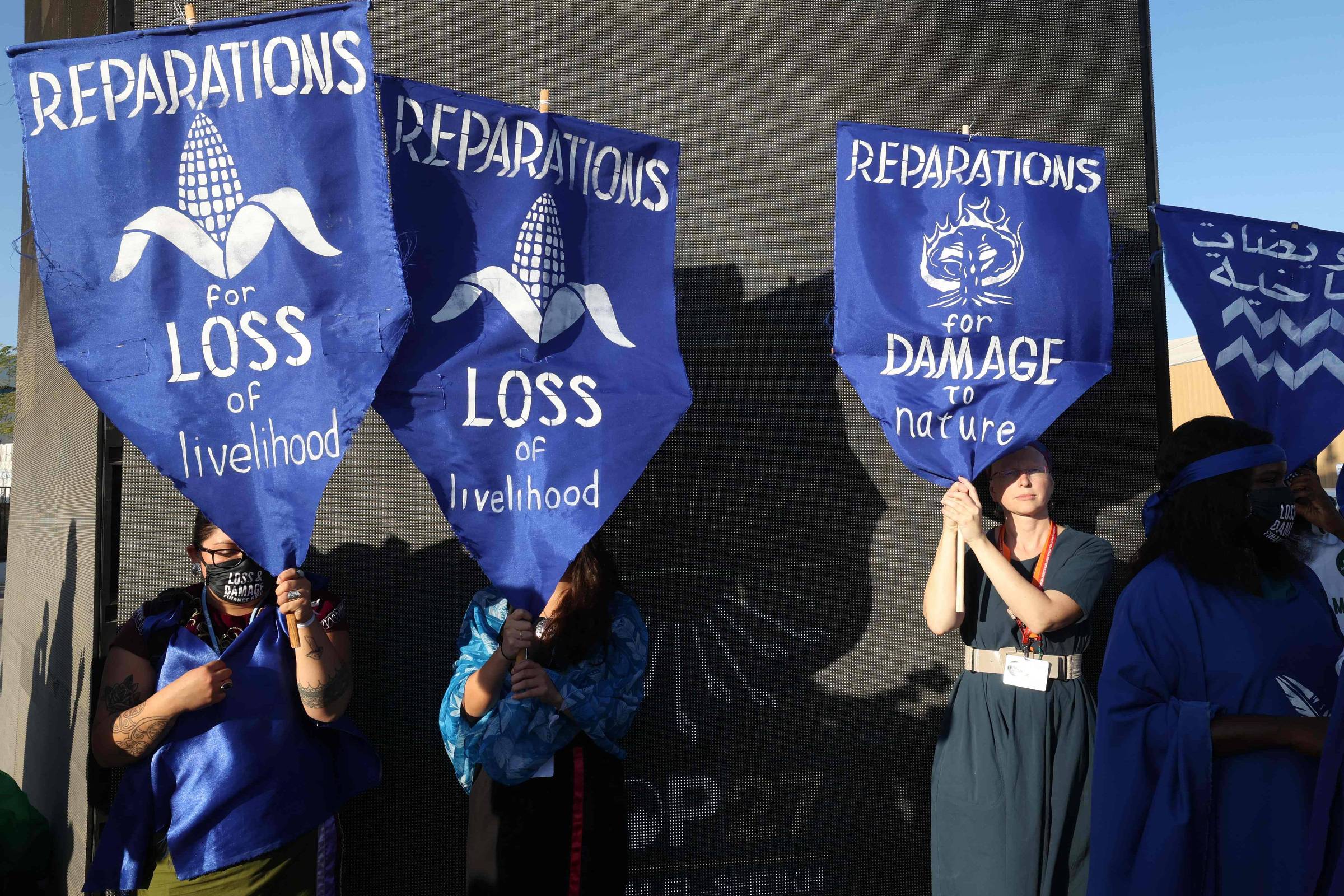 Increasingly indebted, developing countries also accumulate challenges to deal with the climate crisis. At COP27, the UN climate conference that runs until the 18th, in Egypt, they propose the restructuring of their external debts as a way to make climate financing viable — the main obstacle in the UN climate negotiations.

The proposal is defended by countries such as Argentina and also by V20, the group of countries most vulnerable to the climate, which today comprises 58 economies – 27 of them are concentrated in the African continent, while eleven are in Latin America.

The Egyptian presidency of COP27 launched a call for a sustainable debt coalition, inviting debtor and creditor countries to become members.

Announced on Thursday (10) in the African pavilion of the conference, the coalition intends to deepen the proposal in the negotiations for the implementation of the Paris Agreement. The idea is that it is guided by a declaration that has been built throughout the UN conference.

“Without greater fiscal space and an international forum to address outstanding debt issues, many nations will fail to deliver on their development priorities and fail to make vital progress towards their climate goals, leading to a global failure on climate change.” says the initiative.

The proposal is not an item on the COP27 diplomatic negotiations agenda. In the view of observers of the negotiations heard by the report, the climate conference would not be an adequate forum for the instrument, which depends on bilateral agreements.

However, the V20 bloc and civil society organizations such as Avaaz advocate that the instrument for exchanging debt for climate and nature actions be included in the texts that negotiate the implementation of article 6.8 of the Paris Agreement, which provides for non-market approaches. of cooperation.

Another possible space would be the chapter on financial measures to be adopted by the working group of the subsidiary body of scientific and technical advice for the UN climate negotiations.

A report released by V20 last June states that damage from extreme weather events (such as heavy rains, floods, extended droughts and hurricanes) has already cost 20% of the economies of the bloc’s countries, totaling US$ 525 billion (R$ 2.8 billion). trillion) over the past two decades.

They don’t ask for forgiveness. To deal with the costs of damage from climate disasters and preemptively invest in climate change adaptation, countries speak in exchange of debt for climate action.

The solution responds to an argument by rich countries that there is simply not enough money to finance responses to the climate crisis.

As they are the biggest historical responsible for global warming, having accumulated greenhouse gas emissions in the atmosphere since the Industrial Revolution, developed countries are charged for financing climate actions in the rest of the world, according to the Climate Convention, signed in 1992, in Rio de Janeiro.

John Kerry, the United States’ special envoy for climate – the largest historical emitter and the second-largest current emitter – has publicly stated that there is no money to repair climate loss and damage, which can be overwhelming and cost exorbitant.

🇧🇷[A troca da dívida por ação climática] is the possibility of another negotiation. Creditors can say: I’m going to review your debt to support you in your climate change mitigation and I can even give you discounts on that, after all you’ve had damage”, says consultant Ana Cristina Barros, former biodiversity secretary at the Ministry of Environment.

Between 2005 and 2010, she mediated a negotiation between Brazil and the United States that allowed the exchange of US$ 20 billion (R$ 106 billion) of old debts — before the 1960s — for investments in forest conservation actions in Brazilian biomes. , with the exception of the Amazon.

Although it is the subject of great international concern, the world’s largest rainforest was left out of the debt restructuring because it already had much higher investments coming from Germany and Norway through the Amazon Fund.

The exchange of old debts for environmental investments has been envisaged by Americans since 1998, when the country enacted the Rainforest Conservation Act.

In 2018, the Seychelles achieved a pioneering agreement by exchanging US$21.6 million (R$115.2 million) of debt with multilateral banks for actions to protect the seas. The NGO The Nature Conservancy brokered the deal, acquiring debt assets, dubbed “blue assets”.

According to data cited in the New Climate Institute report, “debt by nature” swaps have already canceled around US$ 1 billion (R$ 5.3 billion) of foreign debt in the world by 2020. creditor and, in a minority, multilateral banks. Commercial debts represent less than 10% of the agreements.

Argentina —which has become the largest debtor to the IMF (International Monetary Fund) in the world and has a debt slightly higher than GDP—has defended with its main creditor that investment in environmental actions replace part of the external debt. The IMF has signaled positively about the instrument.

The country is one of the most vocal in articulating this agenda. In 2007, then-President Néstor Kirchner had already defended in a speech at the UN General Assembly that the solution to the foreign debt passed through the recognition of the contribution given by the maintenance of vegetation and forest reserves. The current Argentine president defended the mechanism again in 2021, when he spoke at the climate summit convened by Joe Biden.

In addition to COP27, the proposal should be taken to COP15 on Biodiversity, which takes place in December in Canada, where the UN hopes to close a version equivalent to the Paris Agreement on this topic.

By including biodiversity in the account, the scenario becomes even more complex, and the advantage can change sides. A report by the NGO Avaaz proposes that the world consider the ecological debts that rich countries generate and, in return, the environmental services provided by countries with large reserves of biodiversity — with much of it concentrated in developing countries.

“Brazilian ecosystems generate environmental benefits estimated at US$ 5 billion (R$ 26.6 billion), while its debt reached US$ 1.3 billion in mid-2022”, compares the study. “Therefore, the country provides an environmental contribution to the world 3.6 times greater than its debt”, he concludes.

The gap is even wider in large forest reserves like Indonesia — which owes $8.7 billion but provides 135 times more environmental services, according to the study.

The comparison is further endorsed by a World Economic Forum report released in 2020. It estimates that more than half of the world’s GDP —US$44 trillion (R$234 trillion)— is highly dependent on biodiversity and tends to be ruined by losses in ecosystems.