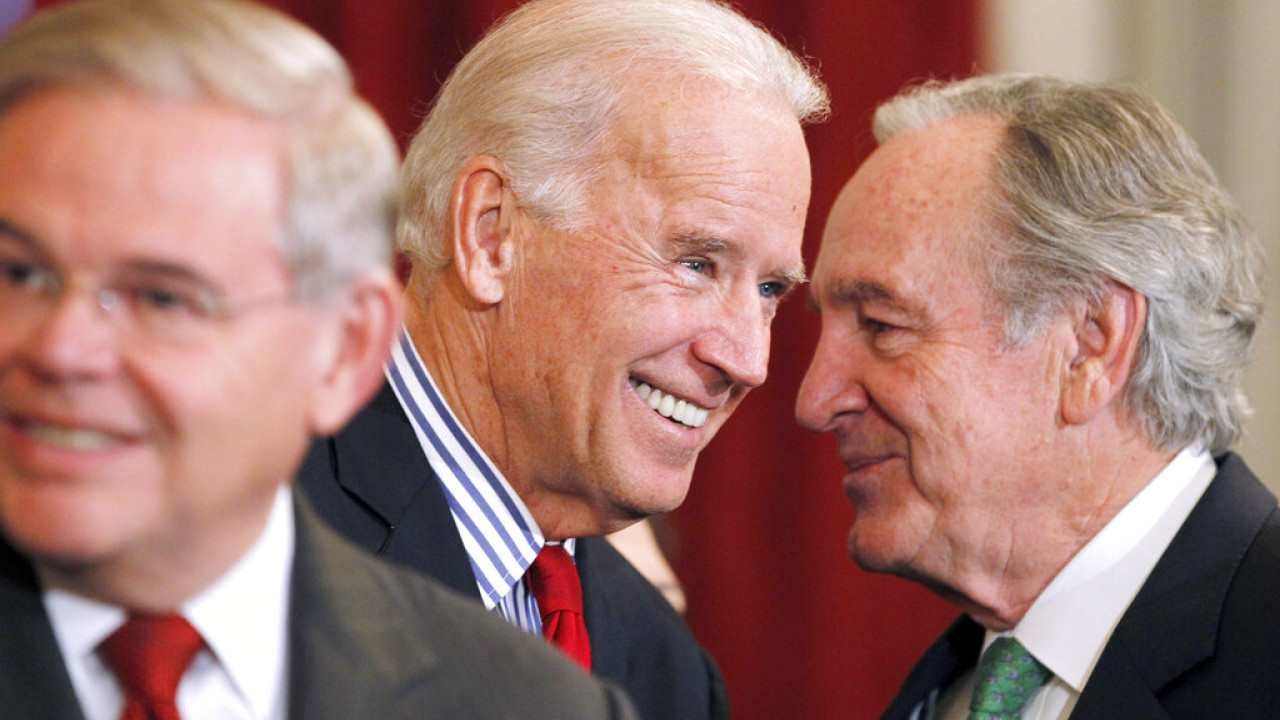 USA: What does the victory of the Democrats in the Senate mean for Greece – Menendez’s son was also elected

For the White House and for President Biden personally, the election result must be considered a vindication – “Condemnation of Trumpism”

Of direct Greek interest to our national interests were United States midterm elections.

The “white smoke” that came out late Saturday night from the state of Nevada marked the end of the race for control of the Senate. Sen. Kathryn Cortes Masto’s victory may have been narrow, but it was enough to ensure that at least one of the two chambers of Congress remains in Democratic hands. At the same time, the Republicans managed to achieve a Pyrrhic victory in the House of Representatives, as it looks like they will have a marginal and therefore fragile majority.

The importance of mid-term elections for Greece

As for Greece, Democratic control of the Senate is a positive as it means Senator Robert Menendez will continue to chair the Senate Foreign Relations Committee. For the Congress in particular, it is equally important that all the expatriate MPs have managed to retain their seats and come through this election unscathed. Although the Greek parliamentary group lost two Philhellenic MPsCarolyn Maloney and Ted Deutsch, was joined by Senator Menendez’s newbie son, Robert Menendez the youngest, who managed to get elected with characteristic ease in New Jersey. In the case of Chris Pappas, it’s a blessing in disguise that a derailment has been avoided as he is expected to run for a state senator seat in the next election.

The presence of expatriates at the state level is considered particularly satisfactory, with the return of Alexis Giannoulias to Illinois standing out, as he is considered a promising politician who, being only 46 years old, cannot be ruled out in the coming years on a steadily upward path towards the central American political scene .

Finally, the Republican “Dr. Oz” he lost pennsylvania, he accepted it and proceeded to declare defeat. Mehmet Oz is of Turkish descent and a Donald Trump pick, while the Democrat who defeated him, John Fetterman, has expressed pro-Hellenic positions.

I am so thankful for each and every supporter who made our victory last night possible.

This is just the beginning and I can’t wait to get to work.

We can meet this moment. And together, we will. pic.twitter.com/b3AXqPhxQk

The “red” majority in Parliament is not satisfactory

It is noted that the Republican majority in the House will certainly allow them to make President Biden’s “life more difficult” during the second part of his four-year term. In the Republican camp, however, there is no room for celebration. To their dismay and to the polls’ dismay, the “red wave” they had been waiting for never reached Washington. Their performances are more than disappointing, considering that mid-term elections traditionally tend to favor the party in opposition. In this unexpected result, it seems that the fact that in some crucial states voters ranked the issue of abortion and the course of American democracy particularly high.

For the White House and for President Biden personally, who was challenged by friends and foes alike, the outcome of the election should be considered a justification. In any case, the American president comes out surprisingly strengthened, given that much more popular presidents, such as Barack Obama, suffered a crushing defeat in the midterm elections. However, the same cannot be said for the former president of the USA, Donald Trump, who, against the recommendations of his associates, decided to get directly involved in the November elections. The result was certainly not what he expected and so instead of capitalizing on the impending “red wave”, he found himself fatally linked to the poor electoral performance of the Republicans.

After all, there are not a few analysts who speak for condemning “trampism” itself, as voters turned their backs on all the extreme candidates who formally embraced conspiracy theories that challenged the validity of the electoral process. The defeat of these “America First” candidates is a sure setback in the effort by Trump’s allies to control the electoral machinery in a number of swing states ahead of the 2024 presidential election. , the November election result opens for the first time since 2016 a “window” of contestation, which remains to be seen how it will be exploited by the traditional Republican elite, which has never taken kindly to Trump’s takeover of the party. What we have to wait to see is whether they will choose to invest in a more systemic candidate or look for a replacement for Trump who will more or less be able to express the same views, but in a more institutional way.