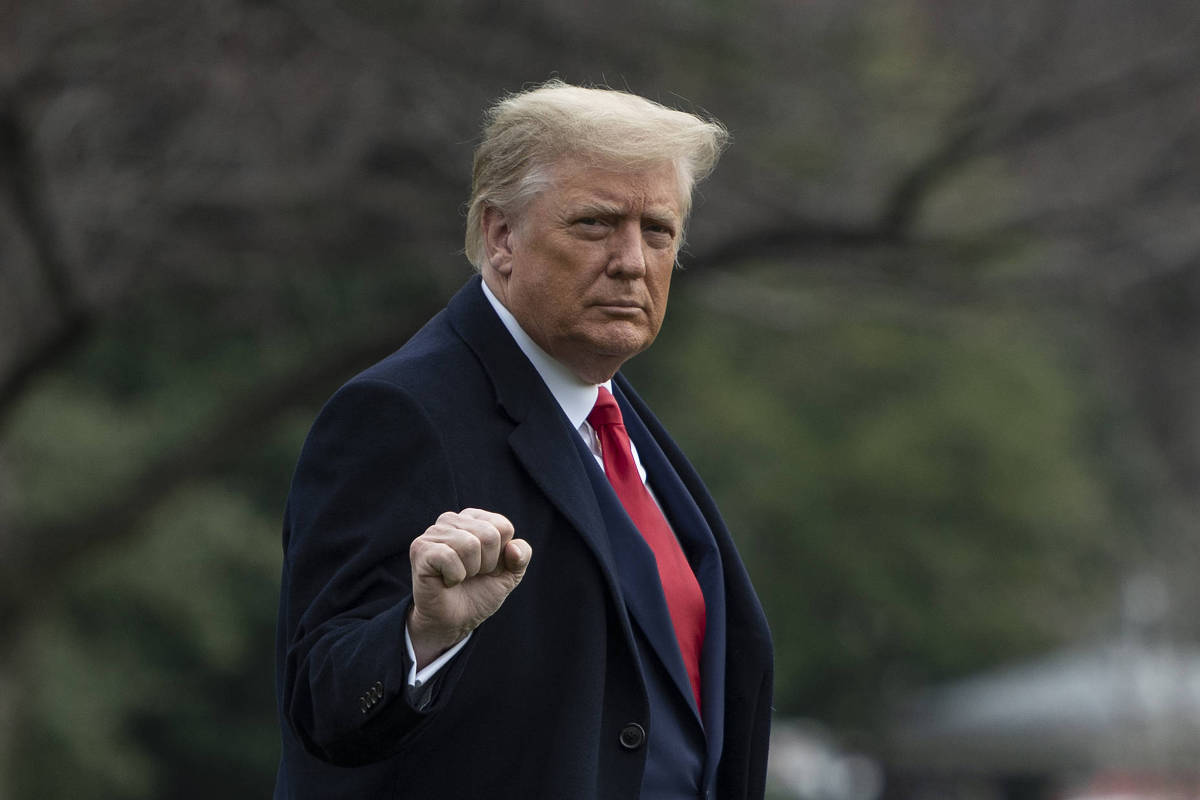 Opinion – Paul Krugman: Donald Trump is weak, but the Republican Party is more

After his party’s disappointing performance in the midterm elections, Republican elites seem to have decided that Donald Trump is their big problem. The Murdochs’ media empire has been crushing the former president. Many donors and election officials are joining Florida Governor Ron DeSantis. But Trump, who is expected to announce his 2024 presidential campaign on Tuesday, will not be quiet.

Will he get the nomination despite elite reservations? If you don’t, will a man who has never shown loyalty to his party, or for that matter to anyone but himself, sabotage the GOP out of spite? I don’t know any more than anyone who follows the news.

Instead, let’s talk about how remarkable it is that someone like Trump has managed to dominate one of America’s two major political parties and certainly maintains a substantial base.

I’m not talking about Trump having what I consider reprehensible political views, or even the fact that he has engaged in various acts, including attempting to overturn a national election, that can reasonably be described as seditious. Clearly, most of the Republican Party agrees with all of this.

I am speaking, however, of the evident perception of many Republicans that Trump is a strong leader, when in reality he is remarkably weak.

Starting with the personal character – not my favorite subject (I feel much more comfortable talking about politics), but something that clearly matters when you choose a commander in chief.

I don’t think it’s romanticizing the past to say that in the past, politicians who sought to be president had to look, well, presidential. That is, they had to show seriousness and dignity; whatever their behavior behind closed doors, in public they had to appear mature and self-possessed.

But Trump, 76, looks like a very naughty 14-year-old. He oscillates, sometimes in consecutive sentences, between bragging (what kind of person describes himself as a steady genius?) and whining, between pretentiousness and self-pity.

Aside from personal affection, what stands out about Trump’s tenure is his weakness, his inability to get things done.

In domestic politics, he ran in 2016 as a different kind of Republican, who would break with the party’s tax-cutting, anti-government orthodoxy. Once in the White House, however, he was a soft lump in Mitch McConnell’s hands. His only major domestic policy initiatives were the failed attempt to repeal Obamacare and a GOP-typical tax cut for corporations and the wealthy.

And your promises to invest in infrastructure? Nothing came out of them: “It’s Infrastructure Week!” became a joke.

In foreign policy, North Korean Kim Jong-un has made a fool of Trump with empty assurances about denuclearization. China’s Xi Jinping did the same on trade, causing Trump to pause his tariff increases in exchange for a promise to buy US goods that turned out to be utterly hollow.

In short, Trump’s performance in office was poor — especially compared to that of his successor.

President Biden has not achieved everything he wanted in domestic politics, but he has achieved a major infrastructure project and, in the Inflation Reduction Act, unprecedented spending to combat climate change and a major strengthening of health care. And the Democrats’ unexpectedly strong turnout in the midterm elections likely ensures that these political successes will endure.

Abroad, Biden built and maintained a coalition in support of Ukraine that allowed the invaded nation to resist Russia’s onslaught — a huge foreign policy success that recalls the United States’ pre-Pearl Harbor role as the “arsenal of democracy.” And Biden’s China policy, centered around export restrictions aimed at undermining China’s tech ambitions, is far more aggressive than anything Trump has done, even if Biden’s hasn’t received as much media attention.

However, Biden is often portrayed as weak and confused, while Trump was viewed by 90% of Republicans as a “strong leader” the day he grudgingly left office. How is this possible?

Trump’s personality cult may have been enabled in part by forces beyond politics. After all, we used to expect behavior worthy of captains of industry and politicians. But these days, perhaps because celebrity culture contaminates everything, business leaders are taken seriously even when they seem unable to avoid flamboyant displays of ego and insecurity. (Cough. Elon Musk. Cough.)

In addition, Republican elites trying to distance themselves from Trump have spent years tinkering with his image. Until a few days ago, Fox News, the main source of political information for much of the Republican base, gave Trump the kind of hagiographic coverage you’d expect from state media in a dictatorship.

And Republican politicians, many of whom knew well what Trump was like, have spent years praising him in language reminiscent of Politburo members praising the party president.

Now, those same elites want to get Trump out of the picture. But if they can deny him nomination, they probably won’t be able to avoid the high price to pay for their past cowardice.

Facebook
Twitter
Pinterest
WhatsApp
Previous article
At 55,917 the new cases of the week – 115 deaths – 81 intubated
Next article
Mitsotakis meeting with the board of the Association of Owners of Athens Daily Newspapers