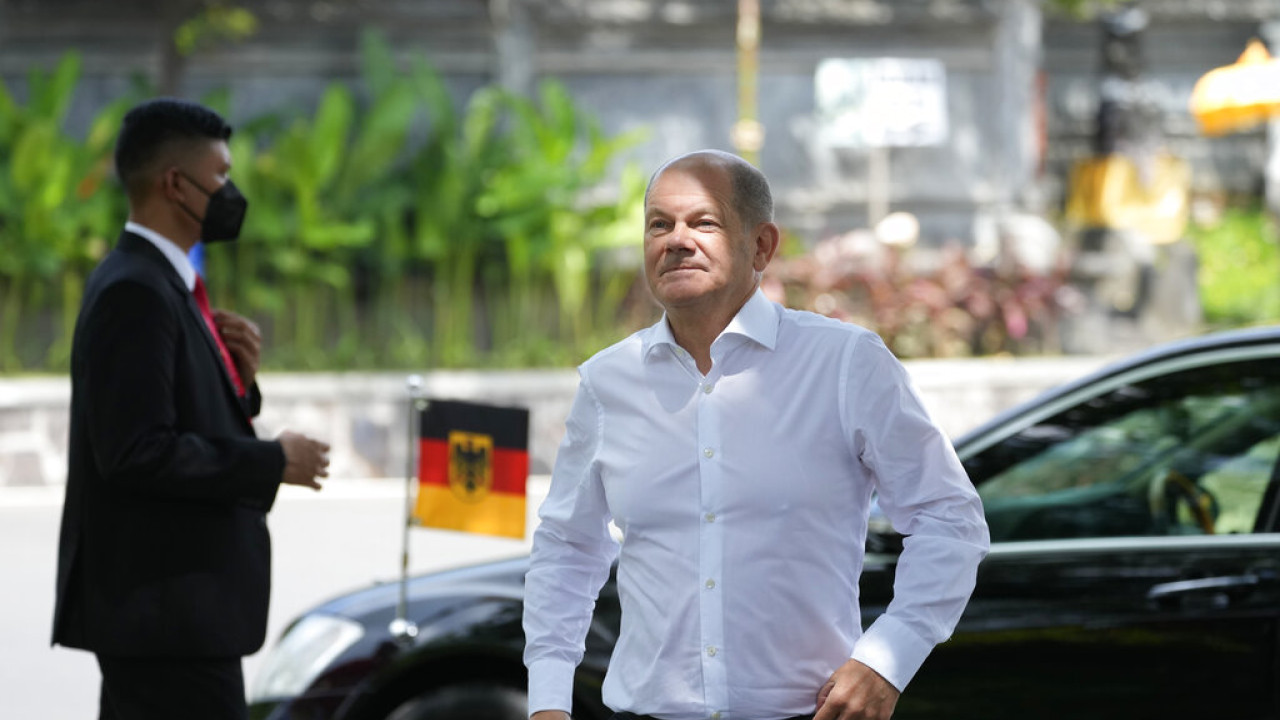 The German Chancellor requested a “careful clarification” of the circumstances under which the missile strike took place yesterday in eastern Poland Olaf Solz from Bali.

According to Handelsblatt, Scholz said the missile strike that killed two was a “terrible incident”.

“Now we have to do what is necessary, that is to clarify” he added without making any reference to the origin of the missile.

From Bali, where he is participating in the Summit of the Group of Twenty (G20), Mr. Scholz took part in the extraordinary meeting of the leaders of the countries of the Group of Seven (G7), which Germany chairs, and NATO – except the president of Turkey, Tayyip Erdogan, while he also had a telephone conversation with the president of Poland Andrei Dudain order to express his support.

In his statement, Mr. Soltz, who, according to the magazine Der Spiegelwas briefed on the incident at 3am (local time), again condemned the recent Russian bombings against Ukraine.

“We find power stations destroyed, substations hit, water supplies destroyed. This is not an acceptable form of warfare in this already unjustified war. And all this is happening while we are all here at the G20 Summit, declaring that this war must end and that Russia must withdraw its troops and stop these barbaric attacks,” said Mr. Soltz.

The Ukrainian government reinstated its request for enforcement of a no-fly zonewhich NATO has so far rejected.

Olaf Solz has stated that “a direct military confrontation with Russia is ruled out.”

Poland’s National Security Council (BBN) announced today that will meet again at 13:00 (Greece time) amid concerns that the war in Ukraine could spread to neighboring countries after yesterday’s missile landing on Polish soil.

“The BBN is reviewing the arrangements made so far with commanders, service chiefs and allies,” its chief Jacek Sivira said in a tweet.

The National Security Council was already meeting last Tuesday night after it became known that a rocket had fallen into a Polish village near the border with Ukraine, killing two people.

Poland’s Deputy Foreign Minister Pawel Jablonski said for his part that the country is safe because it is a member of NATO, but warned that other similar incidents may occur.

“The reaction of our allies, their unequivocal support and their willingness to stand by us shows that we are much safer than if we were not in NATO,” Yablonski pointed out, speaking to private radio station RMF FM this morning.

“As a country neighboring Ukraine we may be exposed to various incidents, including some that occur by mistake“, he added.

The president of Poland Andrei Duda said earlier that his country had no “solid evidence” to show who fired the missile, which hit a rural settlement in the village of Shevodov, about 6 kilometers from the Ukrainian border.

According to American officials, the preliminary evidence indicates that the missile was fired by Ukrainian forces aimed at intercepting an incoming Russian missile, the Associated Press reported.

With information from APE

Facebook
Twitter
Pinterest
WhatsApp
Previous article
New robbery in Makrisia with a 38-year-old victim – He beat her in front of her child
Next article
Polytechnic anniversary: ​​Inside the junta’s torture site in Piraeus – The abandoned “Papadogeorgi” camp (video)