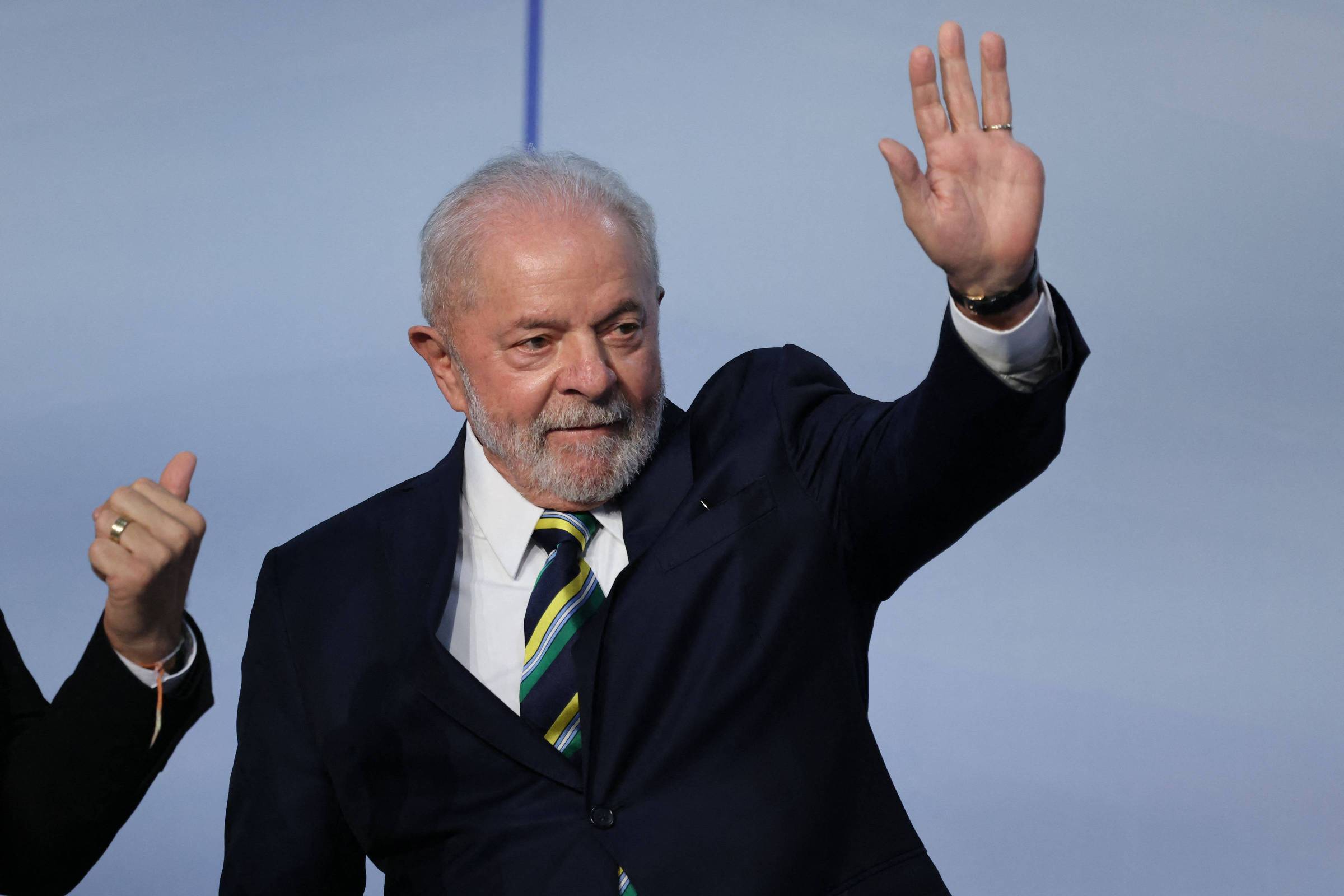 At COP27, Lula says that combating the climate crisis will be a priority in the new government

In his first international speech since the election, Lula (PT) demanded at COP27, the UN climate conference, this Wednesday (16), resources for countries to face the climate crisis, with a “new international order”.

The issue of climate change “will have the highest profile in the structure of my next government”, he said. “There is no climate security for the world without the protected Amazon.”

“There are not two Brazils, nor two planets Earth. We need more empathy and more trust between peoples. Overcoming and going beyond immediate national interests, to be able to collectively weave a new international order that reflects needs for the present and the future” , he stated.

Lula highlighted that the climate crisis “compromises lives and generates negative impacts on the economy of countries”, citing data from the WHO (World Health Organization), and criticized the dismantling in the environmental area during the government of Jair Bolsonaro (PL).

The speech in the space of the United Nations, in Sharm el-Sheikh, Egypt, comes after he announced in the morning, in an event with governors of the Legal Amazon, that he will ask the United Nations that Brazil be the host of the event in 2025.

The speech began around 5:30 pm (local time, 12:30 pm Brasilia time). When closing the speech, about half an hour later, he said that the world can expect a Lula “much more demanding”.

The room where the speech was given was filled to capacity almost an hour before the event began. To accommodate more people, an additional room was made available with the transmission.

In the first two rows sat, among others, senators Renan Calheiros, Randolfe Rodrigues, Kátia Abreu, Fabiano Contarato, as well as the governor of Pará, Helder Barbalho, and Marina Silva, elected federal deputy and former Minister of the Environment (main name quoted for the position in the new government).

Since the morning, Lula’s agenda at COP27 has packed the conference spaces, with supporters singing campaign songs while waiting for the events to begin.

Alongside the governors of the Legal Amazon, in the morning, he said that he will ask for the COP30 on climate in Brazil to be held

“We are going to talk to the UN secretary general and ask that the 2025 COP be held in Brazil and in the Amazon”, said Lula.

“I am here to tell you that Brazil is back in the world. Brazil is coming out of the cocoon to which it was subjected over the last four years. Brazil was not born to be an isolated country”, he also stated.

Lula, in the morning, criticized that “Brazil did not travel to any country and nobody traveled to Brazil” in the Bolsonaro government. “It looked like a blockade, but it wasn’t an economic blockade — it was a blockade against a government that was taking no action, no effort to talk to the world,” she said.

As for the place where the conference could take place, Lula mentioned Amazonas and Pará as states able to host the meeting.

THE Sheet found out that Lula should meet with António Guterres, secretary general of the UN, this Thursday (17). The Portuguese, who is in Bali participating in the G20, will return to Egypt in the coming hours.

The presidency of the Climate COP has regional rotation and returns to a Latin American country in 2025. The conference would have taken place in Brazil in 2019, but was canceled by Bolsonaro in 2018, shortly after he was elected.

The speech about Brazil’s request to host the COP30, in 2025, came after a suggestion by Helder Barbalho (MDB), governor of Pará, responsible for inviting Lula to participate in the conference in Egypt.

“In addition to proposing that the COP take place in Brazil, I would like to ask you to offer the Amazon to host the COP in 2025, the COP30, so that we can take the planet to debate the Amazon by knowing the Amazon”, he said.

On this first day of public agenda at the event, after closed-door meetings on Tuesday, Lula received a letter from governors of the Legal Amazon this morning with proposals for the region. The reading of the document, which was viewed with skepticism by NGOs (read at the end), was done by Helder Barbalho.

“We express our willingness to build a fruitful and effective relationship with the federal government, based on democratic respect, observance of the Constitution and dialogue with the powers constituted at the state and federal levels”, says the text.

Politicians reinforce, however, that they want to preserve the autonomy built over the last four years — when they mobilized in joint actions aimed at the region, positioning themselves almost as a parallel entity to the government of Jair Bolsonaro.

Lula, after reading it, said he agreed with the content.

Also in his morning speech, he reinforced his campaign promise to create the Ministry of Indigenous Peoples, to strengthen public policies for indigenous peoples.

Upon arriving at the COP27 pavilion this morning, at around 11:15 am local time (6:15 am by Brasília time), before taking his stand in front of the public, Lula met in a room with the governors of Acre, Mato Grosso, Pará and Tocantins, in addition to Senator Randolfe Rodrigues (Rede-AP) and Fernando Haddad, who is part of the transitional government entourage.

Lula and his entourage entered the event using “host country” credentials, as guests of the government of Egypt —according to the PT advisory, hosting in Sharm el-Sheikh is also an invitation from the presidency of the African country. The resort hotel where the president-elect is has daily rates starting at R$9,000, according to booking sites.

At Lula’s entrance, the Sheet asked the PT member how he receives criticism for going to COP27 using a jet belonging to businessman José Seripieri Filho, known as Júnior, founder of Qualicorp and owner of QSaúde. In response, the president-elect nodded and said he would speak “later” on the issue.

This Thursday (17), Lula should meet at 10:00 am (local time, 5:00 am Brasília time) with representatives of Brazilian civil society and, at 3:00 pm (10:00 am Brasília time), participate in the International Forum of Indigenous Peoples/Forum of People on Climate Change.