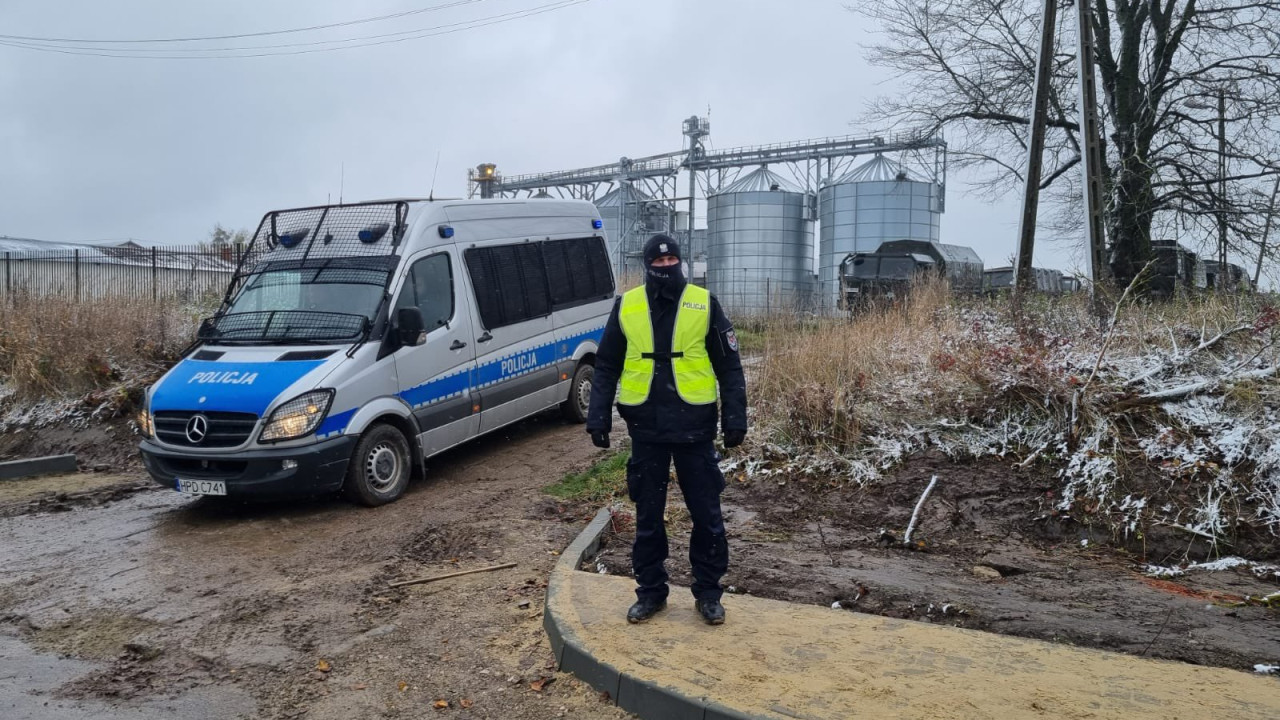 Poland: The crater created by the rocket – The area cut off from the world – See photo

The area in the grain dryer is cut off from the outside world. One of the Polish police photos shows the large crater created by the missile and police in special uniforms.

Drakontea are the security measures at village of Przewodow, Poland where the rocket landed killing two people.

The area where the grain dryer is located is cut off from the outside world. Access to it is blocked by the police and the military. All this so that the investigators can collect even the slightest trace from the scene according to the protocols.

In one of the photos of the Polish police appears large crater created by the missile and police officers in special uniforms. A special team of uniformed police officers, in the presence of the prosecutor’s office, “combs” the scene, ensuring that even the smallest trace will help clarify the tragedy in which the two Poles were killed.

Information from the Polish government states that the missile was launched from the Ukrainian missile defense system. Polish President Andrzej Duda stressed that it was not a deliberate attack on Poland.

After Poland provided information that the missile could be part of Ukraine’s air defenses, US Defense Department chief Lloyd Austin said he saw no reason to question that position. On Tuesday afternoon, President Duda spoke with, among others, the President of the United States Joe Biden and NATO Secretary General Jens Stoltenberg.

For his part, Ukrainian President Volodymyr Zelensky said on Thursday that he does not know 100% what happened with the missile in Poland, and that Ukrainian experts they go to Poland for research. He added that he believed it was a Russian missile.

Facebook
Twitter
Pinterest
WhatsApp
Previous article
Lionfish: An impressive fish – invader in Evia and Skyros – Why it is considered dangerous
Next article
In this world you play ball with the Mundoball of Let’s Bet