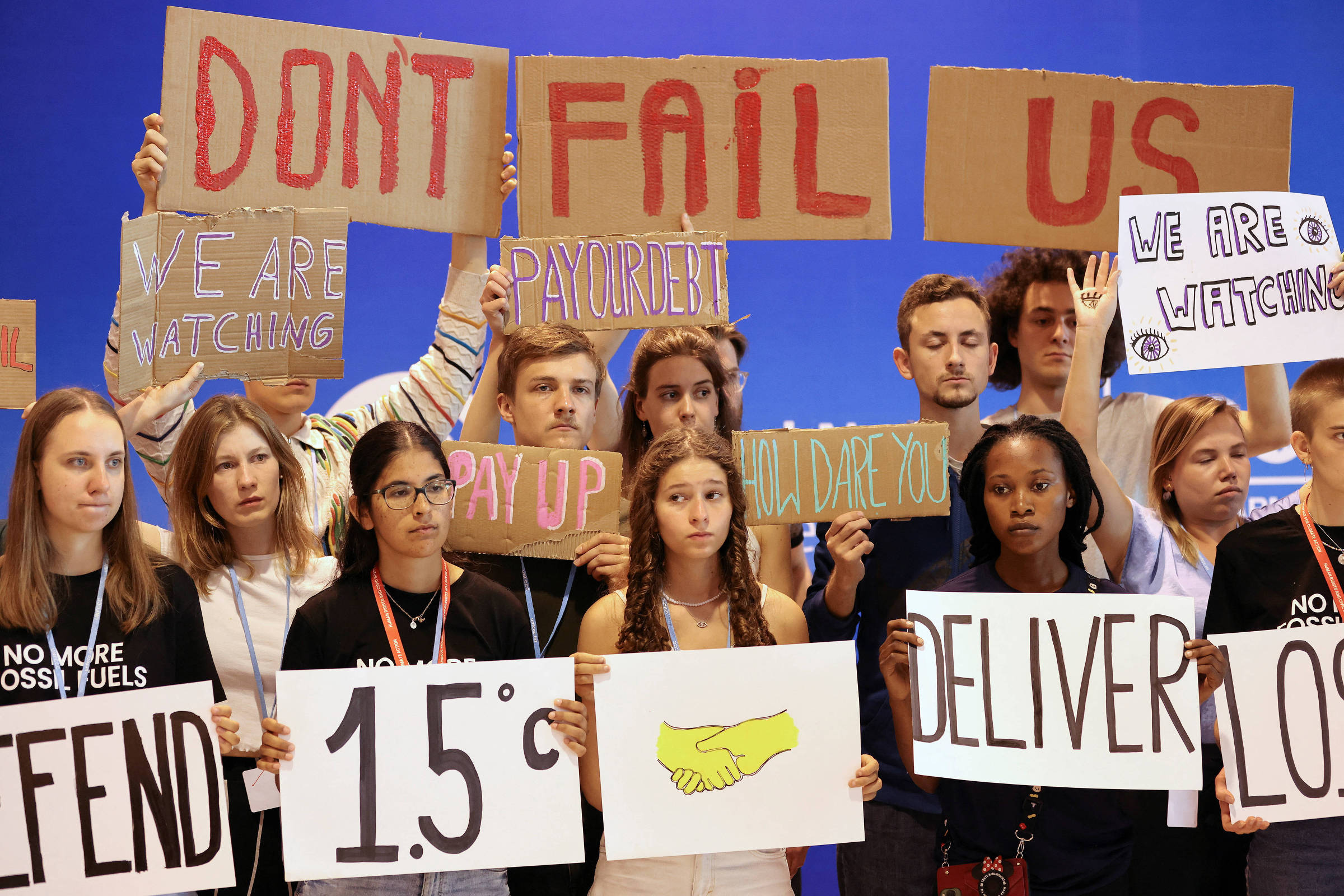 COP27 achieved what its previous edition had sought at all costs: to be the most important UN climate conference after the Paris Agreement, signed in 2015.

At the end of two weeks of negotiations and two more sleepless nights with proposals for last-minute texts, at dawn on Sunday (20), COP27 decided to create a fund to repair climate damage and losses.

For those who follow internet slang, it is possible to say that the president of COP27, the Egyptian climate envoy Sameh Shoukry “played the Egyptian”, that is, he feigned indifference, throughout the two weeks of negotiations, while the countries reiterated their positions without any flexibility.

The COP presidency was criticized by all blocs for not pressuring the parties for advances. But the boat was given in the end.

On Saturday (19), amidst rumors that the conference was at its worst and its conclusion would be postponed until next June, the COP27 presidency released the draft of a decision that established a fund to repair losses and damages, as the criteria required by developing countries. The bloc remained united during the “Africa COP” around a common priority: preparing to deal with the effects of the climate crisis.

Developed countries —which previously wanted to limit support only to the most vulnerable, which would leave most nations helpless— reached a consensus with the bloc of developing countries based on the use of the term “particularly vulnerable countries”.

The language, provided for in the 1992 UN Climate Convention, makes a difference: here the criterion for defining a country’s need is its exposure to extreme events and not its position in comparison with other countries.

Thus, the G77 + China bloc avoided yet another attempt to split the group of developing countries, reinforcing the principle of the convention that developed countries have greater responsibilities for being the major historical emitters and main causes of the climate crisis.

The recognition that this responsibility extends to repairing losses and damages is the great achievement of the decision on the new fund —whose practical operating details, after all, will still be defined over the next year.

There is no money to pay the bill for climate disasters, which are increasingly furious, which are already devastating entire countries with floods, hurricanes, droughts, among other extreme phenomena — all according to what was calculated by climate science more than 30 years ago.

Even in the face of devastating prognoses, when signing the Paris Agreement, countries agreed to leave behind those most vulnerable to climate change — while signing a historic agreement, with unprecedented consensus on the need to combat climate change.

Under a global average already 1°C warmer than pre-industrial levels, the world did not believe it was possible to contain global warming by even 1.5°C at the time of the Paris signing. The agreement then set the goal of containing the rise in global average temperature by “up to 2°C, in the direction of 1.5°C”.

The half-degree difference is a matter of life and death for the most vulnerable nations. Between the lines, the Paris signatories signed under the scenario in which island countries disappear from the map.

In 2018, the truth got more inconvenient when the UN climate panel concluded a report on the 1.5°C scenario stating that, yes, it is still possible, if the world manages to bring down about half of global greenhouse gas emissions. greenhouse by 2030.

The study caused a “climate” in the following years and countries were only able to face the challenge of updating their short-term climate goals under the political push of the then newly elected president of the United States, Joe Biden, who called a climate summit to announce that the US would adjust to the target recommended by the climate panel in early 2021.

As the next chapter, COP26 tried to make history by bringing to its final decision the countries’ recognition of the importance of containing global warming by up to 1.5°C. But the element of climate justice was missing, brought about by the assumption that the countries that contributed least to the crisis are paying the highest price, as well as by the perspective that the multilateral system serves precisely to guarantee, as the storm worsens, that the countries can rely on each other.

If the UK-based COP ended under protest from India and China, now it was the developed countries that came out complaining about the COP in Africa. According to the rich bloc, there is no point in repairing climate losses if we do not prevent them from getting worse — something that can only be done with more commitments to reduce emissions.

However, the password left by developing countries draws another line of reasoning: there is no point in demanding that each country reduce its emissions if the world does not cooperate to deal with the damage already caused by historical emitters.

That is, the way out to contain warming by up to 1.5°C would not be to prioritize the reduction of emissions, as suggested by rich countries, but precisely to guarantee equal treatment between mitigation, adaptation and now also the repair of losses and damages.

This balance is the challenge for the global climate in the coming years, fundamental for a curve in emissions and also increasingly sensitive to extreme events. After all, if countries are each on their own in dealing with the effects of the climate, they cannot be expected to cooperate for all when it comes to reducing emissions.

The diplomatic success of the climate agreement, which in Paris renewed the strength of the multilateral system, is once again a tool for restoring confidence between countries, shaken by a sequence of global crises, triggered by the coronavirus pandemic and the War in Ukraine.

It’s not exactly solidarity, although the rich bloc likes to use the word, but a basic lesson in interdependence — the first of a series of lessons that the climate crisis imposes on the political world.