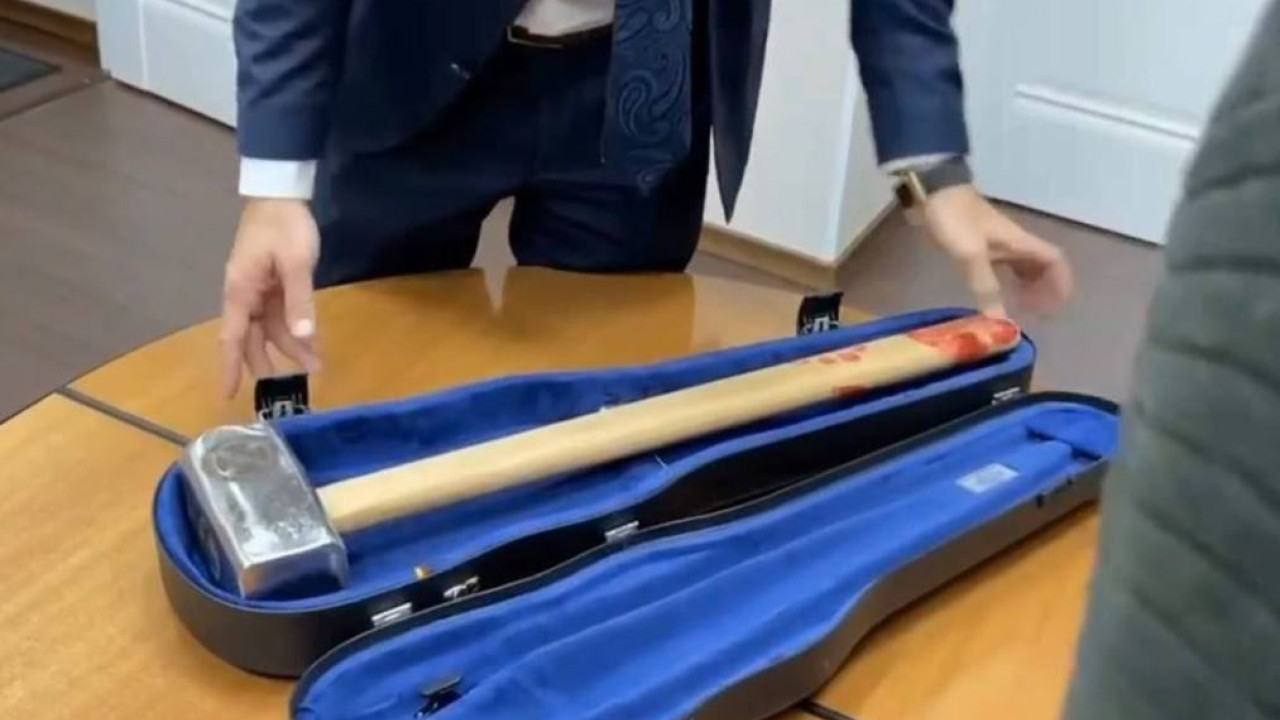 A sledgehammer with the “stamp” of the Russian paramilitary group Wagner and traces of blood on its handle was sent to the European Parliament, according to reports, after Russia was labeled a “state sponsor of terrorism” in the Ukraine war. However, European Parliament sources deny that such a thing happened

After EU Parliament declares Russia a terrorist state – Wagner forces Prigozhin sent the European Parliament a sledgehammer in a violin case with “traces of blood” pic.twitter.com/tx6wLQD66i

In fact, in a video posted on one of the Telegram channels, a lawyer who works for Yevgeny Prigozhin, carries a violin case into a bare room and places it on a table.

He lifts the lid of the violin case, revealing the highly polished hammer engraved with the Wagner logo and the handle painted red, as if it were stained with blood.

The “gift” in a violin case was brought by Prigozhin’s lawyer Igor Eliseev from St. Petersburg and handed over to bloggers who allegedly should send the instrument to Europe. pic.twitter.com/AeHGOHqSYz